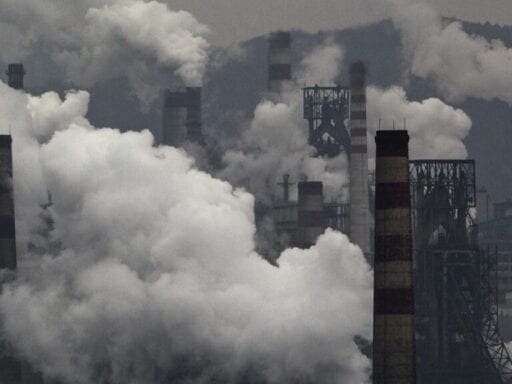 The IPCC says that even the most optimistic scenario for climate change is dire.

The leading international body of climate change researchers released a major report Sunday night on the impacts of global warming and what it would take to cap rising temperatures at 1.5 degrees Celsius, or 2.7 degrees Fahrenheit, above preindustrial levels — a goal that’s exceedingly difficult, but not impossible.

The report is from the Intergovernmental Panel on Climate Change, an international consortium of hundreds of climate researchers convened by the United Nations. Authors presented their findings in Incheon, South Korea after a week of discussion.

Why examine the prospects for limiting global warming to 1.5°C? Because under the Paris agreement, countries agreed that the goal should be to limit warming to below 2°C by 2100, with a nice-to-have target of capping warming at 1.5°C.

The report finds that it would take a massive global effort, far more aggressive than any we’ve seen to date, to keep warming in line with 1.5°C. Without such effort, we will continue at our current trajectory toward 3°C of warming. What’s more, even if we hit the 1.5°C goal, the planet will still face massive, devastating changes. So it’s pretty grim.

But the report is also a thunderous call to action, laying out what tools we have at our disposal (we have plenty) to mitigate global warming and to accelerate the turn toward cleaner energy. Let’s walk through the basics.

The planet has already warmed by 1°C due to human activity, and we’re seeing its consequences right now: Sea levels have risen more than 8 inches since 1880, we’re witnessing the fastest decline in Arctic sea ice in 1,500 years, and extreme weather events are becoming more damaging due to climate change — to name a few.

So heating the whole planet by another 50 percent stands to have even more devastating impacts, particularly for the most vulnerable, according to the IPCC report:

Some vulnerable regions, including small islands and Least Developed Countries, are projected to experience high multiple interrelated climate risks even at global warming of 1.5°C.

1.5°C of global warming is still far better than 2°C

A key point to remember is that while we talk about climate change in terms of averages, buried in those averages are extremes: more frequent and intense heat waves. More damaging storms. Higher oceans. These events can have a compounding effect that costs society far more than lost lives and damaged property from the disasters themselves. Coastal flooding can create a refugee crisis which in turn can drive armed conflicts, for example.

That’s why, as my colleague David Roberts explained, 2°C of warming is way worse than 1.5°C. It would increase sea levels by another 4 inches (10 centimeters) on average. It would knock down global wheat production by 7 percent. It would increase the intensity of severe rainfall events by 2 percent. “Adaptation is expected to be more challenging for ecosystems, food and health systems at 2°C of global warming than for 1.5°C,” according to the IPCC.

Zooming in to specific regions, 2°C would cause freshwater availability drop by twice as much in the Mediterranean as it would under a 1.5°C warming scenario. Some of the most densely populated regions of the world like Southeast Asia face far greater crop declines with an additional 0.5°C of warming. By 2100, limiting the global average temperature increase to 1.5°C would avert 150 million premature deaths.

On the other hand, the lower we can cap rising temperatures, the more benefits humanity will experience. “Improved air quality resulting from projected reductions in many non-CO2 emissions provide direct and immediate population health benefits in all 1.5°C model pathways,” according to the report.

All this adds up to a compelling moral and economic case for reaching a more ambitious climate change mitigation goal.

Limiting global warming to 1.5°C is going to be really, really hard. But we have to go for it.

Right now, though, only a handful of countries are on track to meet their targets set under the Paris agreement — targets, remember, that they set for themselves. Global greenhouse gas emissions are still increasing, and even climate change-fighting champions like Germany are on track to miss their goalposts.

Yet if every country were to meet its goals under Paris, that would still put the planet on a trajectory to warm by 3°C. Hitting the far more ambitious 1.5°C target is therefore a much heavier lift, in terms of politics, economics, and technology. Climate change campaigners have compared the endeavor to fighting a world war.

It would require replacing the bulk of the world’s fossil fuel generators with cleaner alternatives. It would drive the world to electrify everything. Planners would need to redesign cities to allow cleaner transportation. And governments would have to pay for their emissions at a price high enough to include the social costs of carbon.

The grimmest prognosis in the draft report is in the details of the effort it would take to actually limit warming to 1.5°C. Countries won’t just have to give up fossil fuels and stop emitting greenhouse gases; they’ll have to pull carbon dioxide straight out of the air.

“All pathways that limit global warming to 1.5°C with limited or no overshoot project the use of carbon dioxide removal (CDR),” according to the report. And not just a little, but a lot, upward of 1,000 gigatons of carbon dioxide removed from the atmosphere by the end of the century. This will require machines that scrub carbon dioxide out of the air as well as biofuels coupled with carbon capture and sequestration. These tactics have their own energy demands and environmental drawbacks, and we may not be able to deploy them in time.

“CDR deployment of several hundreds of [gigatones of CO2] is subject to multiple feasibility and sustainability constraints,” according to the IPCC report.

Countries will also have to make drastic changes to land use practices. Some of the warming that’s baked in will also force millions to retreat from coastlines. “Sea level will continue to rise well beyond 2100 (high confidence), and the magnitude and rate of this rise depends on future emission pathways,” according to the report.

We also don’t have much time to act. Because it takes decades for a buildup of carbon dioxide to influence the planet’s temperature, a 1.5°C warming trajectory demands cutting the planet’s emissions 45 percent below 2010 levels by 2030. The longer we wait, the more radical our options. And every fraction of a degree of warming matters.

The IPCC authors insist this report is not a political document, but it’s hard to avoid the political context. We’ve known the scale of the challenge for some time, but seeing it all combined in one place is staggering, and that’s part of the point of this exercise.

Though many public officials have historically shrugged off dire forecasts of our planet’s future, the upcoming report closes off the temptations of wishful thinking, that humanity will somehow limit its emissions on its own or that we can develop technology to offset all our problems. It shows that even in the best-case, most optimistic scenario, hard decisions lie ahead.

What it would really take to reopen American schools
Jared Kushner is reportedly still having some security clearance problems
Americans tend to see disease as a personal failure. That’s a terrible way of thinking about it.
Factory farms abuse workers, animals, and the environment. Cory Booker has a plan to stop them.
American Horror Story: 1984 puts the camp back into teen slashers
Coronavirus is in the air. Here’s how to get it out.