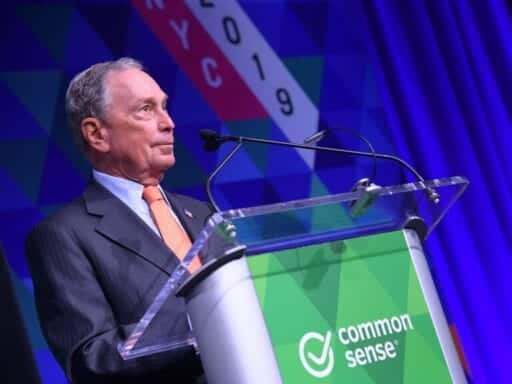 Michael Bloomberg’s renewed interest in running for president seems motivated in large part by intellectual and emotional hostility to the prospect of an Elizabeth Warren or Bernie Sanders nomination.

But — to the extent that the billionaire philanthropist manages to garner any support at all — the actual effect of him entering the race is likely to be the reverse: undermining frontrunner Joe Biden to some extent without materially damaging Warren or Sanders or having any realistic chance of winning himself.

The key is that in recent years moderates who’ve successfully fended off the left wing of the Democratic Party have done so with the support of black and Latino voters, who tend to be more moderate on the whole than white Democrats. But Bloomberg’s specific political career gives him little access to this constituency and thus little hope of securing the nomination.

Bloomberg should see both the lack of overt hostility from opponents and the lack of enthusiasm from core target demographics (i.e. me) as warning signs about his viability. https://t.co/qGn1FTXStR

That’s because it’s fundamentally ill-conceived and unlikely to work.

Bloomberg won in New York with an odd coalition

There is now a tried and true pattern by which moderate Democrats turn aside challenges that excite the party’s left-wing activists. Whether we’re talking about Hillary Clinton versus Bernie Sanders, Andrew Cuomo versus Cynthia Nixon, or even something smaller like the race between Melinda Katz and Tiffany Cabán for Queens District Attorney, moderates win based in part on overwhelming support from African American voters.

He won election as mayor three times, twice in very close races, but never by running in a Democratic Party primary. And in both of his tough races he performed terribly with African American voters. The coalition he put together, whether running nominally as a Republican or as an independent, instead united white moderate Democrats with actual Republicans — and depended on running up the score with huge victories in very Trumpy places like southern Staten Island and the white working-class enclaves of Queens.

You can’t win a presidential race this way because you have to go through the nominating process first. The pro-cop identity politics that Bloomberg leveraged to endear himself to New York City Republicans also gave him a very negative image with black voters over the course of more than a decade in office. And a moderate Democrat can’t win a presidential nomination without black support.

Meaning all Bloomberg could realistically achieve in the race is weakening Joe Biden.

The shaky resilience of Joe Biden

Joe Biden’s presidential campaign has faced a massive wall of skepticism from the press since it launched. But he’s proven extremely resilient based on a few core fundamental factors.

One of those is that the actual Democratic Party primary electorate is a lot older and more working-class than the people who cover politics for a living. The other is that while rank-and-file Democrats sympathize with a lot of progressive policy positions, there’s very little evidence that the bulk of the party is looking for a massive ideological overhaul. Both nationally and in key swing states, most Democrats say they prefer a moderate nominee who’ll promise to find common ground with Republicans.

That’s Joe Biden to a T — a relatively moderate Democrat who is running on an unrealistic-but-popular vision of finding common ground with Republicans.

It’s clear from the donor class’s enthusiasm for Buttigieg, the endless parade of columns (some by me!) urging voters to take a closer look at Amy Klobuchar or Steve Bullock, and now Bloomberg’s interest in joining the race that most people who look closely at the Biden campaign have serious doubts about it. His performance both in debates and on the stump looks pretty erratic — a reminder that his two previous presidential campaigns were flops and he’s also old.

But fundamentally he’s extremely well-known, the Obama administration remains very popular with rank-and-file Democrats, and his support from older working-class Democrats across racial lines is a plausible path to victory. Bloomberg stands no chance of poaching Biden’s black support, but with nearly infinite money to spend he certainly might peel off a fair amount of Biden’s support among white moderates. The question is what would this accomplish other than making a left-wing victory more likely?

Bloomberg should chill out

At the end of the day, whatever you think of the merits of the sweeping progressive agenda Warren and Sanders are running on, the chances that it will be enacted by Congress in 2021 are nearly zero.

It’s somewhat reasonable to worry that some of these ideas may alienate key voters and make Trump more likely to be reelected. But it’s not at all reasonable for smart, sophisticated political observers to actually worry that these ideas will be implemented, because the pivotal Democrats in both the House and the Senate are more conservative than Biden, to say nothing of Warren or Sanders. So to the extent that Bloomberg’s objections to the left-wing candidates are tactical in nature, there’s no point in doing something counterproductive like jumping in the race in a way that makes them more likely to win. And to the extent that his objections to them are substantive, he should just relax — there’s no way this stuff is going to happen.

What really might happen is that Trump might get reelected, which would be really bad for the causes Bloomberg believes in. Another thing that might happen is Democrats might secure a narrow majority in the Senate — which would likely lead to the passage of some moderate gun control legislation that Bloomberg favors and would allow the next president to confirm a strong team at EPA and the Departments of Energy and the Interior to do the kind of climate change regulation that Bloomberg favors. Bloomberg is a major political donor and putting money into the key Senate races — where almost all the Democratic nominees are Bloomberg-friendly moderates — is an excellent way to advance Bloomberg-style policy ideas. Running for president, by contrast, would be at best useless but very likely actively harmful.

Obviously the problem with investing down-ballot rather than running for president personally is that Bloomberg would like to be president. But there’s just no way that’s going to happen and he’s going to have to learn to live with it, just as I’ve learned to live with the reality that I’m not going to play for the NBA. The point of participating in politics is to try to get things done, and running for president won’t do that.

Trump might be surprised to learn most Americans want more wind and solar
Remote school has kids isolated and stressed. Here’s how to help.
The crushing disappointment of Rey’s parentage
Netflix missed its subscriber numbers, again
Zimbabwe erupts in violence over contested election results
Study: Trump rallies may be responsible for an estimated 700 Covid-19 deaths