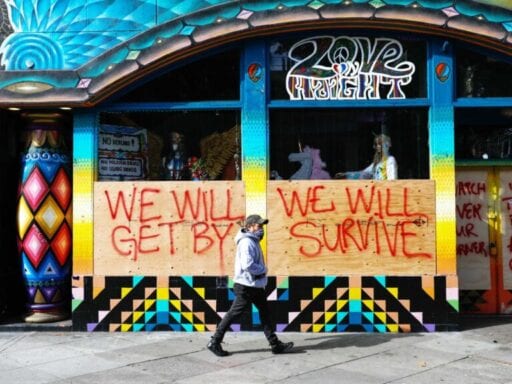 The Trump administration’s reported plan calls for aggressive testing. The US is simply not there yet.

President Donald Trump’s administration is reportedly working on a plan to reopen the economy as the US continues its fight against the coronavirus pandemic. But details from the plan — part of which was obtained by Lena Sun, Josh Dawsey, and William Wan at the Washington Post — show just how far America is from safely reopening.

According to the Post, the public health side of the plan can be broken down into three phases: Prepare the nation to reopen (now to May 1), aggressive testing (now to May 15), and a “staged re-opening” (“not before May 1”).

The Post only got the parts of the plan put together by the Federal Emergency Management Agency and Centers for Disease Control and Prevention, providing only a limited view of the public health strategy. The plan is also still in development, so even the provided details aren’t finalized.

But what we can see from this limited view of the plan is that the US has a very steep road ahead.

The Trump administration’s plan reportedly relies on building an adequate testing and surveillance system, which is in line with what experts and think tanks have called for in their own proposals. The problem is that America is nowhere close to truly establishing such a system.

What the country needs to properly do testing, according to experts, is at least 500,000 tests a day. Some experts call for much more than that — millions or even tens of millions a day — but 500,000 a day is generally considered the minimum to test everyone with symptoms and their close contacts.

Right now, the US is, on a good day, doing about 150,000 tests a day, or fewer than a third of that minimum. The US’s poor pandemic preparedness, as well as Trump’s slow reaction to the coronavirus outbreak, has meant America is still massively undertesting.

What’s more, this figure hasn’t improved much in recent weeks. This week, starting with April 13, the US has done fewer than 140,000 tests a day — an improvement from the early days of March when daily tests numbered in the hundreds, but actually a downgrade from the previous week, starting with April 6, when the country averaged nearly 150,000 tests a day.

Part of that is driven by a shortage of swabs and personal protective equipment to collect samples, as well as reagents, kits, and machines needed to run the specific tests required. According to David Lim at Politico, some labs also complain that the CDC’s testing criteria — which prioritizes hospitalized patients, health care workers, and those vulnerable to the virus, such as older people — is holding back potential tests.

So the reality is that the US is nowhere near the level of testing that experts say is needed to track and manage the coronavirus. In fact, further increasing the number of tests will likely be even more of a challenge than ramping them up in the first place.

“We’ve made substantial progress ramping testing this month,” Scott Gottlieb, a former commissioner of the Food and Drug Administration, wrote. “But many gains were made by getting players into fight (clinical labs, academic labs). Now we must expand lab capacity, platforms, throughput, test kits. Getting next million tests/week will be harder than getting first.”

Testing gives officials the means to isolate sick people, track and quarantine the people whom those verified to be sick came into close contact with (a.k.a. “contact tracing”), and deploy community-wide efforts if a new cluster of cases is too large and uncontrolled otherwise. Without it, the only way to deal with the outbreak is more social distancing, which further hurts the economy, or letting the disease run its course — at the cost of potentially millions of lives.

This is one reason the plans to end social distancing are so grim: Not only do they suggest that some level of social distancing will be needed for the next year or so (until a vaccine or a similarly effective treatment is widely available) — which we don’t know if the country can sustain — but they call for a level of surveillance and testing the US simply hasn’t shown the ability and willingness to build and manage yet.

It’s possible the US could get a lucky break; there’s still a lot about the coronavirus that we simply don’t know, and maybe as we learn more, we’ll realize the country can be spared the worst. (It’s optimistic, given the outbreaks we’ve already seen across the globe, but it’s possible.) Perhaps the Trump administration will move to ease testing criteria or dramatically scale up capacity by investing in more labs and supplies.

But unless something changes, America is simply not meeting the benchmark of aggressive testing that the Trump administration and independent experts say is necessary to reopen the country. So as eager as Trump clearly is to get the economy going again, the US just isn’t ready to do it in a safe way yet.