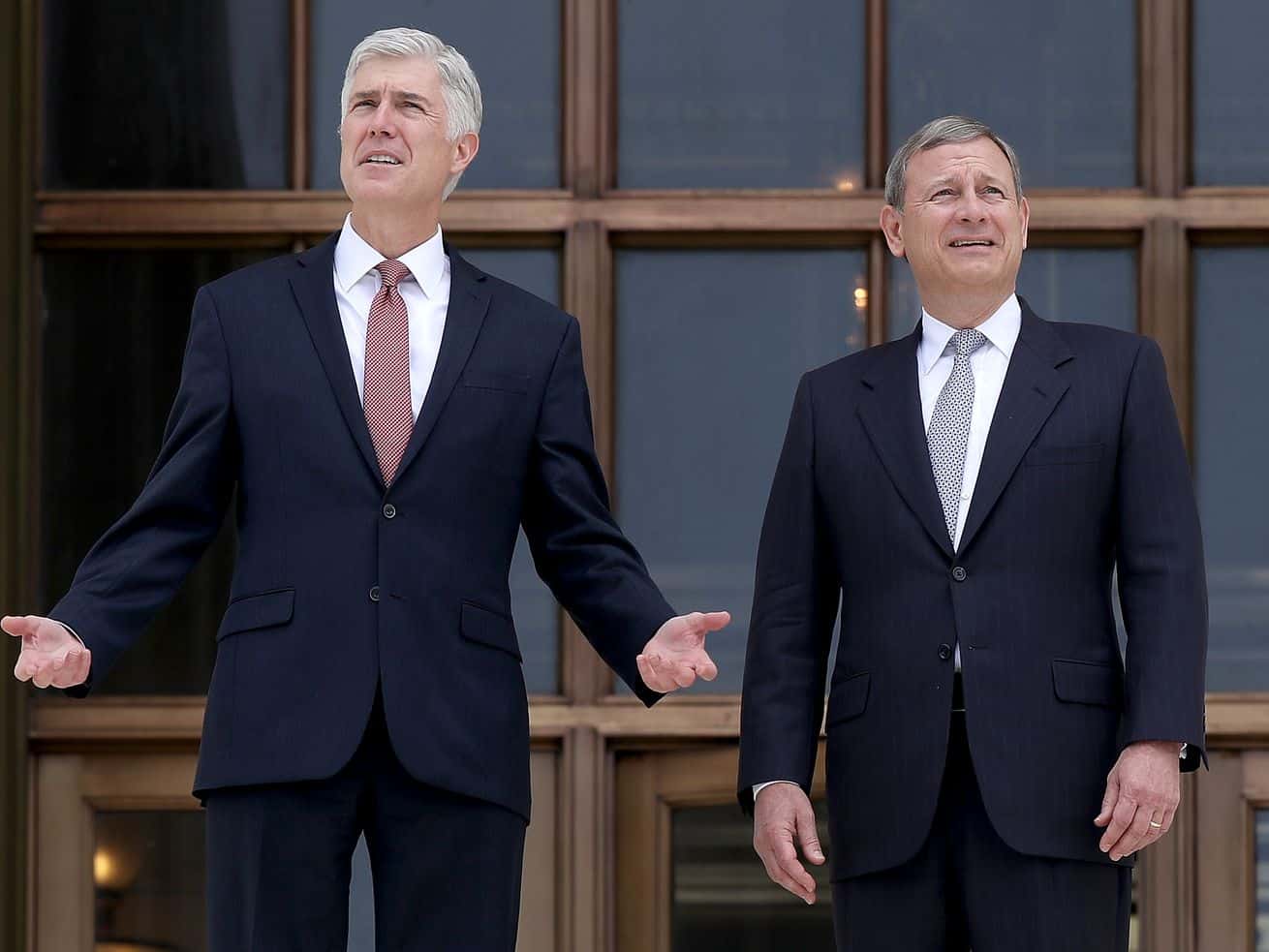 On Tuesday, all of the parties to Department of Homeland Security v. New York, a lawsuit challenging a Trump-era policy targeting low-income immigrants, asked the Supreme Court to dismiss that case. The Court swiftly granted that request, removing from consideration one of the most contentious cases that the justices planned to hear this year.

This is the third time in just over a month that a major immigration case went up in smoke. In early February, the Court granted requests to remove two cases — Mayorkas v. Innovation Law Lab and Biden v. Sierra Club — from its argument calendar.

The Innovation Law Lab case challenged Trump’s “remain in Mexico” policy, which forced tens of thousands of migrants who seek asylum in the United States to wait in Mexico while their cases were being processed; the Biden administration is unwinding that policy.

Sierra Club involved a challenge to Trump’s attempt to divert billions of dollars, appropriated for the military, to building a wall along the Mexican border. Biden signed a proclamation on his first day in office stating that “no more American taxpayer dollars [shall] be diverted to construct a border wall.”

The New York case, meanwhile, challenged the Trump administration’s “public charge” rule, which sought to prevent immigrants from entering the United States, extending their visa, or obtaining a green card if immigration officials determined a particular immigrant was likely to use public assistance programs such as food stamps or Medicaid.

Biden called for a formal review of this policy, and the Supreme Court’s decision to no longer hear the case should allow lower court orders blocking the policy in much of the country to take effect.

The Court’s decision to dismiss the New York case is not particularly surprising — it would be extraordinary for any court to hear a case that all parties agree should be dismissed — but it is likely to be an important victory for immigrants. Although several lower courts ruled against the public charge rule, the Supreme Court temporarily reinstated that rule in early 2020, voting 5-4 along party lines. And that was before the late Justice Ruth Bader Ginsburg’s replacement with Justice Amy Coney Barrett moved the Court further to the right.

Had the Court issued a final decision upholding the public charge rule, future presidents could have relied on that decision to reinstate the rule, even if the Biden administration abandons it.

The anti-climatic resolutions of the New York, Innovation Law Labs, and Sierra Club cases are a reminder that elections have consequences: It is likely that the Supreme Court would have upheld all three policies if Trump were still in office. But the Court also planned to hear surprisingly few cases during its current term, even before the Biden administration asked it to start removing cases.

Each year, the Supreme Court begins a new term in October, and it typically finishes that term in the following June. Over the intervening months, the Court normally holds seven “sittings” — five- or six-day blocks where the justices will ordinarily hear two cases a day. Thus, in a regular sitting, the justices will hear 10-12 cases.

This term, however, the Court’s heard far fewer cases than usual. It heard only eight cases in its November sitting, five in its January sitting, and six in its February sitting. The justices plan to hear only seven cases in the March sitting.

There are a number of possible explanations for this unusually slow workload. The pandemic forced the justices to close their building to the public and hold oral arguments remotely, and the pandemic may have also slowed down lower courts, meaning that there are fewer decisions to appeal to the justices.

The Court’s membership has also changed significantly in recent years — President Trump appointed three justices during his four-year term — so the justices may want to spend some time getting comfortable with each other (and learning how their new colleagues are likely to vote in important cases) before filling their calendar up with new arguments.

And the justices may also feel like they are politically vulnerable, given that Congress and the White House are both controlled by Democrats who are quite aware of how the Court’s current 6-3 Republican majority came into being.

Shortly after Justice Antonin Scalia died in February of 2016, Senate Republicans refused to hold a confirmation hearing for President Obama’s Supreme Court nominee Merrick Garland — at the time, they claimed that the Senate should not confirm new justices during a presidential election year. But then, when Ginsburg died in September of 2020, Republicans abandoned this rule. Justice Barrett was confirmed just eight days before the 2020 election.

That led many Democrats to call for an aggressive response, such as adding additional seats to the nine-justice Court to dilute the votes of Trump’s justices. Senate Majority Leader Chuck Schumer has said that “nothing is off the table” when it comes to the Supreme Court.

So it’s also possible that the justices may be laying low to discourage Democrats from expanding the Court.

That doesn’t mean that this term is a total sleeper. The justices still heard a case seeking to repeal the Affordable Care Act, a second case that could give religious conservatives a broad new right to discriminate against LGBTQ people, and a third case that could gut what remains of the Voting Rights Act. The Court is likely to hand down its decisions in those cases in June.

But, for whatever reason, this has been an unusually quiet term.

How a little electrical tape can trick a Tesla into speeding
How reality caught up with the reality TV president
Justin Amash’s first steps toward a third-party 2020 bid, explained
Vox Sentences: Canadians demand a handgun crackdown
This week in TikTok: These kids got “quarantine famous”
How Biden — or Trump — could win 270 electoral votes