A year of protest, as seen through street art 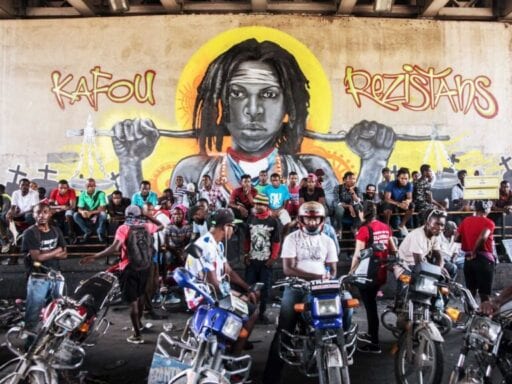 From Argentina to Lebanon, images that defined a year of unrest.

2019 will go down as a year of worldwide unrest. In the last few months, protests have raged from Haiti and Venezuela to Iraq and Lebanon, from Russia to Canada.

Around the world, citizens are frustrated about inaction on climate change or angry about government corruption. Some protests have made international news; others have come and gone with less attention. But one thing many of them have in common is the presence of protest art.

The quality and wit of signs, murals, and costumes are striking, prompting viewers around the world to think about the movements in new ways.

The appeal of a nonverbal, approachable commentary in the world of social media is not lost on activists. In Lebanon, anti-government protestors portrayed politicians as the Joker. In Santiago, Chile, women unfurled a banner to protest gender-based violence.

Here’s a look at some of the works from around the world.