After this summer’s Trump fundraiser backlash and boycotts, SoulCycle’s CEO has resigned 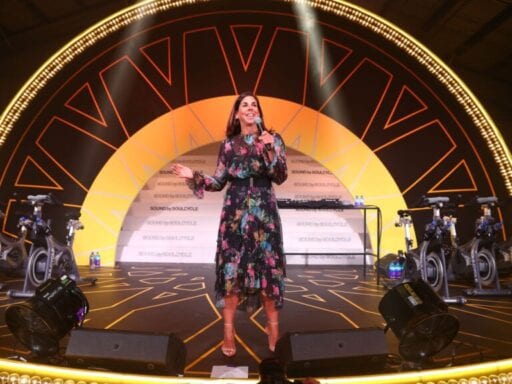 Melanie Whelan has been the company’s CEO since 2015. SoulCycle will begin its search for her replacement.

Three months months after SoulCycle became a national conversation due to backlash against an investor’s fundraiser for President Donald Trump, the company’s CEO, Melanie Whelan, has resigned.

“We’d like to inform you that we recently reached a mutual agreement with our board in which Melanie will resign from her position as CEO and director effective today,” Adrienne Gemperle, SoulCycle’s chief people officer, wrote in an email to SoulCycle staff on November 26. Vox obtained the email from an employee at the boutique fitness studio. “Melanie will stay on in an advisory capacity to the company.”

“I’m deeply grateful for the opportunity to have led the SoulCycle team and brand over the past nearly eight years during a transformational time for this amazing community,” Whelan said in the email.

Whelan’s resignation comes months after SoulCycle made national news this summer, when investor Stephen Ross held a fundraiser for Trump in August. Celebrities like Chrissy Teigen and Billy Eichner, as well as SoulCycle riders and studio instructors alike, spoke out against the company’s ties to Ross, saying SoulCycle’s “all souls welcome” mantra is diametrically opposed to Trump’s track record of hateful and racist rhetoric.

Recode’s Rami Molla reported in September that data company Earnest Research scraped SoulCycle data and found that the fitness studio faced consistent declines in attendance of 6.5 percent to 7 percent at US studios in the weeks after the fundraiser made national news.

SoulCycle confirmed Whelan’s resignation to Vox, and according to the email sent out, Sunder Reddy, SoulCycle’s chief financial officer, will assume the role of interim CEO as the company searches for Whelan’s replacement.

Vox Sentences: Killed over a parking space
The next Democratic debate will feature a much smaller stage
After decades of activism, the Navajo coal plant has been demolished
Adam Sandler’s starring role in Uncut Gems almost didn’t happen
The delay-ridden agony of shopping at West Elm
A coronavirus consultant shares how she advises businesses on reopening