Another woman has allegations of misconduct by Kavanaugh. Here’s why that matters so much. 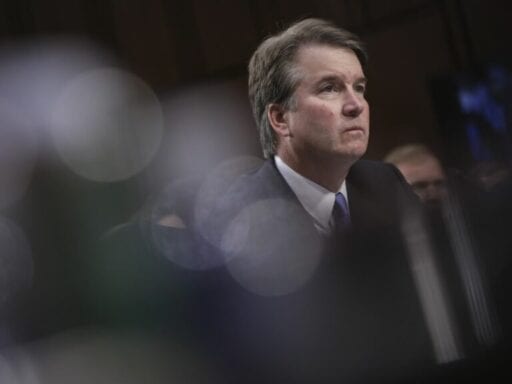 On Sunday, Deborah Ramirez became the second woman to publicly accuse Supreme Court nominee Brett Kavanaugh of sexual misconduct. As Ronan Farrow and Jane Mayer reported for the New Yorker, Ramirez says Kavanaugh thrust his naked penis in her face at a party without her consent when they were undergraduates at Yale in the 1983-84 school year.

Ford, who is set to testify before the Senate Judiciary Committee on Thursday, says that Kavanaugh sexually assaulted her when they went to neighboring high schools.

Kavanaugh denies both Ford’s and Ramirez’ allegations. “This alleged event from 35 years ago did not happen,” he wrote in a statement in response to Ramirez’ claims.

Prior to Sunday’s report, some who were skeptical of Ford’s account had pointed to the fact that she was Kavanaugh’s only accuser as a reason to doubt her claim.

“Everything we know about Kavanaugh — from his friends, colleagues, students, and community — suggests that he is not just a good guy, but an extraordinarily generous and upright person. He coaches girls’ basketball. He volunteers at homeless shelters,” wrote Mona Charen, a conservative writer who had previously called on the Republican Party to address sexual misconduct within its ranks.

“Maybe it’s all a charade,” she added, “but we should be loath to draw that conclusion without at least one more woman stepping up to recount a similar experience.”

Such doubts are part of a larger pattern. Time and again, we’ve seen that a woman can be dismissed or ignored if she comes forward on her own to accuse a powerful man of sexual misconduct. The more others join her, however, the more difficult it becomes to discount her claims.

Even in the #MeToo era, women who report sexual misconduct on their own are often dismissed

After Ford told the Washington Post that Kavanaugh had assaulted her in the early 1980s, Charen and others questioned her account because it seemed to be the only one of its kind.

“There seem to be precious few men who engage in serious sexual misconduct just once,” wrote David French at the National Review. “If this was the kind of behavior that Kavanaugh engaged in, then look for more people to come forward.”

“Can we picture this man doing this?” asked Dan McLaughlin, also in the National Review. “If we were talking about an allegation against a man known to be a sexual predator or to have had the low sexual morals to treat women as disposable sex objects — a man such as Bill Clinton, or Donald Trump, or Ted Kennedy — we might put more stock in Blasey Ford’s account. Roy Moore, after all, faced some allegations that might not have been quite so damning except that there were so many of them telling similar stories from the same time period.”

“If Blasey Ford is telling the truth about Brett Kavanaugh,” he added, “it’s completely at odds with the entire rest of his life.”

It’s a familiar argument. New York Times columnist Bret Stephens used the same one in February, defending Woody Allen by noting that only one person, Dylan Farrow, had publicly accused him of sexual abuse. “If Allen is in fact a pedophile,” Stephens wrote in the New York Times, “he appears to have acted on his evil fantasies exactly once.”

Throughout the current iteration of the #MeToo movement, we’ve seen that powerful men often face consequences only when multiple women come forward with similar allegations. Former Sen. Al Franken, for instance, only faced intense pressure to resign from within his party when seven women came forward to report inappropriate behavior by him — one or two women weren’t enough. Ryan Seacrest, who has been accused by former stylist Suzie Hardy of years of sexual misconduct, remains a prominent TV host.

So far, the #MeToo movement hasn’t changed this reality. Some of those doubting Ford’s report even pointed to powerful men who faced multiple allegations as part of #MeToo as evidence that Ford’s account should be questioned.

Incidents of sexual misconduct often lack outside witnesses, and multiple similar allegations can be helpful in establishing a pattern, especially in a court of law. But there’s a difference between requiring corroboration to convict someone of a crime, and requiring multiple women to tell the same story before any of them are fairly heard.

Before Ramirez came forward, Kavanaugh’s defenders all made a similar calculation: either a powerful man with a wholesome public face (he coached girls’ basketball!) was lying, or a woman was. And all of those defenders chose to discount the woman.

But if #MeToo hasn’t changed the weight one woman’s word is given, it has changed something else: the sheer number of women willing to speak. Now more than ever, women are speaking out in solidarity with one another, recognizing their own experiences in those of others and adding their voices to the chorus. Just as Harvey Weinstein’s first accusers helped others come forward, countless survivors have felt safer speaking up about their experiences because others have gone before them. Others, meanwhile, have spoken up as a way to support those who have gone before.

Ramirez appears to be in the latter camp. Farrow and Mayer write that she “said that she hoped her story would support that of Christine Blasey Ford, the California professor who has raised an allegation of sexual misconduct against Kavanaugh that bears several similarities to Ramirez’s claim.”

But the treatment Ford has already received — she has reportedly gotten death threats and been forced to leave her home — also gave Ramirez pause.

“Ramirez said that witnessing the attempts to discredit Ford had made her frightened to share her own story,” Farrow and Mayer write. “I’m afraid how this will all come back on me,” Ramirez told them.

Much of the impact of the #MeToo movement has come from its sheer numbers — the dozens who accused Harvey Weinstein, the hundreds who accused Larry Nassar. In such numbers lie a kind of safety — those who doubt one woman are less inclined to doubt 200.

The movement has yet to make it truly safe for a single woman to come forward on her own. To this day, her account is treated as less valuable than a man’s. But in the era of #MeToo, a woman who chooses to speak up on her own about sexual misconduct can remind herself of this: she may not be on her own much longer.

Kamala Harris and Ayanna Pressley have a $125 billion plan to help the smallest businesses
The FDA approves a coronavirus test that can give results in 5 minutes
Trump’s use of homelessness as a political cudgel exposes his cynical disregard for blue states
A black police organization issued a powerful defense of Colin Kaepernick
The fight to end Roe v. Wade enters its endgame next week
Brad Pitt, as Dr. Fauci, translates Trump’s coronavirus misinformation in SNL’s cold open