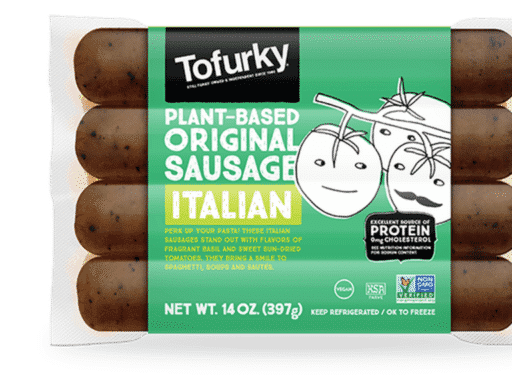 A new law bans those phrases, and others, on packaging in Arkansas. Tofurky and the ACLU are suing.

In two days, if the courts don’t stop them, Arkansas will ban grocery stores from calling veggie burgers “veggie burgers” and from calling soy milk “soy milk.” An Arkansas law aimed at producers of plant-based foods is scheduled to go into effect, the latest effort to try to ban common labels for meat and dairy alternatives.

Mississippi made headlines earlier this month with its own law. That law was similar to Arkansas’s, banning alternative meat companies from labeling their products “veggie burgers,” “tofu sausage,” “vegan bacon,” and the like.

Supporters of such laws say that they’re needed to avoid consumer confusion — a person getting a product labeled “veggie burger” might be confused by the word “burger” and not know that the product was plant-based.

Consumer advocates say that such laws — and the reasoning behind them — are silly. “There is no evidence that consumers are confused by plant-based bacon or veggie burger labels, and federal laws are already in place that prohibits consumer deception,” Jessica Almy, director of policy at the Good Food Institute, told me earlier in July.

I asked Jaime Athos, CEO of Tofurky — which is suing Arkansas over the new law — if this was a common consumer complaint, and he confirmed it was unheard of. “We’ve never gotten a complaint like that,” Athos told me.

And consumers will probably be more confused if product labels they know and recognize, like “soy milk” and “veggie burger,” are replaced with unfamiliar ones. Opponents argue that there’s a different reason for these recent moves: They protect the meat and dairy industries by regulating their competitors off the shelves.

In a lawsuit filed Monday to stop the Arkansas law, the ACLU argues that such laws are unconstitutional.

Plant-based products are getting big. Now meat companies are fighting back.

It’s been a big year for plant-based foods. Products from plant-based meat companies like Impossible Foods and Beyond Meat have become available at restaurants around the country, and they’ve been a hit with customers. Plant-based meat producers have released new, improved products that taste even meatier, and have raised eye-popping sums of money. It used to be the case that plant-based foods were primarily marketed just at vegans and vegetarians, but they’re increasingly being consumed by meat eaters — who might prefer plant alternatives for health, animal welfare, or environmental reasons.

“Plant-based eating trends are really blowing up now, with exponential growth,” Athos told me. “We have this great moment of innovation in our industry where these products are better than ever. They’re more widely available too. And suddenly people are worried consumers might be confused. The reality is that this is a proactive decision on the parts of consumers — they understand that plant-based products are healthier for them and healthier for the environment.”

That, of course, has made some livestock producers nervous — even though sales of animal-based meat haven’t fallen at all. Animal agriculture industry representatives have called plant-based foods one of the “major challenges” the industry faces.

So meat producers are pushing back. The legislator who introduced the bill, David Hillman, said that his aim was to “protect the agricultural producers in this state”. Meat and dairy farmers argue that their competition shouldn’t be allowed to use words like “milk” or “sausage” — even with qualifiers like “almond” or “veggie.”

(Of course, not all meat companies are fighting the rise of plant-based meats — many have invested in plant-based options themselves.)

The Arkansas law prohibits companies from “utilizing a term that is the same as or similar to a term that has been used or defined historically in reference to a specific agricultural product.” That is, since the word “burger” has historically been used to refer to a product made out of meat, it’s illegal to use the word “burger” to refer to a product that isn’t. The same principle rules out labels like “plant-based deli slices” or “plant-based jumbo hot dogs.”

But is that constitutional? Would such a law run afoul of the First Amendment? The ACLU, which is suing Arkansas on behalf of the Tofurky company, argues, “The Act is a restriction on commercial speech that prevents companies from sharing truthful and non-misleading information about their products. It does nothing to protect the public from potentially misleading information. Instead, it creates consumer confusion where none existed before in order to impede competition.”

Past court decisions may lend support to the ACLU.

Federal laws prohibit labeling food in ways that are deceptive to consumers. You can’t call a product gluten-free if it isn’t, of course, or call it “olive oil” if it’s not made from olives. When laws have tried to push beyond that, they’ve generally met a skeptical audience in the courts.

In a California case, the courts ruled that a claim that terms like “soy milk” and “almond milk” would confuse consumers was nonsense. “The crux of the claims is that a reasonable consumer might confuse plant-based beverages such as soymilk or almond milk for dairy milk, because of the use of the word ‘milk,’ ” the US District Court for the Northern District of California wrote, dismissing the case. “The claim stretches the bounds of credulity. Under Plaintiffs’ logic, a reasonable consumer might also believe that veggie bacon contains pork, that flourless chocolate cake contains flour, or that e-books are made out of paper.”

A Florida case directly examined free speech rights as they apply to food labels. Skim milk is routinely fortified with vitamin A (which prevents blindness, and which is removed in the skimming process). A law in Florida prohibited producers of milk and milk products from selling their products if the vitamin A was left out, demanding that milk without added vitamin A be called “imitation skim milk.” A small Florida milk producer sued, arguing that their product was skim milk and that they should have the right to label it that way. The courts sided with the milk producer.

Does it even make sense to say that a creamery or Tofurky manufacturer has a right to free speech? The answer is yes.

In 1980, the Court supplied the rules for First Amendment protections on commercial speech that are still applied today. Those rules are called the “Central Hudson” test, because they were laid out in Central Hudson Gas & Electric Company v. Public Service Commission of New York.

Here are the rules: First, commercial speech “must concern lawful activity and not be misleading.” Supporters of Arkansas’s law might argue that the term “almond milk” is misleading, while opponents argue that consumers know perfectly well what almond milk is — that, as Utah Sen. Mike Lee put it, “No one buys almond milk under the false illusion that it came from a cow. They buy almond milk because it didn’t come from a cow.”

“There’s nothing misleading about the name of a veggie burger, or vegan hot dog, or seitan bacon,” Almy, a lawyer on the Missouri case, told me. “The packages clearly disclose that this is plant-based food that has the taste or texture of this familiar food.”

There’s a strong case that bans on “veggie burger” and “tofu sausage” labels don’t meet this standard. “Tofurky Co.’s packaging and marketing materials clearly indicate that their products are plant based and accurately convey the products’ ingredients,” the ACLU wrote in the Arkansas lawsuit. “Consumers are not likely to be confused by the appropriate use of the word ‘meat’ or related terms on vegetarian or vegan products. A consumer who is looking for food that has the flavor, texture, and appearance of bacon but was not derived from a live pig would find the label ‘veggie bacon’ more useful than a label that says only ‘plant-based protein.’”

If Arkansas’s law is found unconstitutional, that’ll be good news for consumers. There is no sign they’re being tricked by the increasing prominence of plant-based burgers — if anything, they often seem to be seeking them out.

Hurricane Laura hits land as an “extremely dangerous” Category 4 storm
To protest and (refuse to) serve
It’s time to move past employer-based health insurance
Recode Daily: WeWork might be worth just half of what it once was
What’s next for #MeToo? The McDonald’s strikes have an answer.
Facebook canceled a 5,000-person conference in San Francisco because of coronavirus