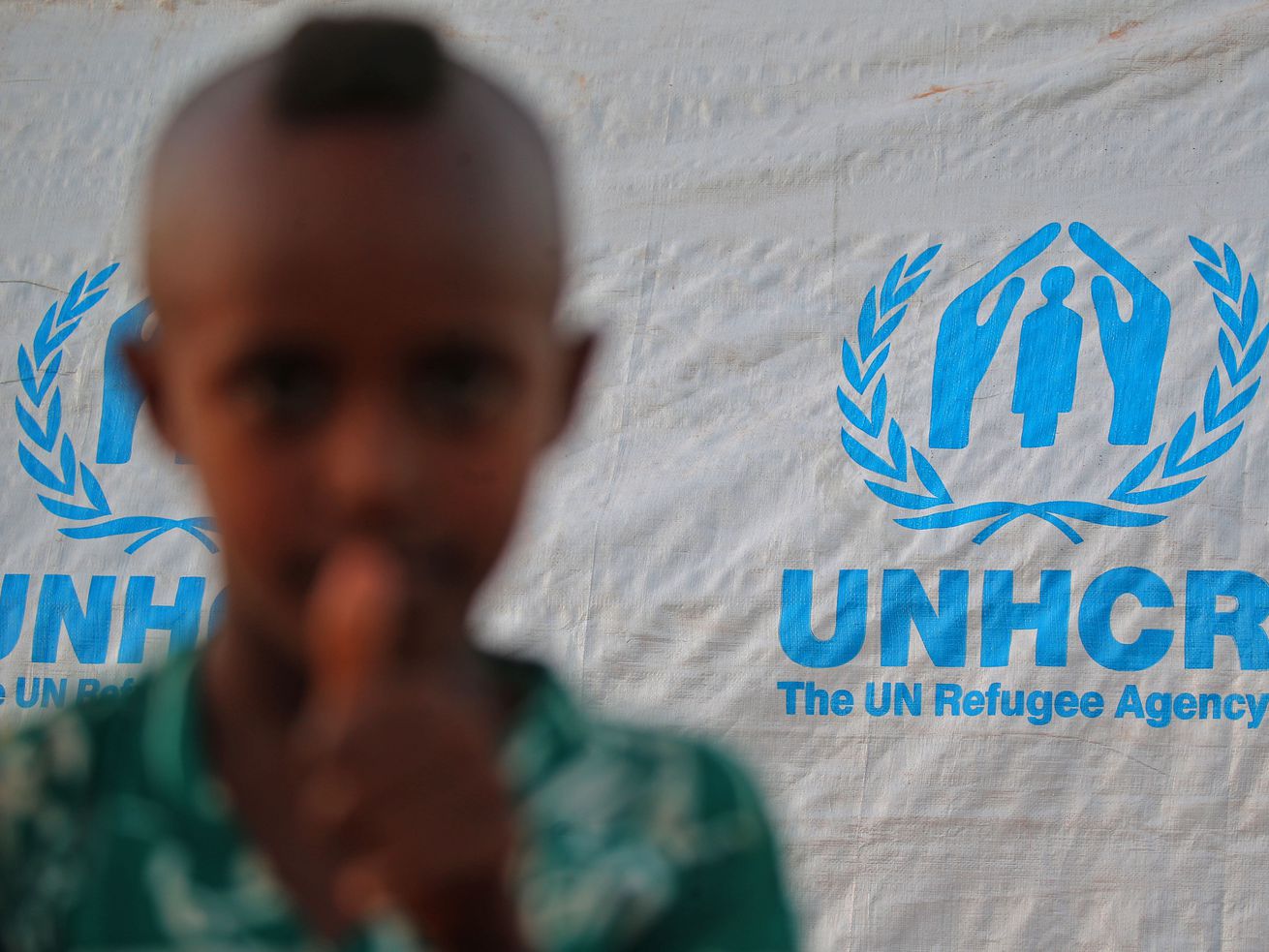 He will increase refugee admissions to 125,000 annually starting in October.

President Joe Biden announced Thursday that he will sign an executive order to rebuild the US’s refugee resettlement program, raising the annual cap on admissions to 125,000 starting in October.

In a speech at the State Department, he acknowledged that the US refugee program suffered under former President Donald Trump, who slashed the cap on refugee admissions to just 15,000 this fiscal year — the lowest number since the refugee program was created in 1980 and down from 110,000 just four years earlier. Increasing the US’s capacity to accept more refugees will be a gradual process, Biden said.

“The United States’ moral leadership on refugee issues was a point of bipartisan consensus for so many decades,” he said. “It’s going to take time to rebuild what has been so badly damaged.”

His executive order would enable the State Department, in consultation with Congress, to begin ramping up refugee admissions in the months before October, but it’s not clear how quickly that could occur. Under Trump, refugee agencies saw their federal funding decrease, forcing them to substantially scale back their infrastructure and staffing to keep their resettlement programs afloat. More than 100 resettlement offices closed, and many government staff tasked with processing refugees abroad were laid off or reassigned.

The task of rebuilding is urgent. The coronavirus pandemic has only deepened the plight of the world’s most vulnerable populations. There are more refugees, asylum seekers, and internally displaced people today than at any time since World War II, and those numbers are only growing given ongoing crises in Hong Kong, Syria, Venezuela, and other countries.

“With this announcement, President Biden has signaled to the world that the U.S. is proudly reassuming its responsibility as the world’s humanitarian leader,” Krish O’Mara Vignarajah, president and CEO of Lutheran Immigration and Refugee Services, said in a statement. “His commitment to significantly raise the refugee admissions ceiling is a bold recognition of the scope and scale of the worst global displacement crisis in history.”

The refugee program has historically flourished under Republican presidents. Even in previous Republican administrations seeking to curtail immigration, no one ever set the cap on refugee admissions as low as Trump did. President George W. Bush briefly cut the number of refugees admitted after the 9/11 attacks, but even then, the limit was set at 70,000.

But the bipartisan consensus on maintaining a robust refugee resettlement program began to unravel after the Paris terror attacks in late 2015 when suicide bombers — reportedly sanctioned by the Islamic State — killed 130 civilians in explosions and mass shootings throughout the city.

There was speculation that one of the attackers was a refugee, one of 5.6 million Syrians who have been displaced since 2011 by the ongoing civil war. It was later confirmed that all of the perpetrators were citizens of the European Union. But the rumors were enough to spark a panic about Syrian refugees and start a movement at the state level to cut back US admissions of Syrian refugees and resettlement efforts more broadly.

Governors from 31 states, all Republican except for New Hampshire Gov. Maggie Hassan, said in 2015 that they no longer wanted their state to take in Syrian refugees. In 2016, Mike Pence, then the governor of Indiana, also tried to prevent refugee resettlement agencies in his state from getting reimbursed for the cost of providing social services to Syrian refugees.

But states didn’t have the legal authority to simply refuse refugees; that’s the prerogative of the federal government. Pence ultimately had to back down after a federal court ruled against his decision to withhold the reimbursements.

State leaders lined up behind him: The Tennessee legislature, for instance, filed a lawsuit in March 2017 claiming that the federal government was infringing on states’ rights by forcing them to take in refugees (a court challenge that also failed).

In September 2019, Trump also issued an executive order that allowed local governments that do not have the resources to support refugees in becoming “self-sufficient and free from long-term dependence on public assistance” to turn them away. Texas Gov. Greg Abbott later announced that the state would no longer resettle refugees under the executive order. Courts prevented that executive order from going into effect, but it revealed sharp partisan divides over who is deserving of the US’s humanitarian aid.

Biden sought to reassert the US’s role as a humanitarian leader on Thursday, acknowledging that American values are “under pressure.”

“We’ve shined the light of liberty on oppressed people,” he said. “Our example pushed other nations to open wide their door, as well.”

All Broadway shows will close for a month due to coronavirus
Oklahoma is releasing 462 inmates in the largest single-day commutation in US history
Netflix soured the live-action remake of Avatar: The Last Airbender, its showrunners say
Senate Republicans are finally acknowledging that Joe Biden won the election
After weeks of protest, Puerto Rico has a new leader — for now
How soap absolutely annihilates the coronavirus