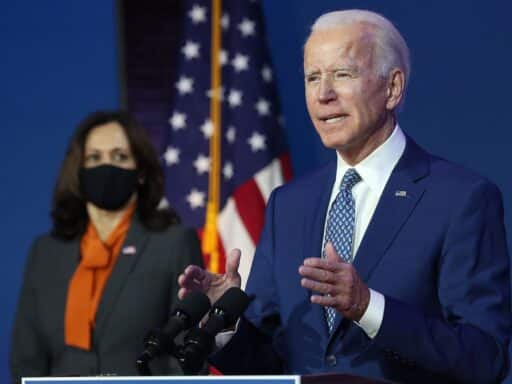 America is in a child care crisis. This is Biden’s first step to address it.

In a survey last summer, 86 percent said the Covid-19 pandemic had hurt their enrollment. Seventy percent said it had driven up costs. With less money coming in and more going out, just 18 percent believed they could stay open longer than a year without some kind of help.

Those numbers are just one sign of a crisis that’s been brewing ever since the pandemic began spreading across the US.

With school buildings and daycare centers closed, parents — especially moms, who still shoulder the majority of caregiving responsibilities — struggle to work. Many have been forced to quit their jobs, jeopardizing their ability to provide for their families. Meanwhile, many kids aren’t getting the high-quality care and education they need. And child care providers, who operate on razor-thin margins in the best of times, are being forced to close their doors.

Given all this, experts have long been calling for a bailout of the child care industry to see it through the current crisis and secure it for the future. And now, President Joe Biden has made such a bailout part of his $1.9 trillion stimulus plan to fight the virus and rescue the American economy.

The plan includes $25 billion to help child care providers weather the pandemic and reopen safely, $15 billion in child care assistance for families to help parents get back to work, and an expanded tax credit to help families afford care. Together with the $10 billion set aside in the December stimulus package, the proposal would reach the $50 billion advocates have said is necessary to stabilize the child care industry.

“We were really, really pleased to see the amount of funding in the plan,” Rhian Allvin, CEO of the National Association for the Education of Young Children (NAEYC), told Vox. “It definitely is what we have been asking for.”

But it still has to pass Congress, where Republicans have already cast doubt on Biden’s plan. And even if it succeeds, it’s still only the beginning of the full child care reform that many experts say the country urgently needs.

“The economics of child care were shaky before we even got into pandemic,” Allvin said. “While this will absolutely stabilize the sector, it doesn’t fix the underlying economic conditions that weaken it.”

Unveiled last week, Biden’s American Rescue Plan is his opening proposal for the next round of federal stimulus money, as Vox’s Emily Stewart explains. Alongside money for vaccines and testing, reopening schools, and $1,400 checks to Americans, it includes a major investment in child care. The child care portion of the plan includes three main parts:

1) A $25 billion emergency stabilization fund for providers. Child care providers have been squeezed by Covid-19 like never before. The virus and economic crisis have led parents to pull their children out of daycare, resulting in lost revenue, while new social distancing and cleaning requirements have driven costs up. That’s left many providers in danger of closing — in the survey last summer, conducted by NAEYC, two out of five programs said they were certain they would close permanently without public support. The emergency stabilization fund would address the problem by helping providers pay costs rent, utilities, and payroll, so they can weather the challenges of the pandemic without going out of business.

2) An additional $15 billion for the Child Care and Development Block Grant program (CCDBG). The CCDBG provides federal funding that states can use to improve access to child care. The CARES Act last spring included $3.5 billion for this program and the December stimulus package added another $10 billion. Now, Biden is proposing an additional $15 billion for the program. States could use this money to offer child care subsidies for more families — as Biden’s team notes in a fact sheet on the plan, “millions of parents are risking their lives as essential workers, while at the same time struggling to obtain care for their children.” State governments can also use the CCDBG money to boost the wages and benefits of child care providers, many of whom have been asked to work through a pandemic without health insurance, and while making less than $11 an hour.

3) Expand the child care tax credit. The tax code currently gives taxpayers a credit worth 20 to 35 percent of their care expenses. Biden’s plan would introduce a one-year expansion raising that to 50 percent, up to a total of $4,000 for one child or $8,000 for two or more. The plan would also make the tax credit refundable, so people who don’t owe taxes would still get the money back. Tax credits are an imperfect system for reducing child care expenses, since families get the money all at once rather than when they need it. Still, advocates have called for this expansion as part of a broader package. “We were really pleased to see that,” Allvin said.

Overall, child care experts have praised Biden’s plan, which was formulated in close consultation with advocates. “This is so important and we’re thrilled about it,” Allvin said, calling the plan “a down payment on what we need to do for the system at large.”

Now it needs to get through Congress. Whether that will happen is still somewhat up in the air. Biden will have a Democratic majority in the House and the slimmest of majorities in the Senate, but not enough votes to overcome a filibuster. He has two options: try to get some Senate Republicans on board, or use the budget reconciliation process, which requires only a simple majority. Biden and Democrats have said they’ll try the first option before resorting to the second. In either case, the new president may have to make some concessions, both to members of his own party and to Republicans.

Republicans haven’t always supported expanding child care in America — even Joe Biden hasn’t. But advocates believe the pandemic has opened people’s eyes to the necessity of affordable child care — if nothing else, to getting the economy back on track. And some Republicans have been on board with child care relief in recent months. For example, stimulus packages introduced in the fall by then-Senate Majority Leader Mitch McConnell and a bipartisan group of lawmakers each included $15 billion in child care funding. And in the summer, a group of Republican senators including Joni Ernst of Iowa introduced a bill to provide grants to help child care providers reopen.

“I’m hopeful that child care will fare well in the negotiations” over the stimulus package, Allvin said.

But even if Biden’s plan passes, it will be only the beginning. Stabilizing the child care system is crucial, but the pandemic has only underscored the fact that this system was broken from the beginning, with families paying more than they can afford and workers making poverty-level wages. In order to truly make child care accessible to all families — and a viable, sustainable career for caregivers and educators — the country will need to spend closer to $140 billion every year, Allvin said.

That’s a lot of money, but it will pay for itself by allowing parents (especially mothers, who have disproportionately dropped out of the labor force to care for children) to get back to work, experts say. Investing in child care also helps workers stay in the profession and build their skills, and it benefits children and the whole country by contributing to better outcomes in adolescence and adulthood, like better high school graduation rates. Every dollar invested in child care can produce up to a $16 return when all the benefits are taken into account, Allvin said.

Last summer, Biden put forth a larger plan to shore up American child care, including increased wages for workers and subsidies to ensure that families spend no more than 7 percent of their income on child care. But as with his stimulus package, it will need to go through Congress. And with two years of a Democratic majority before elections come around again, there will be many legislative priorities competing for attention.

But advocates are hopeful that the experiences of the last 10 months will help move child care nearer the top of the list — and remind Americans and members of Congress of what’s really needed to make high-quality, affordable child care a reality in this country. “We know that there is an enormous investment required,” Allvin said.

Lawyers can’t find the parents of 545 migrant children after separation by Trump
One Good Thing: After the NBA walkout, the movie of the week is Netflix’s High Flying Bird
Emirates flight from Dubai to JFK: how many are actually sick?
Former CIA director: Trump-Putin press conference “nothing short of treasonous”
“They have no allegiance to liberal democracy”: an expert on antifa explains the group
Rubber bullets can seriously mess you up