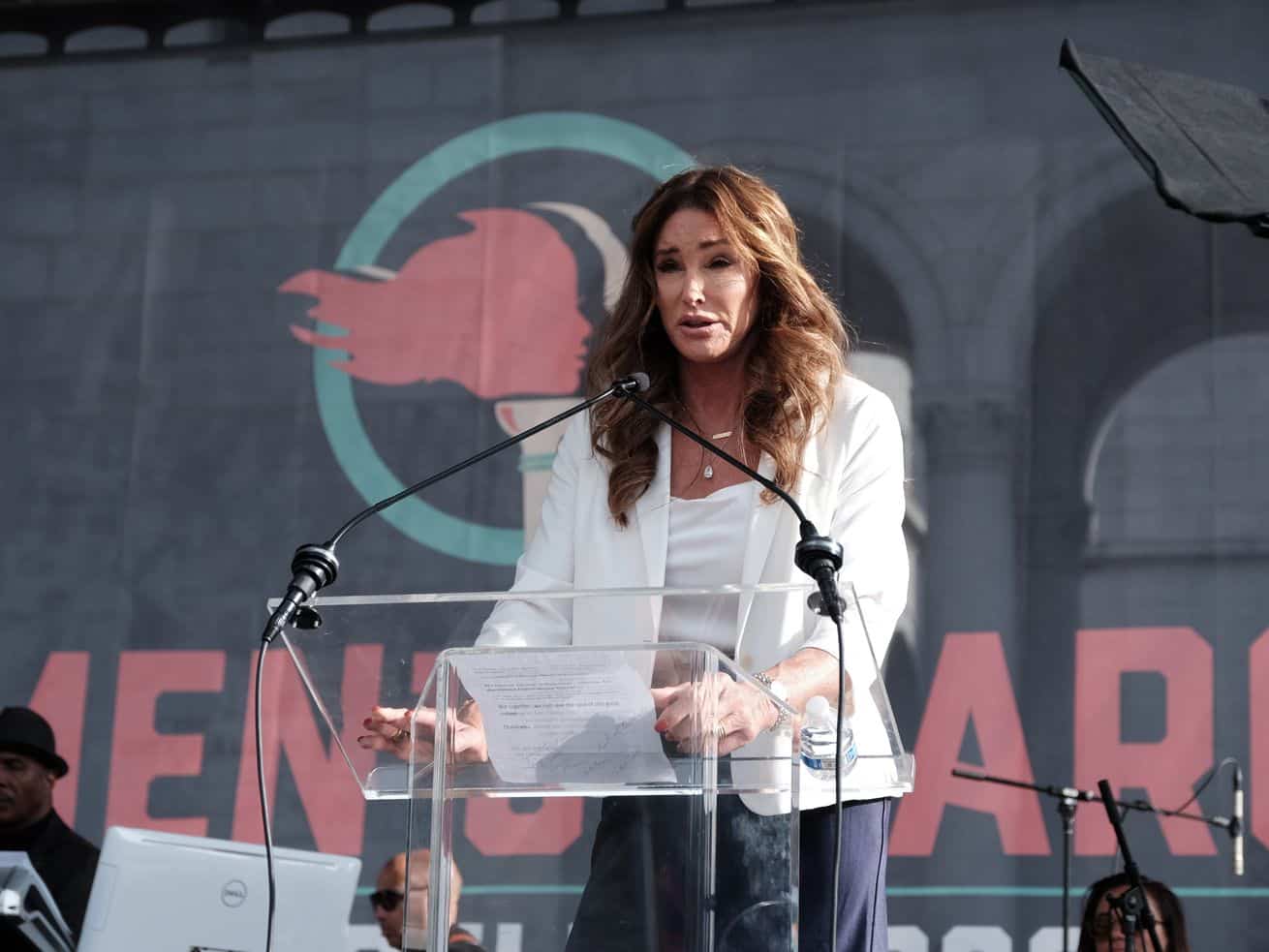 The celebrity candidacy adds another challenge to a recall fight complicated by Covid-19.

Former Olympian and reality TV star Caitlyn Jenner became one of the highest-profile people to enter California’s expected recall election when she announced Friday that she is launching a bid to replace California Gov. Gavin Newsom.

Jenner’s candidacy is expected to be an uphill battle, but the Republican-led challenge to Newsom’s tenure has received a boost in recent months thanks to the Covid-19 pandemic: first, as the recall campaign was extended because of the virus, and then after Newsom violated his own public health mandates by attending a maskless, indoor dinner party in November.

A recall election isn’t a sure thing yet, but it’s looking extremely likely, as Newsom opponents have gathered more than 2.1 million signatures supporting the effort. Not all of those signatures will prove valid — at least 266,000 or so aren’t, according to the California Secretary of State — but it takes fewer than 1.5 million to trigger a recall.

“I am a proven winner and the only outsider who can put an end to Gavin Newsom’s disastrous time as governor,” Jenner, a Republican, said in a statement Friday. “Californians want better and deserve better from their governor.”

I’m in! California is worth fighting for. Visit https://t.co/a1SfOAMZQ3 to follow or donate today. #RecallNewsom pic.twitter.com/9yCck3KK4D

According to a recent poll by the Public Policy Institute of California, only about 40 percent of California voters support a recall vote, and Newsom has launched a full-fledged “Stop the Republican Recall” campaign to oppose the effort.

Jenner has criticized Newsom for “over-restrictive lockdowns” and high taxes, and also hit the governor for attending a dinner party with lobbyists during the height of the pandemic last year.

“This isn’t the California we know,” Jenner said in her Friday statement. “This is Gavin Newsom’s California, where he orders us to stay home but goes out to dinner with his lobbyist friends.”

According to Axios, which first reported Jenner’s campaign announcement Friday, several former Trump campaign officials, including campaign manager Brad Parscale and pollster Tony Fabrizio, are already on board with Jenner’s campaign, although Parscale isn’t expected to take on a formal role.

Jenner, who is transgender, previously supported Trump, even appearing at the 2016 Republican National Convention in Cleveland, Ohio. She publicly walked back her support in October 2018 in response to Trump administration attacks on trans Americans.

But a Jenner adviser told Axios Friday that, in a recall election, Jenner would run “as someone that’s socially liberal and fiscally conservative” and steer away from the label of “Trump Republican.“

“This will be a campaign of solutions,” Jenner said Friday, “providing a roadmap back to prosperity to turn this state around and finally clean up the damage Newsom has done to this state.”

Advisers also say that Jenner, who starred on the reality TV show Keeping Up With the Kardashians, will benefit from substantial name recognition, according to Axios. Jenner first rose to fame as a decathlete, winning Olympic gold medals in the 1970s, and renewed her visibility as part of the Kardashian media empire.

But celebrity gossip site TMZ has reported that Jenner’s famous family members will not campaign on her behalf, in part because of political differences. And although Jenner renounced her support of Trump, at least one prominent LGBTQ rights organization has come out against her candidacy, too.

Jenner “spent years telling the #LGBTQ+ community to trust Donald Trump. We saw how that turned out. Now she wants us to trust her?” the organization Equality California tweeted Friday. “Hard pass.”

The Covid-19 pandemic has boosted a longstanding recall effort

Recall efforts are common in the 19 states that allow them, but as Vox’s Jerusalem Demsas has explained, they’re not often successful. In Newsom’s case, however, the pandemic — and his ill-advised dinner at a high-end Napa Valley restaurant in the midst of it — have landed him in a tight spot.

Although the recall effort itself, which was filed on February 21, 2020, predates the widespread Covid-19 crisis in the US, the deadline to collect signatures was extended by a judge in November last year, and Newsom’s apparently maskless dinner at French Laundry the same month gave it a boost.

As Demsas reported, “Newsom’s hypocrisy and decision to dine at a $350-per-person establishment while so many of the state’s residents suffered from the economic downturn and residents were being warned against holiday gatherings with family was a mobilizing moment for the recall effort.”

EXCLUSIVE: We’ve obtained photos of Governor Gavin Newsom at the Napa dinner party he’s in hot water over. The photos call into question just how outdoors the dinner was. A witness who took photos tells us his group was so loud, the sliding doors had to be closed. 10pm on @FOXLA pic.twitter.com/gtOVEwa864

Despite Jenner’s announcement Friday, however, the recall isn’t yet set in stone. Signatures are still being verified, and although counties face an April 29 deadline to report how many signatures they received, voters will have a chance to remove their signatures if they choose, according to CalMatters.

Still, at least 1.2 million valid signatures have been received so far, meaning that a recall is expected to go forward.

Actually removing Newsom from office takes a simple majority of voters, and winning the election to replace him takes only a plurality, according to CalMatters — but there’s no limit to how many candidates can run. This could lead to a massive, chaotic field of challengers.

In addition to Jenner, previous Republican gubernatorial nominee John Cox, who lost to Newsom in 2018, is in the running, as is former San Diego mayor Kevin Faulconer, also a Republican.

In 2003, California voters recalled Gov. Gray Davis, a Democrat. Out of a field of more than 100, bodybuilder and actor Arnold Schwarzenegger won the election to replace him with less than 50 percent of the vote; he eventually served two terms as a Republican governor.

“It’s an expensive, distracting pain in the ass for Californians if it happens,” Newsom spokesperson Dan Newman told Vox last month. “In the Davis recall we had 135 candidates and it was a total circus. Some people think we could have 10 times as many candidates this time around.”

But as Demsas points out, the California electorate looks much different than in 2003. The state is more heavily Democratic, and Newsom’s favorability rating has hovered well above where Davis’s stood at the time of his recall. As a result, pollsters suggest that Newsom stands a good chance of riding out this recall campaign.

Things are also looking up in California from a public health perspective: The state has among the lowest rates of new Covid-19 infections in the country, and more than 40 percent of Californians have received at least one vaccine dose.

But with a recall effort already rolling, Jenner’s entrance into the race marks another wrinkle in Newsom’s hectic tenure as governor — and her celebrity could make for a more difficult fight.

From coast to coast, protests against police brutality and racism are still going strong
North Carolina Democrat Cal Cunningham admitted to sending romantic extramarital texts
Today’s dramatic Federal Reserve announcements, explained
How much is an hour of your free time worth? Lyft tried to find out.
Why movie theaters are trading popcorn and soda for chimichangas and custom cocktails
The fight to expand gun rights may have hit a snag in the Supreme Court