Christopher Robin, denied Chinese release, is the latest victim in China’s war on Winnie the Pooh 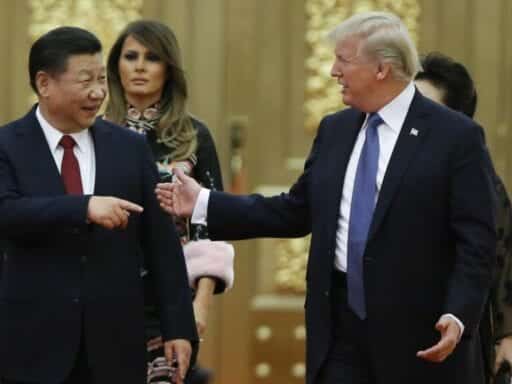 President Xi Jinping is sensitive about Winnie the Pooh comparisons.

Christopher Robin, the new Winnie the Pooh movie, will not be released in China. The apparent reason: Chinese leader Xi Jinping is prickly about comparisons between him and the lovable cartoon character, who has become a symbol of the resistance there.

The film, which premiered in the United States on Friday, has been denied a release in China. No reason has been given for the film’s denial, but according to the Hollywood Reporter, it’s because of China’s censorship of Winnie the Pooh images that started last year.

Authorities have been blocking images of the character on social media because of memes and bloggers likening Xi’s appearance to Pooh’s. In June, China started censoring mentions of HBO comedian John Oliver and HBO’s website after his show, Last Week Tonight, ran a segment criticizing China and Xi, specifically, for the increasingly authoritarian policies of the Chinese Communist Party, which he leads. The segment mentioned the Winnie the Pooh jokes and Xi’s sensitivity to them.

The Christopher Robin ban could also be because China imposes a quota on the number of foreign films released there annually, and there are a number of big Hollywood films in China right now.

Christopher Robin is only the second Disney movie to be axed for release by Chinese authorities this year. Officials also said no to A Wrinkle in Time.

In 2013, Chinese social media users started passing around a picture of Xi walking alongside President Barack Obama juxtaposed with an image of Pooh walking next to Tigger, his taller, thinner, friend.

Then the next year, a picture of Xi shaking hands with Japanese Prime Minister Shinzo Abe drew comparisons with a picture of Pooh with another character, Eeyore.

And the memes continued after that.

Xi apparently did not take kindly to the comparisons, and Chinese censors started blocking images and mentions of Pooh on social media. GIFs of the cartoon bear were deleted from China’s instant messaging app, WeChat, and mentions of him were censored from Chinese micro-blogging site Weibo as illegal content.

And then in June, there was the Oliver segment on HBO about Xi, during which Oliver criticized Xi and brought up the Winnie the Pooh problem.

It prompted censors to block HBO’s website and mentions of Oliver.

As silly as it is, the Winnie the Pooh ban is pretty scary, too.

That Xi is apparently so sensitive about comparisons to a cartoon character is, admittedly, kind of funny. But it’s not just Pooh memes that are being censored — there’s a lot of reason to be concerned about the amount of power Xi has accumulated in China and the lack of freedom of expression that’s imposed there.

When China’s national legislative body voted to abolish presidential term limits earlier this year — essentially opening the door for Xi to be president for life — censors became more vigilant about suppressing dissent and what they deemed “subversive content.”

The no-go list included the English letter “N,” according to the New York Times, in order to “preempt social scientists from expressing dissent mathematically: N > 2, with ‘N’ being the number of Mr. Xi’s terms in office.” The censorship of Pooh continued, and search terms such as “my emperor,” “lifelong,” and “shameless” were cracked down on, too.

The abolishment of term limits was also met with worry and skepticism across the globe.

“It’s a historic retrogression,” Li Datong, a former editor of China Youth Daily, told the Washington Post at the time.

“This is going to cause some serious consternation within certain circles that are not marginal,” Patricia Thornton, a professor at the University of Oxford who studies Chinese politics, told the New York Times. “It’s been clear for some time that Xi doesn’t share power well at all, but it’s also clear to me that he genuinely fears resistance and opposition from within the party.”

US President Donald Trump at the time joked about Xi becoming president for life at a Mar-a-Lago fundraiser, saying, “Maybe we’ll have to give that a shot someday.”

China has a long history of censoring information online and free speech. Facebook, the New York Times, and YouTube are all blocked there. So is Google, although it is reportedly planning to launch a censored version of its search engine there. And censors have also quashed the #MeToo movement in China.

The makers of the Christopher Robin movie will be fine: the film is still expected to earn between $20 million and $30 million this weekend. But that it’s blocked in the first place is a disturbing example of censorship and a lack of free speech in China.

The Vox Senate interview: Cal Cunningham is running down the middle to win in North Carolina
Trump impeachment inquiry begins after allegations about Trump and Ukraine
“Please don’t shoot me”: Thurman Blevins’s last words before police did just that
Donna Strickland had no Wikipedia page before her Nobel. Her male collaborator did.
Red-state Senate Democrats are redoubling their efforts to protect Obamacare
Trump’s Syria withdrawal is a boon for ISIS — and a nightmare for Europe