CNN fact-checked the presidential debate. It was almost all about Trump’s lies. 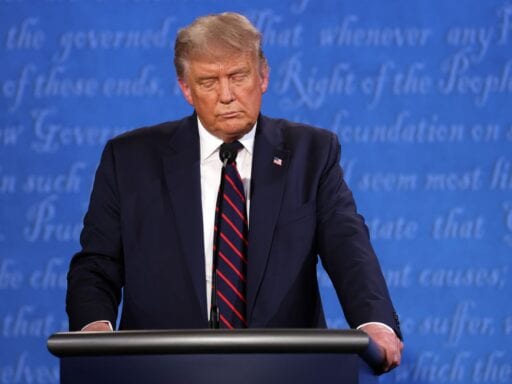 “We had an avalanche of lying from President Trump.”

In the first presidential debate of the 2020 general election, there wasn’t much in the way of coherent discussion. But a CNN fact-check found that much of what was said — particularly by President Donald Trump — was false or misleading.

“We had an avalanche of lying from President Trump,” CNN reporter Daniel Dale said. “[Former Vice President Joe] Biden, conversely, made at least a couple false or misleading claims. But honestly, he was largely accurate.”

He added, “There was times during this debate, Wolf [Blitzer], where President Trump’s every line — specifically on mail voting — almost every single thing he said during that concluding section of the debate was inaccurate. And the other thing that stood out to me, Wolf, was that these were largely false claims the president has made before.”

“We had an avalanche of lying from President Trump”

Here are some of the highlights from Dale’s fact-checking, pulled from his CNN appearance and Twitter feed:

After the debate ended, Dale summarized his takeaway on Twitter: “Biden has gotten at least a small number of things at least a little wrong; Trump has told big lie after big lie.”

In a sense, the debate was a microcosm of Trump’s presidency — lying and misleading aren’t new for him. According to the Washington Post, Trump has now made more than 20,000 false or misleading claims in public since he assumed office.

The problem is not just that Trump lied a lot during the debate, or that he lies a lot in his public statements. It’s that Trump doesn’t seem to care at all for the truth. What he says is only meant to make him look good.

And when the president repeats the sorts of lies he told Tuesday night, they begin to calcify, lingering despite fact-checks — making it perpetually difficult to say if he’s telling the truth or merely reciting self-serving bullshit.