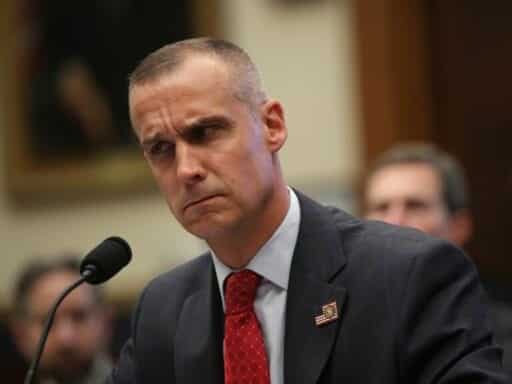 Believe it or not, cable news networks are not obligated to showcase liars.

You might think that Corey Lewandowski’s admission during his congressional testimony on Tuesday that he has no qualms about lying to the media would cause cable news networks to think twice about booking him. If you did, however, you would’ve been proven wrong within a matter of hours.

On Wednesday morning, hours after the former Trump campaign manager’s chaotic and hyper-partisan testimony before the House Judiciary Committee ended with him admitting, under sharp questioning from committee Democrats’ counsel, to not playing it straight with the media regarding his involvement in President Donald Trump’s efforts to curtail the special counsel Robert Mueller’s investigation into Trump and Russia, both Fox & Friends and CNN booked Lewandowski for interviews.

Lewandowski’s interview on Fox & Friends — a show that regularly legitimizes the Trump administration’s talking points — was predictably chummy. But Lewandowski’s appearance on CNN, a network where he once worked as a paid contributor, produced the jarring image of him being interviewed over a chyron that seemingly refuted the rationale for booking him in the first place.

Corey Lewandowski, yesterday: I lie to the media.

Newsrooms who have learned nothing from 2016, today: Joining us now is Corey Lewandowski pic.twitter.com/8pL6h19q3y

Predictably, Lewandowski’s interview on CNN devolved into a pro wrestling-style confrontation in which he deflected from questions about the veracity of his congressional testimony by raising questions about Trump critics who, as he once did, work as paid contributors for the network, such as former acting FBI director Andrew McCabe.

CNN’s interview with Corey Lewandowski was, predictably, a mess. Here he is steamrolling Alisyn Camerota as she tries to ask him questions. pic.twitter.com/ctBFyUxECk

While host Alisyn Camerota mostly engaged in an argument with Lewandowski, the way to do effective interviews with evasive guests was demonstrated on Tuesday by attorney Barry Berke, a consultant to Judiciary Democrats who grilled Lewandowski for 30 minutes at the end of Tuesday’s hearing.

Berke held Lewandowski accountable for his own words by playing clips of comments he made during cable TV interviews. In one particularly memorable exchange, he pressed Lewandowski about a contradiction between what he once told MSNBC (that he doesn’t remember President Donald Trump asking him to pass along messages to Attorney General Jeff Sessions about the Mueller investigation) and what he told Mueller (that Trump had indeed asked him to pass along a message to Sessions about the Mueller investigation).

Backed into a corner by his own words, Lewandowski fessed up to gaslighting the media.

“I have no obligation to be honest with the media, because they’re just as dishonest as everybody else,” Lewandowski said, as the audience audibly groaned.

In which @BarryBerke tears Corey Lewandowski a new one pic.twitter.com/cwLf3NEI2E

CNN’s approach was less constructive. The resulting spectacle may have been entertaining in a manner similar to a Hulk Hogan bodyslam, but that comes at a cost — giving someone who has no shame about lying a platform to do what he does best.

How Trump undermines the best part of his foreign policy
Facebook Messenger will now try to fight scammers without reading your messages
We train police to be warriors — and then send them out to be social workers
How the Real Housewives built cable TV’s biggest fandom
Trump is insulting LeBron James’s intelligence — and Don Lemon’s — on Twitter
Why the trapped Thai soccer team is in increasing trouble: they’re running out of oxygen