Dating apps like Tinder and Bumble are free. But people say paying for them is worth the money. 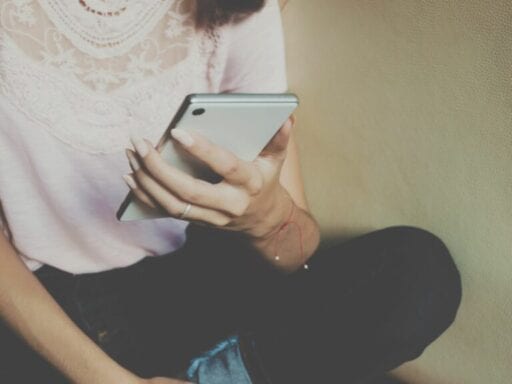 Even though they might not get you any closer to a relationship.

At what point in the completely nightmarish process of online dating does one decide that it’s worth spending money on making that experience slightly less terrible? After the first truly bad date? After the 70th?

A generation ago, things were simpler. You essentially had two options: Meet a fellow human being in your respective flesh sacks, or pay somebody (or a newspaper) to set you up with one. The internet wrought popular paid services like Match.com in 1995, JDate in 1997, and eHarmony in 2000, but it wasn’t until Tinder invented the addictive “swipe” in 2013 that online dating became a true free-for-all.

But a free-for-all doesn’t pay, which is why if you’ve ever spent time on Bumble, OkCupid, Coffee Meets Bagel, or any of the other zillion apps promising to make us feel a little less lonely, you’ve likely seen ads for a mysterious paid version of the very same service. They offer perks like read receipts, the ability to see who’s already swiped right, and a temporary “boost” that automatically puts you at the top of the pile for a certain amount of time. The practice has a long history: OKCupid rolled out its A-List feature as early as 2009, before Tinder and Bumble even existed.

And what the freemium pricing model did for online games is becoming the strategy used by dating apps today. They’re free to use, but the psychology of gaming suggests that the more you use them, the more tempting it is to advance to the next level. When it comes to online dating, however, the reasons that people choose to upgrade to the payment models are far more varied than that of a typical gaming app.

It may seem redundant, particularly when there are already dating apps where you can see who’s liked you that don’t cost a thing (Hinge, for instance). But people are still paying for premium — lots of them. Last fall, Tinder beat out Candy Crush to become the Apple Store’s top-grossing app after unleashing its Tinder Gold service. And app makers claim it’s worth it: In June, Coffee Meets Bagel co-founder Dawoon Kang told Vice that men who pay the $35 per month for the upgraded version have “a 43 percent higher number of connections (mutual likes) than non-payers” and that conversation lengths increase by 12 percent.

Those I talked to who’ve used premium versions of free dating apps didn’t have a singular reason for doing so — their motivations ranged from wanting to expand their location-based potential matches to avoiding the stigma of being discovered by Facebook friends on a kink-friendly app in a conservative town. But the most popular reason seemed to be the desire to see who’s liked them without having to make the commitment of liking them back.

Hannah, a 31-year-old teacher in Chicago, bought Bumble Boost after four years of being single and realizing she wanted to get serious about marriage and family. She says she doesn’t interact with a lot of men on the job (“other than my first graders, their dads, and our parish priest — none of whom I’m interested in dating”), and all of her friends are couples. A weeklong trial of Bumble Boost cost her about $10, which led to a monthlong package (about $25) and then a three-month-long package (about $50).

For Hannah, the biggest benefit was seeing who liked her before making the commitment to like them back. “[It’s] been helpful in seeing who’s left in the dating pool, adjusting my expectations, and deciding what ‘trade-offs’ I’m willing to make,” she explains. It also helped her get out of her comfort zone. “I definitely decided to match or message with some men I would’ve left-swiped on if I hadn’t known they were interested in me. I think it’s such a fine line — being open to different types of men and giving ‘pink flags’ in profiles the benefit of the doubt, while still listening to your gut and not wasting your time going out with men you’ll never be interested in or are straight-up jerks.”

That curiosity is the same reason Wynter, a 33-year-old engineer in Brooklyn, made the leap to Boost. “I recently broke up with someone and was out of the loop with swiping,” she explains. “A few days went by after downloading the app and I wasn’t getting any matches. I had friends reviewing my photos and got the thumbs-up on quality. I think I’m an attractive person and couldn’t understand the issue — was the app broken or what? I figured if I could see the matches, I could at least see who was swiping on me. Even if I wasn’t attracted to that person, it gave me some validation that I wasn’t a monster.”

However, paying for Bumble didn’t improve her actual experience on the app. In three weeks of using it, she’s gone on one date but said she probably would have swiped right on the person anyway. “Sure, I’m able to reach out to more people because I can connect to them, but the response rate is the same. A small percent of the people I match with respond or move past a few back and forth messages.”

That wasn’t an issue for Molly, a 25-year-old producer in Leeds, England, who paid for Tinder Gold despite never planning on actually meeting anyone from the app. “Arguably getting Tinder Gold was basically just a vanity purchase to reassure myself that people would be interested in me if I started using it more seriously,” she says. The ego boost worked, however: “Seeing who has liked you is kind of wild; it’s completely overwhelming but it was very, very interesting.”

For 23-year-old writer Dylan, the draw of Grindr Xtra was expanding the radius of potential matches. In New York City, where he’s based, the free version of the location-based app only showed him profiles within a couple of blocks. “In my opinion, if you live in a big, densely populated city, [the upgrade] makes a big difference. Though convenience is great, I don’t want to limit my dating or hookup prospects to just a couple blocks from my apartment. I would hate to miss out on meeting someone exciting just because they live six blocks away.”

In South Carolina, 36-year-old legal professional Jessica (not her real name) paid for the premium kink-friendly app Feeld because that was the only way her profile could remain hidden from Facebook friends. Due to her field of work and the fact that she lives in a small town in a conservative state, she didn’t want her precise sexual desires (profiles on Feeld specifically ask users to list them) to be public knowledge.

She says having the freedom to use an app without fear of being exposed introduced her to people she wouldn’t have met if she hadn’t known that they were into her first. “I hooked up with two guys separately that were younger than my age range, so I would not have seen them if I had not paid for the app and saw that they liked me first,” she says. “They were fun times.”

She also discovered a few surprises about the people in her town. “Lots of guys that I would not think were into kink were on the app,” she adds. “Just goes to show you do not know what goes on in other people’s bedrooms and not to judge a book by its cover. … It has made me more open and exploratory in my own sex life.”

Physical validation, sexual discoveries, and newfound open-mindedness: They’re the sorts of intangible objects that money isn’t supposed to be able to buy. But for most of the premium users I emailed, that’s what they found — all for under $25 a month.

But how much more likely are you to find an actual, IRL match? According to Eli J. Finkel, a psychology professor at Northwestern who has conducted comprehensive studies on the subject, the real genius of online dating isn’t sophisticated algorithms that promise to find your soulmate, like the ones offered by Match or eHarmony. Nor is it the ability to browse the profiles of other users for a glimpse into their actual personality (studies show it’s pretty much useless).

It’s much more simple than that: Online dating expands the pool of potential partners. In a 2015 New York Times op-ed, he wrote, “With Tinder, online dating is capitalizing on its strength — an expanded dating pool — and then accelerating the process of actually meeting someone.” So the greatest benefit of paying for an already free app might be services like Grindr’s location expander and Tinder’s unlimited swipes.

Of course, even when you’re paying for it to be somewhat less soul-crushing, dating is still dating. Unfortunately, that virtual $10 doesn’t unlock the gateway to the magical closet where your perfect match has been hiding all along, or even the gateway to someone who’s willing to meet up. “I’ve met some nice guys and met some duds. There are plenty of people that I talk to that I end up not meeting, either because it fizzles out or distance or whatever,” says Jessica.

“The actual interactions weren’t really any different than using the free version or any other dating apps,” adds Hannah.

Lorenzo, a 38-year-old customer service manager in San Diego, downloaded the paid versions of Tinder and OKCupid because he wasn’t looking for the kind of long-term relationships promised by sites like eHarmony. He said that at first he was able to schedule a date each week, but that the constant stream of matches started to turn into more of a trickle. “As far as OKCupid goes, I’m not sure it’s worth the pay,” he says. “I hardly get any likes, and most women don’t respond unless you message them.”

It also doesn’t prevent users from being, well, predictable human-being-on-a-dating-app levels of shady. Wynter says she’s skeptical of whether paying for premium is worth the cost because “I know a lot of men who swipe right on everyone they find even mildly attractive and filter later. It’s especially frustrating on Bumble because then I don’t feel I should put a lot of effort into my initial message because the match doesn’t guarantee a response.”

That’s the thing about paying for a free dating app: It might not provide the variables to the mysterious formula that equals “love” (or “great sex” or at the very least “a mildly pleasant evening”), but it’ll probably give you some interesting insights about the nature of humanity or a pretty solid confidence boost. And for many, that’s reason enough.

How Whole Foods, yoga, and NPR became the hallmarks of the modern elite
The 21 best movies of 2017
“He’s black me!”: Alec Baldwin returns to SNL to spoof Trump’s Kanye West meeting
Soon your driver’s license might not get you through airport security
Joe Biden is officially president. Here’s what he wants to do in office.
House Democrats passed a bill to repeal Trump’s travel bans