Democrats want to challenge Trump’s foreign policy in 2020. They’re still working out how. 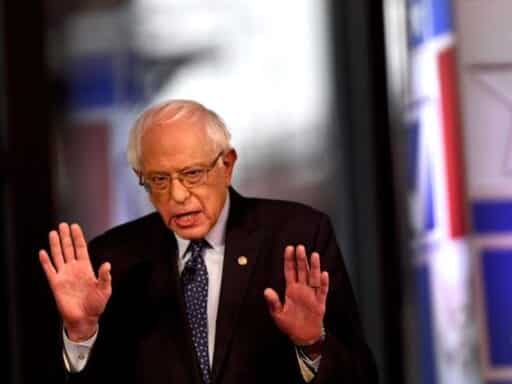 President Donald Trump is heading into the 2020 election with a pretty solid foreign policy success story to sell American voters — and Democrats are struggling (but working) to come up with a coherent message to counter it.

In just two years in office, Trump has achieved several big foreign policy wins: ISIS’s caliphate has been completely defeated. North Korea hasn’t tested a nuclear bomb or ballistic missile since 2017. The US defense budget has grown to historically high levels. And Mexico and Canada have agreed to a new, updated version of NAFTA that includes better protections for American workers.

And while there are certainly major caveats to all of those “successes” — and some serious foreign policy challenges, like the trade war with China, left conspicuously off the list — on paper at least, it’s a pretty strong record for Trump’s first term in office. Which means that Democratic candidates looking to unseat Trump in 2020 will face a stiff challenge crafting a compelling counter-narrative.

Of the over 20 Democratic candidates in the race so far, only Sens. Elizabeth Warren (D-MA) and Bernie Sanders (I-VT) have presented anything like comprehensive foreign policy platforms. Both candidates have outlined visions that focus on the broad goals of championing democracy abroad and building economic strength at home, but offer few specifics on major issues like North Korea, the Israeli-Palestinian conflict, and curbing the rise of China.

And the remaining candidates’ foreign policies remain largely unknown or undeveloped at this stage in the contest.

The conference, which has not previously been reported, will include both establishment heavy-hitters like former Obama National Security Adviser Tom Donilon and former Obama White House Chief of Staff Denis McDonough, as well as rising Democratic stars like Georgia gubernatorial candidate Stacey Abrams and Rep. Ro Khanna (D-CA).

Rhodes, who served as deputy national security adviser in the Obama White House, told me there’s a reason for the event and the upswell in activity. Progressives feel “Trump’s foreign policy represents a profound emergency for the country,” he said, “and so there needs to be better coordination among them to push back against what Trump is doing around the world.”

It’s a Herculean task. The Democratic Party is a big tent, and the party’s left flank is increasingly out of step with more centrist Democrats that have espoused traditional US foreign policy positions for decades. And progressives have historically stumbled when trying to present a viable foreign policy alternative to the more military- and security-focused conservatives on the right.

But Rhodes, Sullivan, and their allies are on a mission to correct this deficiency once and for all — first, by defining what a progressive foreign policy even is, and second, by finding a way to sell that affirmative vision of America’s role in the world to voters in 2020.

The only problem? It’s not clear voters even care all that much about foreign policy for any of this to matter when it comes to deciding the outcome of the 2020 election.

Yet Democrats remain undeterred. “You won’t win this argument if you won’t make it,” Sen. Chris Murphy (D-CT), who will speak at the conference, told me.

The four main pillars of a progressive foreign policy (so far)

I spoke to eight people — lawmakers, Democratic campaign aides, and experts — to better understand where progressives stand in their foreign policy thinking.

Other than their outright dismissal of Trump’s foreign policy approach, they’ve broadly agreed on our main priorities.

This is the big issue every Democrat I spoke to says should be at or near the top of the list of foreign policy concerns. For progressives, the threat posed by a warming planet with flooded coastlines and stronger storms won’t just be a major security issue, but potentially an existential risk.

This focus makes sense. The Pentagon is deeply worried that a changing climate may destroy military bases and lead to resource wars around the world. And it will certainly drive a wedge between Democrats and Trump, who thinks climate change is a hoax and withdrew the US from a global agreement to combat it.

Refrains of “saving the planet” may lead to mockery from Trump and his fellow Republicans, but progressives say the problem is too big to fear rebukes from the right.

Progressives say they are horrified by how Trump has cozied up to dictators and authoritarians from Saudi Arabia to Russia to North Korea. His “America First” style has also led him to ignore human rights and democracy around the world, values the US historically stood for (at least in theory), in favor of the economy and trade.

How to do that? By stopping corruption worldwide. The theory, as they explained it, is that authoritarians benefit from corrupt practices — like having access to dark money or putting sycophants in positions of power. Thus, by curbing those practices, the US will help democracy flourish.

One way to do that, Murphy told me, would be to create an anti-corruption bureau at the State Department. That office could coordinate aid to more repressive countries with the condition that they liberalize their markets and democratize their societies. That would require the US to spend more money on diplomacy and development, he said, while still maintaining a robust defense budget.

Okay, so where would all that money come from? From taxes on the wealthy, of course. “There’s plenty of money to spend if we stop cutting taxes to billionaires and massive corporations,” Murphy said.

Trump’s abandonment of America’s traditional allies angers many progressives I spoke to. For example, the president has openly questioned the utility of NATO and lambasted longstanding allies like the United Kingdom and Japan for what he considers unfair trade practices harming the American economy.

Progressives want to reverse all of that.

“Democrats must go back to basics emphasizing the value of alliances,” a Democratic presidential campaign aide, speaking on condition of anonymity because he wasn’t authorized to speak to press, told me. “They can assert themselves as the party of renewed American leadership internationally by continuing to sustain the foundations of the post-World War II world order.”

Doing so will help the US face longer-term global challenges like climate change, violent extremism, and pandemic diseases, Democrats say. Having allies and friends will also help the US counter the twin rises of China and Russia — the two countries Democrats I spoke to consistently identified as America’s biggest foes.

“If we’re going to win competitions against China or Russia, then we need a bigger team,” Jake Sullivan, a co-founder of National Security Action who was also a top adviser in Hillary Clinton’s presidential campaign, told me.

When it comes to trade and economics, progressives sometimes sound a lot like Trump. Many want to reform trade deals so more jobs stay in the US, and to invest more in America’s infrastructure and private sector.

But, of course, while some acknowledge that Trump correctly diagnosed a major problem, they are quick to add that his solutions to that problem — in particular, the decision to launch potentially disastrous trade wars with Europe and China — are off the mark.

His spat with China, for example, has taken his attention away from the bigger issues, Khanna, a leading thinker on progressive foreign policy, told me.

China has invested in high-speed rail, contributed billions to scientific research, and taken a lead on developing clean energy, he said. The US, meanwhile, has fallen woefully behind in all of these areas. “The president is right to say when our greatest strategic competitor is China,” Khanna noted, “but he has failed to lead in making sure America wins the 21st century.”

Progressives, then, believe investing in future technologies and new American jobs won’t just strengthen the US economy, but will also help the US compete against its global challengers. “Whether you believe in climate change or not, I would rather parts of Iowa lead in new clean technologies than parts of China,” Khanna said.

The people I spoke with cited numerous other foreign policy issues they thought should be included in any progressive foreign policy platform, including promoting immigration and allowing all those who want to serve in the US military to do so, regardless of gender identity.

They also plan to hit Trump on his failure to remove the US from foreign fights. “Trump came into office claiming that he wanted to end endless wars,” says Matthew Duss, Sanders’ foreign policy adviser, “but his policies are increasing, rather than reducing, the chances of the US being drawn into greater conflict.”

Overall, though, the four themes above currently make up the main components of the burgeoning progressive foreign policy consensus.

But now comes the hard part: getting everyone on board.

“This is the correct vision that we should run on”

But that’ll be hard, for two main reasons.

First, not all Democrats agree with the platform they’ve outlined. Some want to curb free trade far more aggressively, others want climate change to be the sole issue Democrats run on, and still others believe military spending is out of control and should be cut — perhaps dramatically. So getting Democrats — from the more progressive left flank of the party to the more moderate centrists — all on the same page will be exceedingly difficult. Just having them hit the same general talking points, then, may be a victory on its own.

Second, the four pillars above are all well and good, but they don’t really offer many specifics when it comes to dealing with some of the thorniest foreign policy issues — as some Democrats freely admit.

“We need to devise specific policy ideas to specific international challenges like China, North Korea, and Iran,” the Democratic campaign aide told me. This means figuring out workable answers to complex questions like how to work with China on combating climate change while simultaneously pushing it to play fairer in the trade arena; whether to pursue diplomacy with North Korean leader Kim Jong Un or take a more militaristic approach to curb his country’s nuclear program; and how to counter Iran’s meddling throughout the Middle East without cozying up to an equally noxious regime in Saudi Arabia or disrupting the global supply of oil.

But the lack of specifics may be partly by design. “Politicians have an incentive to be vague,” Elizabeth Saunders, a US foreign policy expert at Georgetown University, told me. “Voters don’t vote on policy specifics, and broad messaging naturally isn’t going to get into the details.”

What’s more, she said, Democrats will have to answer for the trade-offs they advocate for. Will progressives say they don’t mind reducing defense spending to increase development in aid? Will they try to fend off China and Russia at once, and if so, what nations will they pay less attention to? It’s unclear as of now how voters will react to their stances.

That won’t dissuade some progressives for making their case to a public that may be tired of Trump’s handling of foreign policy, even if he can make a compelling case for it.

“This is the correct vision that we should run on,” Khanna told me.