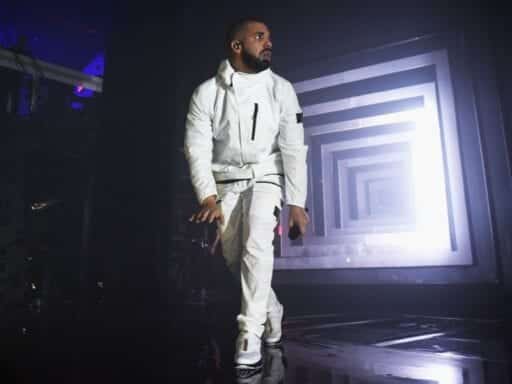 If there’s such a thing as cosmic, karmic balance, Drake seems to have achieved it, by transmuting how much the internet loves to dunk on and memeify him into record-breaking success for his fifth studio album, Scorpion.

Scorpion, which was released on June 28, consists of 25 tracks packaged as a double album, with the A-side primarily composed of hip-hop tracks, and the B-side made up of R&B and pop. In other words, it’s a lot of album, with a lot to say, and in the weeks since its debut, it’s stayed a hot commodity for more reasons than one.

The album has enjoyed a meteoric rise on the charts

As of now, Scorpion is only the fourth album ever to have seven top 10 Hot 100 hits, after Janet Jackson’s Rhythm Nation 1814, Bruce Springsteen’s Born in the U.S.A., and Michael Jackson’s Thriller. (Notably, one of Drake’s seven songs, “Don’t Matter to Me,” features previously unreleased vocals from the late Jackson.)

The album has also achieved unprecedented success when it comes to streaming, breaking Apple Music’s single-day streaming record and becoming the first album to surpass 1 billion streams in a single week.

New era. New platinum. Thank you a billion times over (a billion plus).

It adds a layer of complexity to Scorpion, as Drake raps about his relationship to fame, family, and social media. But for as angsty as the album can get, the rapper is now riding high on its success, with the record soaring on the charts and even spawning a social media challenge, #DoTheShiggy, or the #InMyFeelingsChallenge, named after (and involving) one of the songs.

When you and Bae #DoTheShiggy On Top of Cape Town on ur #Honeymoon. @DangeRussWilson #InMyFeelingsChallenge pic.twitter.com/wjjdIm7YEg

What we know about a shooting, stabbing, and fire in Honolulu, Hawaii
Joe Biden’s big FDA decision
The future of the Senate majority could hinge on two Georgia runoffs
How scientists colorize photos of space
Could contact tracing bring the US out of lockdown?
Will the government shutdown affect tax refunds and returns? Maybe not.