Earthquakes shook California this week. More could come, but predicting them isn’t easy. 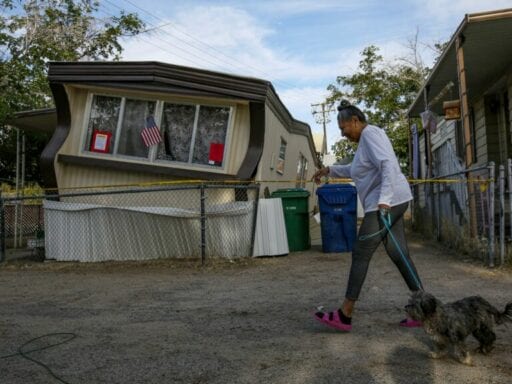 Seismologists say more earthquakes could be on the way, but technological limitations makes it difficult to tell when they could strike.

California’s largest earthquake in decades rattled homes, damaged buildings and led to widespread power outages on the Fourth of July — before being followed up by an even larger quake on Friday night.

On Thursday, a 6.4 magnitude earthquake hit southeastern California. Its epicenter was in Ridgecrest, a city of fewer than 30,000 people about 150 miles north of Los Angeles. The following night, a 7.1 magnitude earthquake led to structural fires and injuries, but no fatalities.

Although tremors were felt as far away as Las Vegas and Mexico, Ridgecrest’s relatively remote location may have helped contain the worst of the damage, Paul Caruso, a geophysicist with the US Geological Survey, told The Washington Post.

On Saturday morning, he declared another state of emergency in nearby San Bernardino County. The declaration detailed “widespread and significant damage to critical infrastructure, including roads, water lines, and gas lines, resulting in multiple structural fires.”

At a press conference on Saturday morning, Kern County Fire Chief David Witt said his team was responding to structural and vegetation fires amid reports of infrastructural damage.

“We have people in place, people in place out in Ridgecrest and all of our fire stations are staffed right now,” he said. He added that support teams had come in from nearby communities, including Los Angeles, Fresno, Orange County, and neighboring San Bernardino.

The San Bernardino fire department tweeted that homes had shifted and walls had fallen, and that gas leaks — but no quake-related fires — had been detected in their service areas:

#Earthquake(Update): Numerous gas leaks have been detected in the Trona and Argus areas. Firefighters have secured leaks where possible and evacuated residents from homes with leaks that cannot be secured. #SBCountyOES, #CERT, #ECS teams activated.

According to Brandon Miller, a meteorologist for CNN, Friday’s event was five times bigger and 11 times stronger than Thursday’s. Now experts are predicting a series of follow-up tremors — and they have the potential to be even larger.

More earthquakes could come, but predicting them is difficult

The Thursday and Friday earthquakes were part of a sequence, Lucy Jones, a seismologist at the California Institute of Technology, told the LA Times, adding that another event in the sequence could surpass Friday’s.

“It is clearly a very energetic sequence, so there’s no reason to think we can’t have more large earthquakes,” she said, placing the odds of another surpassing magnitude 7 at one in 10.

“It would be extremely unusual if we didn’t have another [magnitude] 5 this week,” she added.

At Saturday’s press conference, Chief Witt said his team was ready for potential aftershocks, but predicting when they could come is a difficult task, even for experts like Jones.

While seismologists can use historical records and geologic measurements to figure out where earthquakes are likely to hit, it is much harder to predict when the next tremors might occur. As Vox’s Umair Irfan has explained:

It’s difficult to figure out when an earthquake will occur, since the forces that cause them happen slowly over a vast area but are disbursed rapidly over a narrow region. What’s amazing is that forces built up across continents over millions of years can hammer cities in minutes.

Forecasting earthquakes would require high-resolution measurements deep underground over the course of decades, if not longer, coupled with sophisticated simulations. And even then, it’s unlikely to yield an hour’s worth of lead time. So there are ultimately too many variables at play and too few tools to analyze them in a meaningful way.

Some research shows that foreshocks can precede a larger earthquake, but it’s difficult to distinguish them from the hundreds of smaller earthquakes that occur on a regular basis.

Scientists are able to make broad predictions, however. For instance, Jones has said an earthquake of the size that shook southern California on Friday could have “aftershocks that last for years.” Many of these are likely to be quite small: There’s been roughly one per minute in that region since Friday, according to the US Geological Survey.

Jones also told the Times that although the exact moments the recent earthquakes hit were a surprise, seismologists knew a fairly strong quake was likely. She said it’s a return to an old pattern of earthquakes in the state, which has recently experienced an unusual diminution of seismic activity.

“In California, we expect to have a magnitude 7 once every 10 to 20 years, and the last one was 20 years ago,” Jones said. “Think of this as a return to what California is supposed to be doing.”

In this way, the earthquakes are not likely connected to other abnormal weather patterns of late — record heat waves across Europe and in Alaska, for example — that have been linked to climate change.

Scientists haven’t linked earthquake sequences to climate change at all, actually, but they are studying the possibility increasing global temperatures could affect seismic activity. As Irfan explained:

As average temperatures rise, massive ice sheets are melting, shifting billions of tons of water from exposed land into the ocean and allowing land masses to rebound. That global rebalancing could have seismic consequences, but signals haven’t emerged yet.

“What might occur is enough ice melts that could unload the crust,” [Stanford University geophysics professor Greg] Beroza said, but added there is no evidence for this, nor for which parts of the world will reveal a signal. [Harvard University’s Marine] Denolle agreed that this could be a mechanism, but if there is any impact from climate change on earthquakes, she says she suspects it will be very small.

Most earthquakes, including those that quavered under southern California this week, stem from cracks in the earth’s crust, known as faults. As Irfan also explained:

An earthquake occurs when massive blocks of the earth’s crust suddenly move past each other. These blocks, called tectonic plates, lie on top of the earth’s mantle, a layer that behaves like a very slow-moving liquid over millions of years.

That means tectonic plates jostle each other over time. They can also slide on top of each other, a phenomenon called subduction.

The places on the planet where one plate meets another are the most prone to earthquakes. The specific surfaces where parcels of earth slip past each other are called faults.

As plates move, pressure builds up across their boundaries, while friction holds them in place. When the former overwhelms the latter, the earth shakes as the pent-up energy dissipates.

For years, scientists have warned about “The Big One” — an enormous earthquake that could rock the Pacific Northwest, affecting some 7 million people. Of concern in southern California is another, slightly smaller, predicted quake, one predicted to reach magnitude 8.2. That one would emerge from the San Andreas Fault.

Initial reports about this week’s quakes led to concerns that the San Andreas Fault could be triggered by these events, and that activity there could trigger a massively devastating earthquake. But their center was 100 miles away from that fault, and seismologists say there is no connection between the San Andreas and these earthquakes.

M6.4 on a strikeslip fault about 10 miles from Ridgecrest. Not the San Andreas fault. It is an area with a lot of little faults but no long fault

Instead, these tremors, while powerful, may not ultimately be so unusual.

Or as Jones put it: “This is an area that normally has lots and lots of earthquakes.”