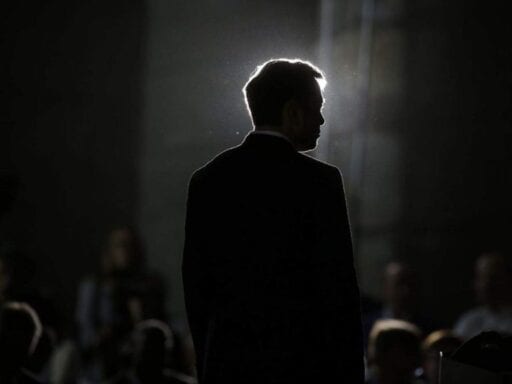 Last week, the Tesla CEO said he was going to be better on Twitter. Spoiler alert: he’s not.

While the rest of the world celebrated the rescue of 12 Thai boys and their soccer coach trapped in a cave in northern Thailand this week, Elon Musk is still mad his plan to help out didn’t work. And he’s throwing a fit on Twitter — he baselessly accused one of the British divers involved in the mission of being a pedophile.

Here’s what happened: 63-year-old British caver Vern Unsworth, who according to CNN played an instrumental role in rescuing the team, criticized Musk in an interview with the network this week for his attempted involvement in the mission. As the saga was unfolding, Musk said that his companies SpaceX and the Boring Company would help rescue the boys. He proposed creating an “air tunnel underwater.” Musk also had engineers from SpaceX and Tesla build and test a mini-submarine for the boys to escape, but it was never used.

Unsworth in an interview with CNN said Musk’s submarine was “just a PR stunt” and had “absolutely no chance” of working. “He can stick his submarine where it hurts,” he said.

Cave rescuer on Musk: “It was a PR stunt. It had no chance of working.” pic.twitter.com/uPgRMQLkRx

Musk in a series of tweets reacted to Unsworth’s assessment. He said he “never saw this British expat guy” and mentioned a rescue video that he said could refute his remarks. But then, Musk went a step further, saying not to “bother” showing the video and calling Unsworth a “pedo guy” — as in, accusing him of being a pedophile.

Water level was actually very low & still (not flowing) — you could literally have swum to Cave 5 with no gear, which is obv how the kids got in. If not true, then I challenge this dude to show final rescue video. Huge credit to pump & generator team. Unsung heroes here.

You know what, don’t bother showing the video. We will make one of the mini-sub/pod going all the way to Cave 5 no problemo. Sorry pedo guy, you really did ask for it.

When a fellow Twitter user pointed out the accusation Musk had lobbed, the South African entrepreneur responded, “Bet ya a signed dollar it’s true.”

Elon Musk should probably get off the internet for a second

Musk, 47, is a combative personality and is often quick to attack those who criticize him. In a May conference call discussing Tesla’s latest earnings, Musk mocked analysts. “Boring, bonehead questions are not cool — next,” he said after one analyst asked a question. He told another the questions were “so dry” that they’re “killing me.”

His grievances often make it to Twitter, where he lambastes and argues with fellow users and makes complaints.

Also in May, Musk went after the media, apparently incensed by a string of unflattering reports about Tesla, including production delays, a deadly autopilot crash, and questions regarding its labor practices. He lambasted the press for it’s “holier-than-thou hypocrisy” and said he would “create a site where the public can rate the core truth of any article” and track the “credibility store” of journalists and outlets.

Even if some of the public doesn’t care about the credibility score, the journalists, editors & publications will. It is how they define themselves.

Before the pedophile accusation, Musk spent much of the weekend squabbling over Federal Election Commission filings that show he donated to a House Republican PAC. Musk also donates to Democrats and said on Twitter that he gives a “nominal annual amount” to both parties to “maintain dialogue.” He also said that until this weekend, he doesn’t see the checks that go out.

That said, I do not actually see the checks (changed that policy today). A nominal annual amount goes out automatically to both parties to maintain dialogue. I have given vastly more to humanitarian causes.

A week ago on July 8, Musk in an interview with Bloomberg addressed his Twitter habits and said he would tone it down.

“I have made the mistaken assumption — and I will attempt to be better at this — of thinking that because somebody is on Twitter and is attacking me that it is open season,” he said. “And that is my mistake. I will correct it.”

Emma Chamberlain and the business of being relatable
Trump and Biden will hold dueling town halls instead of a debate this Thursday
China paid Facebook and Twitter to help spread anti-Muslim propaganda
When is the next presidential debate? It’s scheduled for October 15.
Toronto police to Canadians: stop snitching on your neighbors about marijuana
85 percent of WeWork’s white-collar employees don’t think Adam Neumann’s $1.7 billion exit package i...