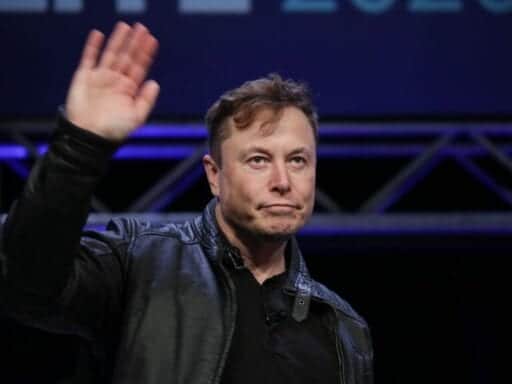 Elon Musk’s reaction to the coronavirus crisis has been, um, less than ideal.

Tesla CEO Elon Musk is gonna Elon Musk, even during a global pandemic.

Musk — and his problematic tweets — have prompted controversy for quite some time. His reaction to the coronavirus crisis is no different. Even as public officials around the world have warned of the potentially catastrophic implications of the virus, and as federal, state, and city leaders beg the public to combat the virus’s spread by socially distancing, the South African-born entrepreneur has suggested on Twitter than the whole thing is “dumb,” or at least that everybody should settle down about it. Meanwhile, despite a local shelter-in-place order enacted on Tuesday in several California Bay Area counties, he ignored calls to close a Tesla factory located there. Only on Thursday afternoon, shortly before publication of this story, did Tesla announce it would temporarily suspend production in its Fremont, California, factory on March 23.

Musk is a powerful public figure. In addition to running Tesla, he’s the founder of SpaceX, and many consider him to be one of the most forward-thinking tech figures of our time. But his words and actions often get him into trouble — as they did in 2018 when his off-the-cuff tweet about taking Tesla private sparked federal probes and earned him a Twitter babysitter. In other words, it is less than surprising that Musk is going to be himself during a pandemic, even when it’s not really helping his — or the public’s — cause.

This is noteworthy because what Musk says and does matters. People respect him and follow his advice. If he doesn’t take coronavirus seriously, others might not, either. What’s more, he’s in charge of factories employing thousands of people, and he has taken a contradictory approach compared to other tech and corporate leaders when it comes to letting employees work from home and shifting production to coronavirus-related necessities.

Tesla did not return a request for comment for this story.

Musk first made waves in the coronavirus discourse with a single tweet, declaring, “The coronavirus panic is dumb.” It was the most-liked tweet of the week on Twitter.

The coronavirus panic is dumb

While in early March concerns about the virus in the US were still muted, there were plenty of signs indicating the situation wasn’t good. A cruise ship with guests who tested positive was marooned off the coast of California. The situation in Italy had become increasingly dire, and concerns were growing about outbreaks in Washington and other states. Global events and conferences were being canceled.

If anything, Musk’s tone at the time was akin to President Donald Trump’s, who at the time was saying the upside to the virus was that “people are now staying in the United States” and spending their money here.

Musk’s coronavirus adventure continued from there, much of it taking place online.

March 8: Musk says virality and death rate of the coronavirus are “overstated”

Two days later, on March 8, Musk doubled down on his stance that the reaction to the virus is “dumb,” saying the fatality rate from the disease is “greatly overstated” because there are few tests. As for the cruise ships, he noted ships with “a lot of people & limited medical facilities are a serious issue.”

Fatality rate also greatly overstated. Because there are so few test kits, those who die with respiratory symptoms are tested for C19, but those with minor symptoms are usually not. Prevalence of coronaviruses & other colds in general population is very high!

March 9 and 10: Musk says stocks were due for a correction, mulls dance party

When stocks began to falter on March 9, he declared the market “was a bit high anyway” and “due for a correction.”

And on March 10 when the Coachella music festival was postponed, he suggested it should remain that way until it “stops sucking.” (Burning Man, on the other hand, he agreed was still worth the experience “for now.”) The same day, he put out a Twitter poll about whether Tesla should have a “mega rave cave.”

The people have spoken!

Musk seemed to be aware that his comments had been ill-received by many. But he kept at it and took encouragement from his most supportive followers.

Thank you for your kind words, brother

This week, it began to seem like Musk maybe was getting the message on coronavirus and had begun to accept that it is a big deal after all, as cities and states began to mandate shutdowns, the stock market plunged, and it became increasingly clear that “social distancing” was on track to be the new norm — not just for weeks but potentially months.

Earlier this week, he replied to some tweets about handling stress and potential treatments for the disease. He also wrote pretty candidly about his experience with chloroquine, an antimalarial drug that has been discussed as a potential treatment for coronavirus.

Was also given a lot of doxycycline https://t.co/hn0BzsIatz

I was first misdiagnosed at Stanford Hospital with viral meningitis, then again misdiagnosed at Sequoia. A visiting doc from San Jose General saw my charts & sent me to ICU immediately. I was ~36 hours from being unrecoverable. So, I take expert advice with a grain of salt …

But at the same time, Musk was still downplaying how dire the pandemic is. On Monday, he followed up a tweet of a paper outlining potential drug therapy options with a tweet insisting that the “danger of panic still far exceeds danger” of coronavirus.

That said, danger of panic still far exceeds danger of corona imo. If we over-allocate medical resources to corona, it will come at expense of treating other illnesses. Track graph at bottom of this page: https://t.co/7nWKjiZyFn

His Twitter messaging resembled his messaging to Tesla employees.

On Tuesday, as companies across the country told employees to work from home, Tesla decided to keep one of its plants open in Fremont, California, despite a shelter-in-place order that went into effect for the area at midnight that day. Shelter in place essentially means people are supposed to stay where they are and only leave to perform essential tasks, like going to the grocery store, or if it is essential they go to their job — for example, if they’re a health care worker.

In an email on Monday, he had told employees they didn’t have to come in — but said he planned on doing so. “I’d like to be super clear that if you feel the slightest bit ill or even uncomfortable, please do not feel obligated to come to work. I will personally be at work, but that’s just me. Totally OK if you want to stay home for any reason,” he wrote. (This is a step up from an email he sent to SpaceX employees the Friday before, when he told employees they were likelier to die in a car crash than from coronavirus.)

Despite orders from the Alameda County Sheriff’s Office, where Tesla’s plant is based, to shut it down because it’s not an “essential” business, Tesla was forging ahead. That did change on Thursday, March 19, when it announced plans to suspend production at its Fremont plant, as well as at another factory in New York, “except for those parts and supplies necessary for service, infrastructure and critical supply chains.” In contrast, by Wednesday, Ford, General Motors, and Fiat Chrysler said they were suspending production at their North American plants at least through the end of the month.

March 18 and 19: Musk says Tesla will make ventilators, talks to Bill de Blasio about it; Tesla finally says it will suspend production

While Musk may not yet fully buy into the coronavirus fears, he finally said he will try to help respond to the pandemic. On Wednesday, Musk said Tesla would join General Motors and Ford in offering to make hospital ventilators. Musk announced that one on Twitter, where he’s talking to FiveThirtyEight’s Nate Silver and New York City Mayor Bill de Blasio about it. As though 2020 could not get weirder.

Tesla makes cars with sophisticated hvac systems. SpaceX makes spacecraft with life support systems. Ventilators are not difficult, but cannot be produced instantly. Which hospitals have these shortages you speak of right now?

Sounds good, we will connect with your team to understand potential needs

It’s worth noting that Musk said Tesla would make ventilators “if” there’s a shortage, and his tweets do not always translate to things that are happening in the real world. The New York City Mayor’s Office told CNBC they still hadn’t heard from Musk.

Moreover, Musk’s help isn’t always, you know, helpful. When a group of young boys was trapped in a cave in 2018, Musk tried to get involved in the effort to rescue them. He sent engineers to Thailand and tweeted about making some sort of submarine to assist. Eventually, the boys were rescued — without his submarine — and Musk wound up calling one of the rescuers a pedophile while arguing with him on Twitter.

Like it or not, what Elon Musk says kind of matters

If Tesla winds up making ventilators, it will most certainly be a good thing. But as to some of his other comments that go against CDC recommendations, maybe ignore them.

But beyond any real effort he makes to pitch in on the crisis, what Musk says about the coronavirus matters, in a similar way to what the president says or what some personality on Fox News says about the pandemic. He has 32 million Twitter followers, and there’s a sort of “cult of Elon Musk” around him, meaning people listen to him.

Musk, like all of us, gets to do the coronavirus his way, but his choices matter more. He can do it irresponsibly, like the spring breakers who are still partying on the beach in Miami. Or he can do it responsibly. It’s up to him, and it’s not too late for him to change his tack and encourage his followers to do the same.

Andrew Yang endorses Joe Biden: “The math says Joe is our prohibitive nominee”
Trump is quietly gutting the asylum system amid the pandemic
Bernie Sanders ends his second bid for the presidency
The most important part of the Trump-Putin summit no one is talking about
Senate passes resolution to end US role in Yemen war
Wisconsin primary election: April 7, 2020