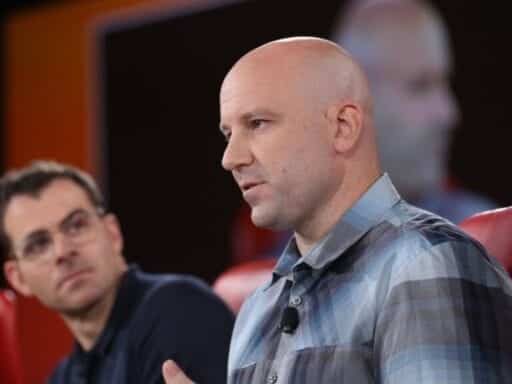 It’s no longer news when a prominent tech figure describes Facebook as a product with potentially toxic effects. We’ve been hearing that for several years now.

It is news when that description comes from a current top Facebook executive.

The Facebook executive is Andrew “Boz” Bosworth, a longtime Facebook executive who currently runs the company’s experiments in augmented and virtual reality. And his analogy — which compares Facebook to sugar— comes from a recent memo he distributed to Facebook employees late last year, which surfaced on Tuesday via the New York Times.

“While Facebook may not be nicotine I think it is probably like sugar. Sugar is delicious and for most of us there is a special place for it in our lives. But like all things it benefits from moderation,” Bosworth wrote in an internal post he initially published at the end of 2019. Then he took his argument to (his) logical conclusion: “If I want to eat sugar and die an early death that is a valid position.”

Bosworth’s memo has much more in there, which is getting plenty of deserved attention, including the assertion that Facebook did indeed help Donald Trump win the 2016 election — by giving him the tools to run “the single best digital ad campaign I’ve ever seen from any advertiser. Period.” And the memo also reveals that Bosworth, a self-described “committed liberal”, fantasizes about using Facebook to prevent Trump from winning in 2020, but won’t.

But it’s Bosworth’s notion that Facebook, like sugar, can be a harmful product if misused, and that Facebook’s users are ultimately responsible for deciding how to use Facebook, that is striking. I haven’t ever heard a Facebook executive say something that clear, out loud, in what is more or less a public forum.

In the past, Facebook leaders like Mark Zuckerberg have discussed the idea of promoting healthy use of Facebook, using notions like “time well spent.” But describing the $611 billion company’s core product as a thing that can make you sick is something new.

It’s both common sense — you shouldn’t use too much of anything — and an important milestone for a company that has been under constant attack.

(Here we should point out that this isn’t the first time one of Bosworths’ internal memos have created uncomfortable news for Facebook. But while Bosworth isn’t speaking on Facebook’s behalf, Facebook feels comfortable with Bosworth speaking his mind in public forums, like Twitter, and the 2019 Code Conference. Asked for comment on Bosworth’s commentary, Facebook PR sent a link to a Facebook post he put up today which republishes his commentary, along with introductory text.)

The flip side: As jarring as the analogy sounds for a company that has always insisted that its product is a fundamentally good thing for the world, it is also a useful way for Facebook to encourage users, politicians, and regulators to think about Facebook.

Sugar, after all, is legal, and produced and consumed in enormous quantities around the world. And while lots of people, including government agencies, will tell people not to consume too much sugar, they almost never put restraints on sugar consumption. (Presidential candidate Michael Bloomberg, a rare exception, did try to do that as Mayor of New York City, by taxing sugary drinks, and found himself widely derided as an advocate of a nanny state. You won’t see him talking that one up during his campaign.)

Bosworth heads down this route in his essay, arguing that it’s up to consumers to decide how much sugar to shove into their body — and pointing out unsuccessful efforts by companies to sell healthy foods, because their consumers truly want to shovel lots of sugar into their body. “At the end of the day we are forced to ask what responsibility individuals have for themselves.”

That doesn’t mean Bosworth, or his bosses, are arguing that Facebook shouldn’t be regulated — Facebook’s current talking point is that it welcomes regulation, and wishes that that the governments of the world would hurry up and regulate Facebook and the rest of the internet.

But it ultimately leaves Facebook off the hook for damage the product causes: It only sold you Twinkies by the pallet — it didn’t force you to eat all of them.

Impeach him, anyway
This week in TikTok: Are you cottagecore or more “dark academia”?
The 4 plans to end social distancing, explained
Weed was the real winner of the 2020 election
Kentucky’s new governor is giving the right to vote back to 140,000 ex-felons
“Speaks perfect English”: Trump’s offensive praise of a Latino Border Patrol agent