Facebook’s commitment to privacy is about to be tested 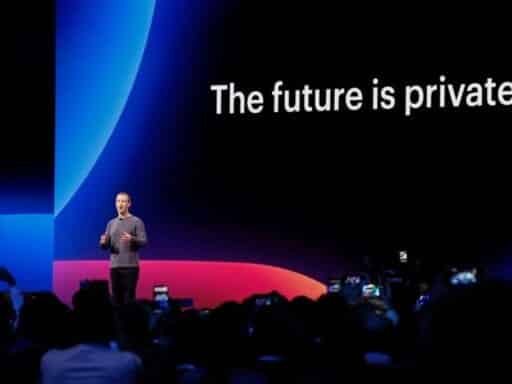 Mark Zuckerberg says he’s convinced that the future of Facebook is private. He now has the first test of that conviction.

The Justice Department is preparing to ask Facebook to slow down its plan to encrypt its messaging services across its platforms, setting up a possible standoff between Facebook and the federal government. Facebook has made this encryption a centerpiece of its corporate future, both as a business strategy but also as a way to position Facebook as friendly to its users amid new scrutiny from privacy activists and regulators.

But it turns out that the federal government isn’t happy with this. Attorney General Bill Barr on Friday is scheduled to release a letter asking Zuckerberg to ensure that this encryption will not impede federal officials from investigating possible crimes, according to BuzzFeed News.

“Security enhancements to the virtual world should not make us more vulnerable in the physical world,” says the letter, which comes not only from Barr but also top government officials in the United Kingdom and Australia. “Companies should not deliberately design their systems to preclude any form of access to content, even for preventing or investigating the most serious crimes.”

Facebook is in the process of integrating the back ends of different messaging services, like WhatsApp — which is already end-to-end encrypted — and Messenger, each of which has over 1 billion users, so messages can flow freely between them.

But Barr’s letter sees this all as a risk when it comes to combating crimes like sexually abusive imagery of children, which, as the New York Times reported this weekend, Facebook has struggled to combat.

“Risks to public safety from Facebook’s proposals are exacerbated in the context of a single platform that would combine inaccessible messaging services with open profiles, providing unique routes for prospective offenders to identify and groom our children,” the letter reads.

The Justice Department didn’t immediately respond to requests for comment, but Facebook said in a statement that current law already requires them to cooperate with the US government “when they receive valid legal requests and does not require companies to build back doors.” And the company said that it has already been consulting with experts on concerns like child safety.

“End-to-end encryption already protects the messages of over a billion people every day,” Facebook said in a statement. “It is increasingly used across the communications industry and in many other important sectors of the economy. We strongly oppose government attempts to build back doors because they would undermine the privacy and security of people everywhere.”

Facebook now must decide how much to cooperate with Barr. If the company capitulates, it would draw into question just how committed Zuckerberg is to this new privacy-centered future for Facebook, which he has devoted thousands of words to articulating in 2019.

But Facebook is also in a delicate political situation with the Trump administration. It is the subject of multiple probes looking into power and data practices, and there might be some temptation, at the least, to try to work with a federal government that is threatening the company in so many disparate ways.