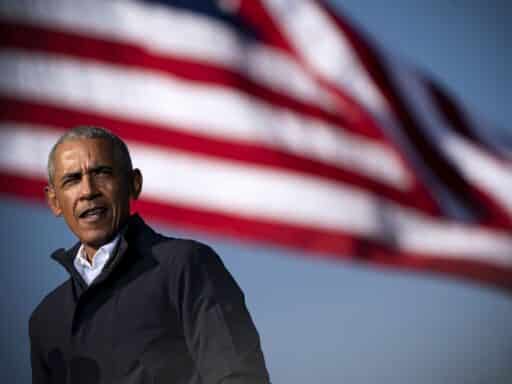 “We’d be kidding ourselves if we treated it as a total surprise.”

Former President Barack Obama on Wednesday issued a statement condemning the rioters who stormed the US Capitol, and in it he made an important point about the assault: “We’d be kidding ourselves if we treated it as a total surprise.”

In comments posted to Twitter, Obama both denounced the violence that President Donald Trump’s supporters engaged in and called out several factors that helped build up to this moment. Most important among them: that Trump — and some of his Republican allies — have spread lies about the election results for weeks, fueling discontent with the outcome among his supporters.

“For two months now, a political party and its accompanying media ecosystem has too often been unwilling to tell their followers the truth — that this was not a particularly close election and that President-elect Joe Biden will be inaugurated on January 20,” Obama wrote. “Their fantasy narrative has spiraled further and further from reality, and it builds upon years of sown resentments. Now, we’re seeing the consequences, whipped up into a violent crescendo.”

Here’s my statement on today’s violence at the Capitol. pic.twitter.com/jLCKo2D1Ya

Earlier on Wednesday, Trump had gone so far as to urge his supporters to march to the Capitol and express their views about the illegitimacy of the election results, which were in the process of being certified at the time. Dozens of House Republicans and 14 Republican senators had planned to support an effort to object to specific states’ results as well.

Obama explicitly called on Republican lawmakers to take a stand against the baseless claims Trump has made about the election as they finish the Electoral College vote count. He praised GOP leaders who’ve already done so and stressed that those who hadn’t had an important decision to make.

“Republican leaders have a choice made clear in the desecrated chambers of democracy,” Obama wrote. “They can continue down this road and keep stoking the raging fires. Or they can choose reality and take the first steps toward extinguishing the flames.”

5 fascinating stories about Lee Israel, the real person behind Can You Ever Forgive Me?
Harvey Weinstein’s night out looks a lot like the groundwork for a comeback
A judge has rejected the Ohio governor’s request to postpone the state’s primary
Amazon has started removing QAnon and right-wing militia merchandise following employee complaints
GPT-3, explained: This new language AI is uncanny, funny — and a big deal
What happens if the president is too sick to do the job?