Free labor from college athletes may soon come to an end 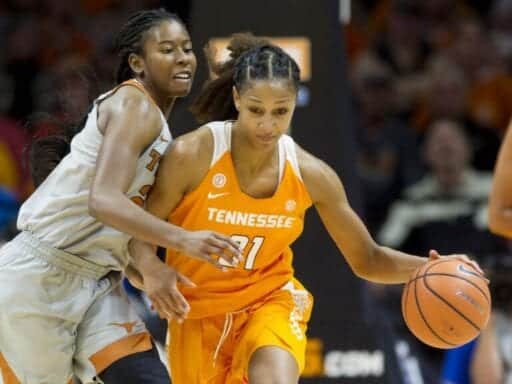 A new law in California changes everything.

California is shaking up the big business of college sports.

Earlier this week, Gov. Gavin Newsom signed a bill that would let college athletes make money from endorsement deals for the first time. Right now, they’re the only ones involved in the $14 billion industry who aren’t cashing in.

The new law, which doesn’t go into effect until 2023, is meant to pressure the National Collegiate Athletic Association to change its rules before then. The NCAA is still clinging to its long-held view that college athletes should spend their time earning a degree for playing sports, not making money.

But times have changed. In the past 20 years, college sports has ballooned into a multibillion dollar industry. While coaches are earning millions, athletes are often penniless, frustrated that they can’t monetize their YouTube channels or make money through endorsements or other ways.

“I’m tired of seeing these college athletes get ripped off,” Draymond Green, forward for the Golden State Warriors, said during a press conference Monday.

The NCAA has threatened to drop colleges from tournaments if they let players make money. Universities have protested the bill too. But so far, it’s been useless. At least a dozen other states are considering similar moves and a congressional bill may also come out of it. The era of free labor from college athletes may soon be over.

Everyone in college sports is making money except the athletes

The controversy over California’s Fair Pay to Play Act is about who controls all the profits from college sports and who truly earns it.

Many people are getting rich from the current setup. In the past decade, coaches’ pay has skyrocketed. The highest-paid head coach in 2018 was Alabama’s Nick Saban, who raked in $8.3 million. Even the lowest-paid coaches in the SEC are making at least $1 million.

The only ones who aren’t making money are the athletes themselves. Under NCAA rules, student athletes can get scholarships and small stipends but no sponsorship or endorsement deals of any kind. California State Sen. Nancy Skinner, who wrote the Fair Pay to Play Act, calls it “exploitation.”

“For decades, college sports has generated billions for all involved except the very people most responsible for creating the wealth. That’s wrong,” she tweeted on Monday.

The new law doesn’t actually require schools to pay athletes directly, as if they were employees. Instead, it makes it illegal for schools to prevent an athlete from earning money by selling the rights to his or her name, image, or likeness to outside bidders.

The law also allows college athletes to hire an agent to represent them. There are a few restrictions, such as one that prevents athletes from signing endorsement deals that conflict with their team’s sponsors. For example, a football player could not wear Under Armour gear during team events if the student’s school is sponsored by Adidas.

This isn’t just about letting star basketball and football players cash in on their fame. It’s also about giving female athletes, who have few opportunities to make money when they go pro, a chance to earns some endorsements. It’s also about all the college athletes who don’t make it to the pros but who could still make some money while they’re in school.

As with most legislation, those who oppose the California law are the ones who stand to lose the most. Emmert, president of the NCAA, sent a letter to California lawmakers earlier this year asking them not to pass the bill. He later called it an “existential threat” to the college sports model in an interview with CBS Sports.

It’s not hard to imagine their concern that companies and brands will spend more money making deals with individual athletes and less money on deals with universities and cable advertising.

After Newsom signed the bill, the PAC-12 Conference decried the move, saying the new law would lead to the “professionalization” of college sports, with “significant negative consequences.”

That statement was likely a warning to other states that are considering similar laws.

Momentum is building to change the business of college sports

There’s actually a lot of public support for the idea of letting college athletes earn money from the games they play.

Lawmakers from more than a dozen states have shown interest in proposing similar laws or have already done so. Some of their bills are slightly different. Some require schools to pay athletes directly or to pay for their health care after they leave college.

A lawmaker in Illinois just introduced a bill Monday that mirrors California’s. Pennsylvania lawmakers are in the process of introducing one, too.

“We will soon introduce legislation that will empower our college athletes and make sure that they are fairly compensated for their work and efforts — especially in a system where so many others profit off their talents while they have to be careful to avoid a work-related injury which could end their athletic career and negatively impact their future,” Pennsylvania state Reps. Dan Miller and Ed Gainey wrote in a recent memo, according to the Patriot News.

Even Congress is toying with the idea.

US House Rep. Anthony Gonzalez, an Ohio Republican and former wide receiver for the Ohio State Buckeyes, said this week that he would consider introducing a bill at the congressional level.

“I actually think that we need to do something quickly, within the next year,” Gonzalez told ESPN. “I don’t think you have three years to figure this out. I think decisions will start happening immediately.”

It’s not that far-fetched. There’s seems to be wide bipartisan support for this. In California, Republicans and Democrats voted unanimously to pass the Fair Pay to Play Act. It could happen in Congress, too.

Gonzalez already has a House colleague on board with his plan.

I fully agree. People should get the benefit of the value they create in America.

The @NCAA has devised a system where predominantly young, black adult student-athletes create value at huge cost to their bodies. Then, predominantly old, white administrators see the benefit. BS! https://t.co/6ZOBSEkbtI

Now the waiting begins to see what the NCAA will do. Will it change the rules or will it sue every state that passes a law like California’s? The group has three years to decide.