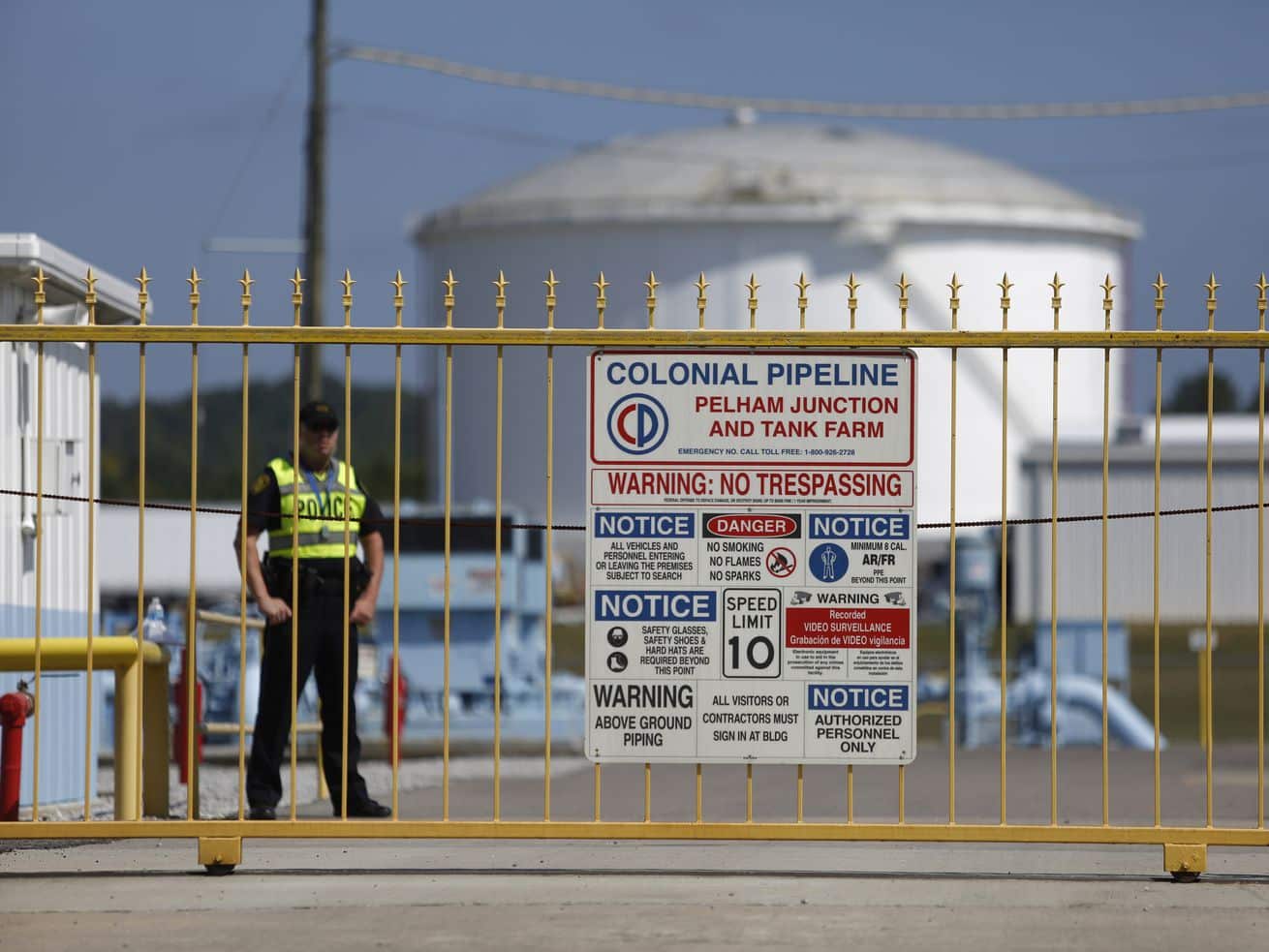 Hackers have used a ransomware attack to shut a major American oil pipeline down for several days, forcing the Biden administration to declare a regional state of emergency to keep some of the oil supply moving until the pipeline can function again. The cyberattack looks to be the largest ever on an American energy system, and yet another example of cybersecurity vulnerabilities that President Joe Biden has promised to address.

The pipeline provides nearly half of the East Coast’s fuel supply, and a prolonged shutdown could cause price increases and shortages to ripple across the industry. Colonial said on Monday that it hoped to “substantially restore” its operations by the end of the week and minimize disruption caused by the shutdown.

Even so, by Tuesday, the national average price for regular gasoline was up 2 cents, with bigger jumps in some states the pipeline serves, including Georgia, the Carolinas, and Virginia. Georgia Gov. Brian Kemp has temporarily suspended the state’s gas tax to compensate for the increased prices. Another issue has been gas stations running out of fuel, though it’s believed those shortages are from panic buying rather than a lack of supply.

It’s not known how much money the hackers are demanding, nor how much, if anything, Colonial has paid — assuming it’s willing to pay anything.

With the pipeline down, the company and its fuel suppliers are hoping that fuel trucks and possibly tankers will make up for some of the shortage. Emergency waivers were given by the Department of Transportation to extend driver hours for trucks and some companies are looking into chartering tankers to deliver the fuel by ship. The latter option would likely mean waiving the Jones Act, a 1920 law that requires domestic shipping to be done on ships that are built, owned, and operated by American citizens or permanent residents. This has been done for other temporary fuel crises; for example, in the wake of Hurricanes Katrina, Rita, and Sandy. But these measures won’t be enough to fully replace the oil that the pipeline delivers.

Concern over the attack underscores two of the Biden administration’s stated priorities: improving American infrastructure and cybersecurity. The large-scale Russian SolarWinds hack, disclosed in December 2020, was shown to have affected several federal government systems. Biden said then that as president, “my administration will make cybersecurity a top priority at every level of government — and we will make dealing with this breach a top priority from the moment we take office. … I will not stand idly by in the face of cyber assaults on our nation.”

Biden has also unveiled a $2 trillion infrastructure plan that includes $100 billion to modernize the electrical grid, which cybersecurity experts hoped would include improved cybersecurity measures. Biden also suspended the Trump bulk power system executive order to roll out his own plan. And he reportedly plans to unveil an executive order soon that will strengthen cybersecurity at federal agencies and for federal contractors.

But these measures are more focused on preventing another SolarWinds-like attack. Federal officials told the New York Times that they don’t think the order does enough to prevent a sophisticated attack, nor would it apply to a privately held company like Colonial. The oil pipeline attack might strengthen demands for cybersecurity standards for companies that play an important role in Americans’ lives. As it stands, it’s often left up to them about the security measures they use to protect critical systems.

Assuming the pipeline is back up by the end of the week, it shouldn’t cause a major or prolonged disruption to the fuel supply chain or hit consumers’ wallets too hard. But the next one — and many cybersecurity experts fear there will be a next one, or several next ones — could be a lot worse if measures aren’t taken at the highest levels to prevent it.

“We cannot think of these attacks as impacting private companies only — this is an attack on our country’s infrastructure,” Shank added.

Once Upon a Time in Hollywood is Tarantino’s fun, haunting homage to the summer of ’69
Electric scooters’ sudden invasion of American cities, explained
The rise of daily fantasy and sports betting has created an economy of its own
What two fictional Gileads can teach us about America in 2018
Money Talks: The college friends launching a company in a pandemic
Trump team makes suspicious effort to swing the election with purported Hunter Biden emails