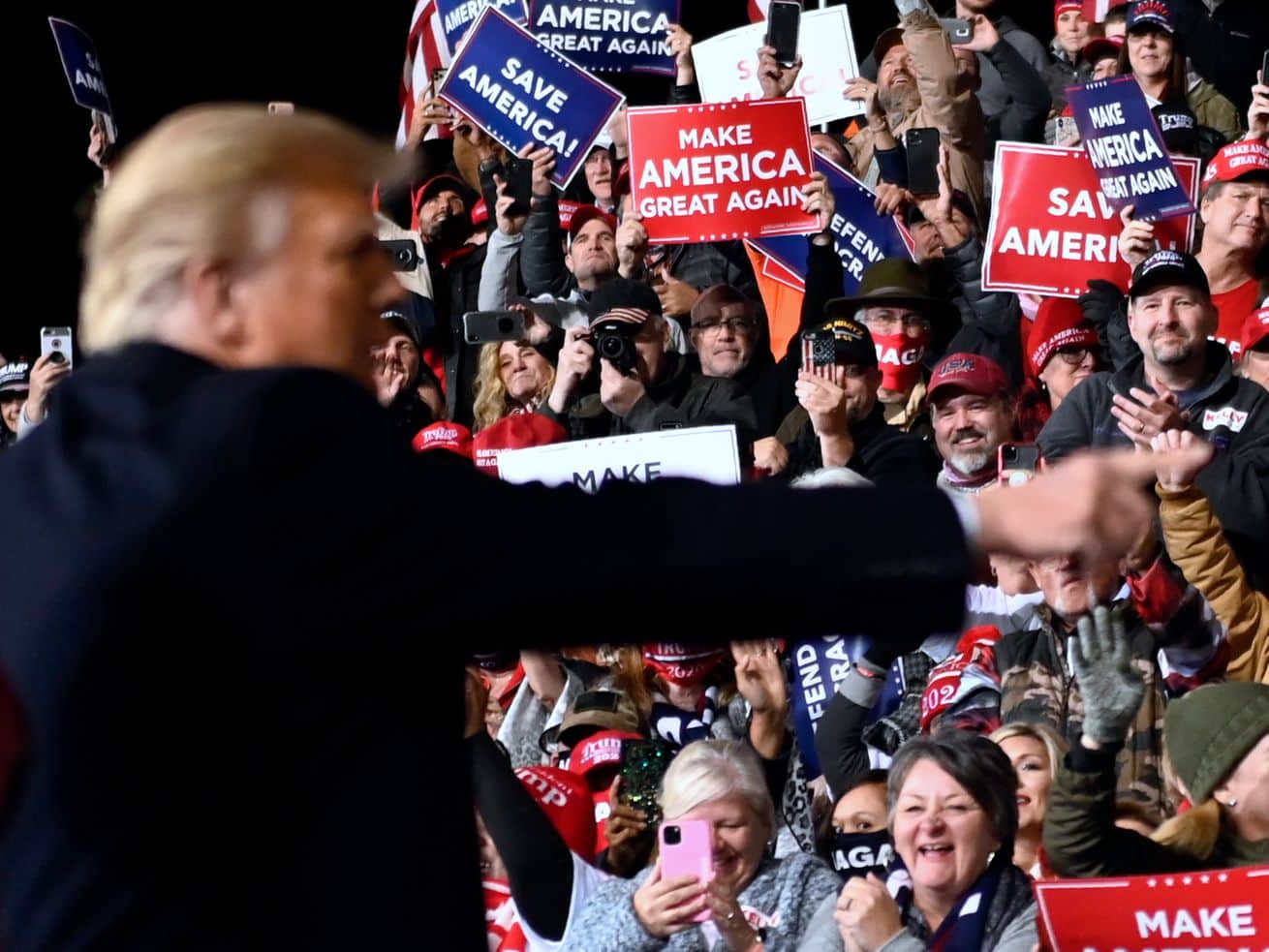 Fulton County, Georgia, District Attorney Fani Willis took office just over a month ago, and she’s already taking aim at someone who, until very recently, was the most powerful man in the country.

On Wednesday, Willis sent letters to four of Georgia’s top officials informing them that her office has “opened an investigation into attempts to influence the administration of the 2020 Georgia General Election.” Though the letters do not mention former President Donald Trump by name, the New York Times reports that they are “related to his intervention in Georgia’s election.”

In an additional sign that Trump is the subject of this probe, the letters note that “at this stage, we have no reason to believe that any Georgia official is a target of this investigation.”

In early January, Trump called Georgia Secretary of State Brad Raffensperger, a Republican, and suggested that Raffensperger should “find 11,780 votes” for Trump in a state that President Joe Biden won by 11,779 votes.

Willis sent similar letters to Raffensperger, along with Gov. Brian Kemp, Lt. Gov. Geoff Duncan, and Attorney General Chris Carr. Willis is a Democrat. All four of the officials who received a letter are Republicans — although it’s worth noting that Trump spent much of the post-election period attacking Kemp and Raffensperger after Georgia certified Biden’s victory in that state.

The letters do not provide much detail on which state laws Trump may have violated, but Georgia law makes it a crime to willfully tamper “with any electors list, voter’s certificate, numbered list of voters, ballot box, voting machine, direct recording electronic (DRE) equipment, or tabulating machine.” It also makes it a crime to solicit another person to commit a felony “with intent that another person engage in conduct constituting a felony.”

So, to the extent that Trump tried to enlist Raffensperger, or anyone else, to tamper with the electoral results, he could face felony charges. Someone convicted of soliciting a felony in Georgia “shall be punished by imprisonment for not less than one nor more than three years” (although the penalty can be higher if they solicit a crime punishable by life in prison or by death).

Additionally, Georgia law makes it a crime to engage in “criminal solicitation to commit election fraud.”

It is common for prosecutors to instruct people who might have evidence of a crime to preserve that evidence once a prosecutor begins a criminal probe. As the letters note, government offices sometimes destroy records after a certain amount of time has passed, and the letters instruct the recipients to “suspend” their ordinary schedule for such destruction of records.

The letters also reveal that Willis views this criminal probe as a “high priority,” and note that “the next Fulton County grand jury is due to convene in March, and this office will begin requesting grand jury subpoenas as necessary at that time.”

Baked Alaska’s clout-chasing spiral into white supremacy is an empty internet morality tale
A third of Americans might refuse a Covid-19 vaccine. How screwed are we?
A senator is demanding to know how Facebook will stop misinformation from spreading online
The 15 most interesting House races of 2018
Amazon will start letting people pay with cash because not everyone has credit cards
Democrats have subpoenaed the White House in the next phase of their impeachment inquiry