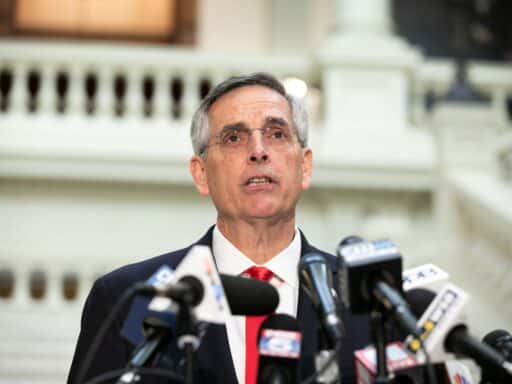 This would be a blow to Trump’s effort to overturn the election results.

The state of Georgia will certify Joe Biden’s victory over Donald Trump Friday, according to a press release from Secretary of State Brad Raffensperger’s office.

Around midday, the secretary of state’s office announced that the results had been certified, in a press release. However, a little over an hour later, the office issued a correction, saying the results had in fact not yet been certified, but would be later Friday. The deadline for certification is 5 pm Eastern. And as journalist Brendan Keefe points out, Georgia’s Republican governor, Brian Kemp, has called a press conference with an “election update” for that hour.

“Working as an engineer throughout my life, I live by the motto that numbers don’t lie,” Raffensperger said at an earlier press conference Friday morning. “The numbers reflect the verdict of the people, not a decision by the secretary of state’s office or of courts or of either campaign.”

If Raffensperger indeed certifies the results Friday, the next step in the process must come from Gov. Brian Kemp (R), who must certify the appointment of Biden’s electors — the actual people who will cast the Electoral College votes for the state in December.

Kemp must certify the electors by 5 pm Eastern on Saturday. He has said little about Trump’s attempt to overturn the election result so far, but a spokesperson told the Associated Press this week that Kemp would “make a determination in his own mind if he’s seen” evidence of widespread fraud. Raffensperger has repeatedly said there is no such evidence.

“Governor Kemp will hopefully see the light before it is too late. Must finally take charge!” Trump tweeted this week.

This piece has been updated with new information from the Georgia Secretary of State’s office. The office originally said the result had been certified, but later said that certification had not yet happened.

Menopause is having a moment
Why willpower is overrated
Congress just got one step closer to blocking Trump’s national emergency
Kansas just reached a deal to expand Medicaid, covering 150,000 people
Poll: 53 percent of lower-income US households won’t be able to pay all of April’s bills
The Senate bloc that could decide Kavanaugh’s Supreme Court confirmation