Hannah Gadsby, of the Netflix sensation Nanette, says she’s not quitting comedy after all 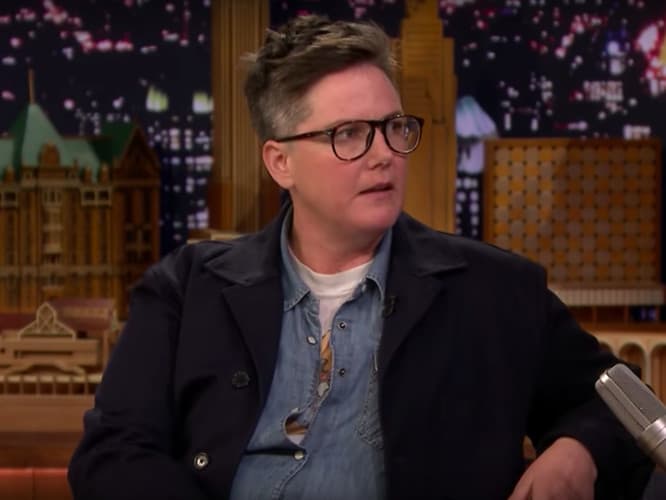 “I’ll either be an idiot or a hypocrite.”

Hannah Gadsby is in the bizarre position of having become a famous comedian for a show she wrote so that she could quit comedy. So, luckily for the rest of us, she told Jimmy Fallon on Wednesday night that she’s decided she won’t be doing so after all.

Gadsby announces early on in her standup special Nanette — now streaming on Netflix — that she’s going to quit comedy. Over the course of the alternately hilarious and sobering hour, she explains exactly why she finds comedy to be morally untenable for her. Comedy, she says, is the business of creating and then puncturing tension, and as such, it is both reductive — a joke ends as soon as the comedian can relieve the tension and get a laugh, not when the actual events described in the joke end — and manipulative.

Moreover, Gadsby adds, she has found that as a lesbian, she constantly makes herself the butt of her own jokes to put the audience on her side. “You do understand what self-deprecation means from somebody who already exists in the margins?” she asks. “It’s not humility. It’s humiliation.”

Nanette is nominally a standup special, but it is so meta and so thoughtful about the issues inherent to standup comedy as a genre that it seems to break through those boundaries: It is funny, and it is uncomfortable, and it is immensely moving. And since its premiere on Netflix in June, it has become wildly critically acclaimed.

That’s not the result Gadsby had in mind when she wrote it. “I thought I’d probably get 12 shows and get asked to leave,” she explained on The Tonight Show Starring Jimmy Fallon on Wednesday night. “The plan’s backfired.”

And with the backfiring of her plan, Gadsby said, she’s decided to change the end goal.

“If I quit, I’m an idiot now,” she said. “If the show had gone as badly as I’d planned, it would have worked, but now I’m left with a choice: I’ll either be an idiot or a hypocrite. I’ll be a hypocrite.”

We’re looking forward to seeing what the Hannah Gadsby take on hypocrisy looks like in her next show.

Trump renews Space Force plan, but Congress lukewarm on plan it must approve
Why does the Pentagon keep getting surprised by Trump?
Trump’s reported Supreme Court finalists: Brett Kavanaugh, Amy Coney Barrett, and Raymond Kethledge
Mollie Tibbetts’ father implores people to stop using her as a “pawn” in immigration debates
The bizarre-even-by-Trump-standards past 72 hours, explained
Joe Biden explains why he’d defy a subpoena to testify in the Senate impeachment trial