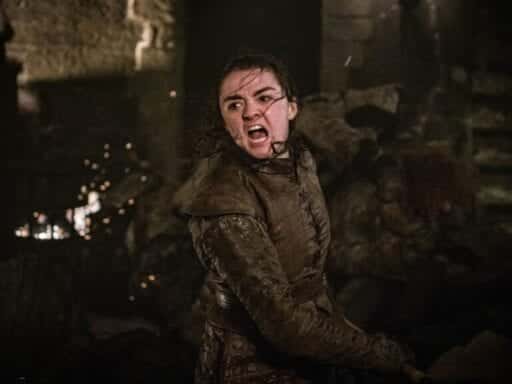 Author James Andrew Miller, who has done warts-and-all books about Saturday Night Live and ESPN, is working on his next project.

HBO is one of the most significant cultural companies of our time. It’s the network that brought you The Sopranos, Sex in the City, and Game of Thrones, and it’s the centerpiece of AT&T’s $85 billion plan to become an entertainment giant.

And now it’s going to be a book.

Journalist James Andrew Miller, who specializes in big, all-encompassing oral histories of giant culture-makers like Saturday Night Live and ESPN, has started working on an oral history of HBO, according to people familiar with his plans. Miller has been telling sources he intends to cover the network from its founding in 1972, up through its current incarnation, as the centerpiece of AT&T’s strategy to take on Apple, Amazon, and Netflix.

Miller’s books are sprawling, comprehensive affairs that give outsiders a rare look at how important companies are founded and managed, in the words of the people who founded and managed them. And, crucially, they are also important to industry insiders, who use the books to do some score-settling and gossiping. The HBO story, which is simultaneously a business story and a cultural story, would be a ripe target in any era, but it’s particularly useful now, as people in and outside of the company worry about its future under AT&T.

Miller typically interviews hundreds of people for these books. A person who has talked to Miller about his new project says the author has already talked to significant players in HBO’s history, including former HBO heads Jeff Bewkes, Chris Albrecht, and Richard Plepler, as well as David Simon, who created HBO’s ground-breaking series The Wire.

It will be interesting to see if AT&T, which has been sensitive about stories detailing the departure of Plepler and other HBO executives following the company’s acquisition of HBO, will let its current employees work with Miller.

Miller’s last book — a history of Hollywood talent agency CAA, published in 2016 — was for HarperCollins. I don’t know who Miller is writing the current one for, or what his projected publishing date is. Miller declined to comment.

This week in TikTok: How a Ratatouille joke led to a Broadway musical
The FDA says buying young people’s blood won’t stop you from aging
Instagram’s co-founders just quit. That could be bad news for Facebook.
Arizona’s new coronavirus spike is worrisome
What we know about a reported hunger strike by fathers in immigration detention
6 reasons smaller companies want to break up Big Tech