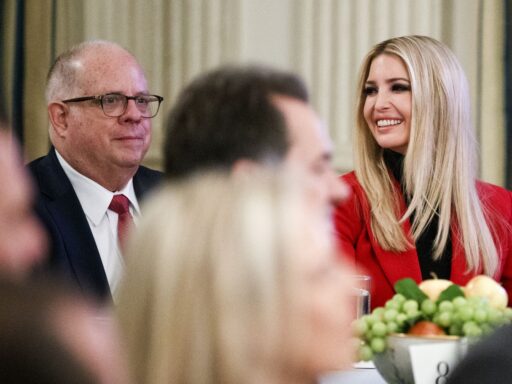 Just a few prominent Republicans have spoken out so far.

The calls for Donald Trump’s removal from office are intensifying, as lawmakers condemn the president for inciting the mob of his supporters who stormed and vandalized the US Capitol.

That includes a small group of mostly moderate Republican leaders who have condemned Trump and demanded Vice President Mike Pence and Trump’s Cabinet invoke the 25th amendment, declaring Trump “unable” to serve and quickly installing Pence for the two weeks remaining in his term, or called for Congress to remove him quickly through impeachment proceedings.

The number of GOP voices remains tiny compared to the growing number of Democrats, led by House Speaker Nancy Pelosi and soon-to-be Majority Leader Chuck Schumer, who are calling for Trump’s ouster.

If Cabinet officials do not act, Democrats say, they will initiate a second round of impeachment proceedings against the president. While dozens of Democrats support this route, and Trump could very well face a second impeachment, two-thirds of the Senate must still convict him before Trump could be kicked out of office.

So far, no senators have backed that route. And large swaths of the House GOP caucus stand resolutely behind Trump. But the forcefulness of some Republican denouncements signal there is at least one wing of the party that wants a future separate from the president — small though it may be.

Below are the few Republicans currently in office who have demanded Trump’s removal so far.

Vermont’s Republican governor, who was just sworn in for his third term, was among the first prominent Republicans to demand Trump resign “or be removed from office by his Cabinet, or by Congress.”

“Make no mistake, the President of the United States is responsible for this event,” Scott wrote in a thread on Twitter Wednesday afternoon. “President Trump has orchestrated a campaign to cause an insurrection that overturns the results of a free, fair and legal election.”

The fabric of our democracy and the principles of our republic are under attack by the President.

President Trump should resign or be removed from office by his Cabinet, or by the Congress. 6/6

Kinzinger also called on the Cabinet to invoke the 25th Amendment, the first Republican member of Congress to do so.

“All indications are that the president has become unmoored not just from his duty or even his oath but from reality itself,” Kinzinger said in a video statement posted on Twitter. “It is for this reason that I call for the Vice President and members of the Cabinet to ensure the next few weeks are safe for the American people and that we have a sane captain of the ship.”

It’s with a heavy heart I am calling for the sake of our Democracy that the 25th Amendment be invoked. My statement: pic.twitter.com/yVyQrYcjuD

Kinzinger was among the first Republicans to recognize Biden as the rightful president-elect, and has tried to debunk election fraud conspiracies. He has criticized his congressional colleagues who had planned to object to the Electoral College results, calling them “not serious people.” Kinzinger did not specifically mention impeachment in his statement, though he told MSNBC he has not ruled out supporting such a move.

Maryland’s governor may be the most prominent GOP figure to demand Trump’s removal. In a press conference Thursday afternoon, Hogan said “there is no question that America could be better off if the president resigned or were removed from office.”

After the press conference, Hogan wrote, “It is clear to me that President Trump has abandoned his sacred oath to support and defend the Constitution of the United States.”

Hogan, though a Republican, is not exactly an infrequent Trump critic, and he’s broken with the president on his handling of the coronavirus and immigration. In 1974, Hogan’s father, a GOP congressman, was the first House Republican to support the impeachment of Richard Nixon.

Massachusetts’s Republican Gov. Charlie Baker — another moderate GOPer who’s clashed with the president — also blamed Trump for the violence in Washington, DC, and for fomenting the chaos with his election fraud conspiracy theories. In a news conference Thursday, he said Pence should lead the transition.

“It’s 14 days, OK?” Baker said, according to the Boston Globe. “I think people should pursue whatever they believe will make it possible, in the most expeditious way possible, for the president to step down and the vice president to assume the powers of the office for the next 14 days so that an orderly transition can take place.”

Most of the Republican resistance stops short of removal

So the list of Republicans who have explicitly said Trump should go is still quite short, and maybe not all that surprising.

Many — though certainly not all — Republican leaders have now called out Trump for feeding these conspiracy theories to his supporters, and for using his platform at the rally Wednesday to radicalize the protesters present. A handful of Cabinet officials have also resigned in protest, most notably Elaine Chao, the transportation secretary, and Mick Mulvaney, special envoy to Northern Ireland and former White House chief of staff. Others considered resigning, including National Security Adviser Robert O’Brien, though he was reportedly persuaded to stay on.

Condemnation came from former officials, including those who served under Trump. Former Attorney General Bill Barr, who resigned last month not long after he denied the president’s allegations of widespread voter fraud, said in a statement that “orchestrating a mob to pressure Congress is inexcusable.” Barr said “the president’s conduct yesterday was a betrayal of his office and supporters.” John Kelly, former White House chief of staff and former homeland security secretary, said on CNN that he would, if still in the Cabinet, vote to remove Trump.

Some of these denouncements come late, as many of Trump’s Republican allies did little to stop or condemn Trump in weeks prior.

And so far, few Republicans with actual power to remove the president from office — i.e., those in Congress or leading a Cabinet agency — have said they would do so.

Sen. Lindsey Graham (R-SC), one of Trump’s biggest defenders in the Senate, said Trump’s legacy was tarnished by the assault on the Capitol — but he was not ready to yet kick Trump out. “I do not believe that’s appropriate at this point. I’m looking for a peaceful transfer of power,” Graham said Thursday.

But, he added: “If something else happens all options would be on the table.”

New food stamp rules won’t just hurt my clients. They’ll hurt struggling social workers like me.
One Good Thing: How indie rock band Fever Dolls won my heart in just 9 songs
The missing piece in the coronavirus stimulus bill: Relief for immigrants
Trump accuses China of 2018 election interference: “They do not want me or us to win”
South London stabbing attack: what we know
The real story behind Rosie the Riveter