Here are the finalists for the 2020 National Book Awards 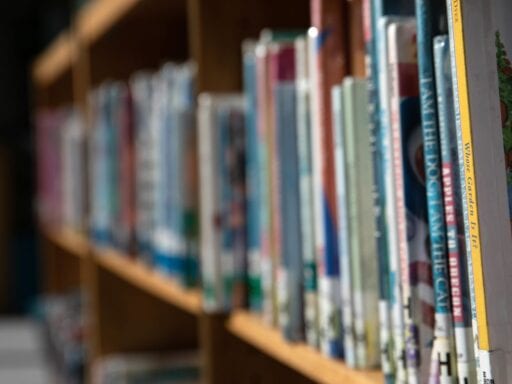 Notably, some of the year’s buzziest literary fiction from the Big Five trade publishing houses — including books like The Vanishing Half and Luster — didn’t make it to the final round. Instead, the list of 25 finalists (which is decided by a rotating panel of 25 judges, this year including Roxane Gay) draws heavily from small press books. And although university presses often show up in the nonfiction category, Deesha Philyaw’s novel The Secret Lives of Church Ladies comes from West Virginia University Press, meaning we get the unusual sight of a small university press book in the fiction finals.

The 2020 NBA finalists will be the last books shepherded through the publishing industry’s awards season by outgoing National Book Foundation executive director Lisa Lucas. Lucas, who joined the National Book Foundation in 2016 as the first person of color at its head, has overseen a massive jump in both the foundation’s national profile and the number of books by authors of color that it honors. In interviews, she’s copped to intentionally working to make the awards a big deal — she’s said that she wants to make them like the Oscars — but she has always denied that she’s actively worked to diversify the awards’ shortlist. “It’s not a concerted effort,” she told Vanity Fair in 2017. “We’re not trying to do that and we’re not trying not to do that either, we’re just picking great judges.”

Lucas is leaving the National Book Foundation to work as senior vice president and publisher of the two literary imprints Pantheon and Schocken Books. “I always joke that I’m like a house renovator,” she told the New York Times after the news of her move broke. “You go into a classic old beautiful house that’s totally fine, and you figure out how to bring it into the future and make sure it’s steady and strong and modern. The idea is loving tradition but also loving the future.”

The winners of this year’s National Book Awards will be announced on Wednesday, November 18, in an online ceremony. Here is the full list of finalists.

Rumaan Alam, Leave the World Behind

Les Payne and Tamara Payne, The Dead Are Arising: The Life of Malcolm X

Claudio Saunt, Unworthy Republic: The Dispossession of Native Americans and the Road to Indian Territory

Jerald Walker, How to Make a Slave and Other Essays

Mei-mei Berssenbrugge, A Treatise on Stars

Tommye Blount, Fantasia for the Man in Blue

Anja Kampmann, High as the Waters Rise. Translated from the German by Anne Posten

Jonas Hassen Khemiri, The Family Clause. Translated from the Swedish by Alice Menzies

Pilar Quintana, The Bitch. Translated from the Spanish by Lisa Dillman

Kacen Callender, King and the Dragonflies

Traci Chee, We Are Not Free

Victoria Jamieson and Omar Mohamed, When Stars Are Scattered

Gavriel Savit, The Way Back

Theresa May says Donald Trump told her to sue the European Union
If God is dead, then ... socialism?
One of Peter Thiel’s closest aides might run for the US Senate
At least 92 million people have already voted
UN: the world has backed itself into a dangerous corner on climate change
Earwig and the Witch is Studio Ghibli’s first 3D animated film. It’s disappointingly subpar.