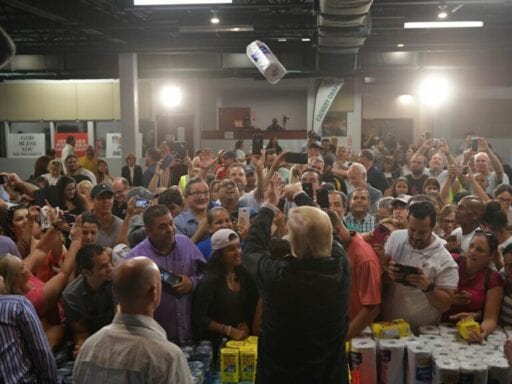 They say the GOP is trying to “insulate Trump” from scrutiny over his response to the deadliest hurricane in modern US history.

House Democrats released a scathing report Thursday accusing Republicans of shutting down efforts to investigate the Trump administration’s response to Hurricane Maria in Puerto Rico and the US Virgin Islands.

House Republicans are trying to “insulate President Trump and his aides from scrutiny,” according to the report prepared by Democrats on the House Committee of Oversight and Government Reform. Committee leaders received some documents they requested from the Department of Homeland Security, but leaders have refused to subpoena requested documents and emails that the Trump administration is still withholding; they’ve refused to ask for a single record from the White House, according to the report. A spokesperson for Committee Chairman Rep. Trey Gowdy (R-SC) did not reply to Vox’s request for a response to these claims.

The committee has scheduled only one full hearing to analyze the Trump administration’s response to the deadliest natural disaster in modern US history, which happened nearly a year ago.

Trump maintains that his team did a “fantastic job” in Puerto Rico, even after the death toll reached 2,965 — eclipsing the 1,100 deaths linked to Hurricane Katrina in 2005.

The response is in stark contrast to Congress’s reaction to the last deadly hurricane. After Katrina hit, Republican leaders on the committee held nine hearings about the federal response and obtained more than 500,000 documents from President George W. Bush’s administration. Within five months, the committee had prepared a 569-page report outlining the government’s failures — and potential improvements — in responding to the disaster.

This time around, Republicans on the committee appear, at best, uninterested in holding the government accountable for its response. The report from Democrats reveals deep frustration with the process.

“Unfortunately, over the past year, Oversight Committee Chairman Trey Gowdy and other House Republicans failed to conduct a credible, fact-based investigation of what went wrong and who was responsible. Instead, the Republican response was to insulate President Trump and his aides from scrutiny, wall off the White House from criticism, shut down key aspects of congressional oversight, and disregard the lessons learned after Hurricane Katrina,” they stated in the report, titled “A Failure of Oversight.”

Democrats have been trying to get emails related to Hurricane Maria from top Trump administration officials, including Secretary of Defense James Mattis, Acting Secretary of Homeland Security Elaine Duke, and FEMA Administrator Brock Long. They also wanted to see emails between the White House and federal agencies.

Gowdy did get about 20,000 documents from FEMA and DHS leadership, but Democrats wanted much more. They wanted Gowdy to use his subpoena powers to force the administration to turn over everything they asked for, just as the committee did after Katrina. Gowdy refused.

The report highlights a few examples:

Republicans were much more responsive after Katrina

In their report, House Democrats made the case that Gowdy’s refusal to investigate the disaster response is unprecedented — even reckless.

When Katrina hit New Orleans in 2005, Republicans controlled the White House and the US House of Representatives. But politics didn’t stop the Republican chairman of the Oversight Committee at the time, Rep. Tom Davis (R-VA), from conducting a thorough investigation of President George W. Bush’s handling of the disaster.

Within five months of the hurricane, Davis held nine committee hearings, conducted multiple interviews, and received dozens of briefings from federal officials. Davis requested documents from the White House, the vice president’s office, and multiple federal agencies. When Bush officials refused to hand over emails, Davis used the committee’s subpoena powers to force them. In the end, the committee received about 500,000 pages of documents, including 22,000 pages from the offices of the president and vice president.

After the five-month investigation, Davis published a 569-page report blasting the Bush administration, state governments, and several contractors for failing to learn from past disasters.

The committee’s aggressive investigation of Katrina is in sharp contrast to the lack of action post-Maria.

Democrats say Gowdy has scheduled only one full committee hearing, which will happen this week. Committee members received only three briefings from federal agencies, and Gowdy refused to request documents from the White House. He then blocked all attempts by Democrats to hold a vote on whether or not to subpoena records that Cummings requested from the White House, according to the report.

“As a result of these decisions, the Committee was unable to adequately investigate key questions about the Trump Administration’s response, such as the delay in appointing a commanding general, the apparent lack of presidential engagement and direction, the failure to lead a coordinated response, and the wavering commitment to recovery and rebuilding,” the report states.

If it’s true that Republicans on the committee were trying to quash the investigation, then they got what they wanted.

What’s going on with hotel booking prices in Texas?
The new UK coronavirus mutations, explained
Democratic candidates want to use trade to make other countries act on climate change
The unmarked federal agents arresting people in Portland, explained
The former ambassador to Ukraine says she was ousted because of her anti-corruption work
Two major Supreme Court immigration cases just went up in smoke