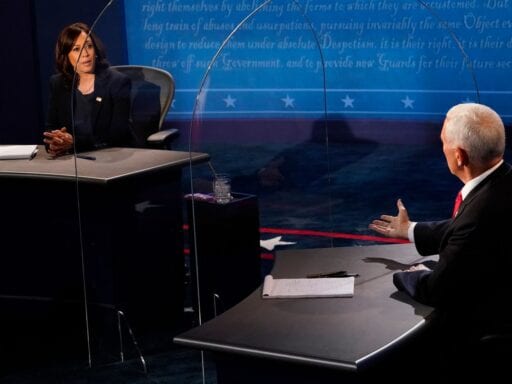 There’s a reason Trump and Pence keep lying about Obamacare, and Biden and Harris keep bringing it up.

Today, Bill Kristol is a prominent Never Trumper who racks up liberal retweets by the thousands of his scorching attacks on President Donald Trump. But in 1993, Kristol, who’d served as Vice President Dan Quayle’s chief of staff, was an influential Republican operative, running the Project for the Republican Future. And he was scared. President Bill Clinton had begun his push for a universal health care system and Kristol worried congressional Republicans didn’t see the danger it posed.

In a famous memo, Kristol warned that “Any Republican urge to negotiate a ‘least bad’ compromise with the Democrats, and thereby gain momentary public credit for helping the president ‘do something’ about health care, should also be resisted. Passage of the Clinton health care plan, in any form, would guarantee and likely make permanent an unprecedented federal intrusion into and disruption of the American economy — and the establishment of the largest federal entitlement program since Social Security.”

Any health care plan, no matter how watered down, would “revive the reputation of the party that spends and regulates, the Democrats, as the generous protector of middle-class interests,” Kristol continued. “And it will at the same time strike a punishing blow against Republican claims to defend the middle class by restraining government.”

In 2010, Republicans tried to stop the Affordable Care Act from passing. In the end, it became law without a single GOP vote. It was unpopular when it passed, and its Medicaid expansion was weakened by the Supreme Court a few years later. Repealing the ACA became the unifying project of the Republican Party. At Wednesday’s debate, Vice President Mike Pence voiced that consensus. “Obamacare was a disaster,” he said. “The American people remember it well.”

I think it’s Pence whose recollection may need some work. Over the past decade, Kristol’s warning came to pass. The Affordable Care Act became popular as it began delivering benefits. A majority of Americans now support it in most polls, and as Republican attacks intensify, so too does public support: A recent Morning Consult poll found 62 percent of Americans support the bill, a 7 percent jump from March. For purposes of comparison, that’s almost 20 points higher than President Trump’s approval rating.

When Republicans took over the government in 2017, their first major initiative was to try to repeal Obamacare. They failed when then-Sen. John McCain (R-AZ) cast the deciding vote against the repeal plan, which would have left millions uninsured. And in the years since, Obamacare has become an issue that unifies Democrats and unnerves Republicans. In 2018, the defense of the ACA drove the Democrats’ midterm messaging and led to Democrats retaking the House. At the first presidential debate, Joe Biden attacked Amy Coney Barrett, Trump’s Supreme Court nominee, on the grounds that she might strike down the law as unconstitutional — a signal that polling is finding that the ACA is Democrats’ strongest argument against a conservative Supreme Court.

In reply to the ACA’s growing popularity, Republicans have been reduced to lying. In 2016, Trump promised that he’d break with conservative orthodoxy and propose a plan even more expansive than Obamacare. “Everybody’s got to be covered,” he said. “This is an un-Republican thing for me to say, because a lot of times they say, ‘No, no, the lower 25 percent that can’t afford private.’ But I am going to take care of everybody.”

Trump never produced that plan and instead has simply kept lying about its existence. At the first debate, he said again that he had a comprehensive replacement, when he has nothing of the sort. Pence echoed him on Wednesday. “President Trump and I have a plan to improve health care and protect preexisting conditions for every American,” Pence said, lying through his teeth.

In this case, prevarication is the tribute Republicans pay to Obamacare: If the law’s aims, inconsistently and insufficiently achieved as they are, weren’t popular, the GOP wouldn’t have to pretend to have a replacement they’ve never had and don’t actually support. As Kristol predicted, Republicans can no longer promise to defend the middle class by restraining government. Instead, they have to pretend to have a bigger, better plan for government-backed health insurance waiting in the wings.

Americans want the government to guarantee affordable, usable health insurance, and while the programs to achieve it are controversial before their passage — Medicare and Medicaid were hard-fought victories, too — they became unassailably popular afterward, reminding Americans of the value of government programs and tilting elections toward Democrats. Obamacare’s weaknesses isn’t that it goes too far, but that it doesn’t go far enough — that premiums are too high, networks too sparse, subsidies too low.

Biden has a plan to dramatically expand Obamacare’s benefits and add a public insurance option to the program. His plan doesn’t go as far as I’d like, but it’s still an improvement on the status quo. And if history is any guide, if Democrats can make it law, it’ll be a political boon to them for decades to come.