How the British royal family makes its money 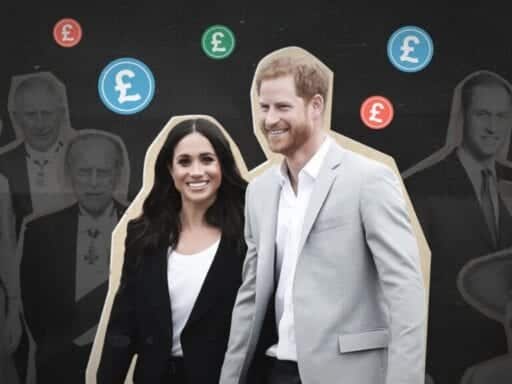 This is what Harry and Meghan are giving up.

The Duke and Duchess of Sussex took the whole world by surprise when they announced that they would seek financial independence from the British monarchy. In their announcement, they clarified that this meant giving up the part of their income that comes from the British taxpayers.

But that’s not the only way the royal family as a whole makes its money. The British royal family is essentially a very wealthy landlord. Its members aren’t allowed to work aside from their official duties, but they can collect rent and profits from the numerous estates that are historically affiliated with them. These inherited estates form part of the Queen’s net worth, which, in 2019, was estimated to be about £370 million.

It also makes an income from two other massive real estate portfolios, called the Duchies of Lancaster and Cornwall. These include castle ruins that are now tourist attractions, but also whole villages, commercial real estate, and a cricket stadium in London. These portfolios made just over £20 million each in 2019; the money from the Duchy of Lancaster goes to Queen Elizabeth, and the Cornwall income goes to Prince Charles.

The income Harry and Meghan receive from British taxpayers is where things get tricky, and it represents a sort of pact between the British public and the monarchy. The British monarchy once owned a lot of the iconic real estate that draws millions of tourists every year — the Tower of London, Windsor Castle, and Buckingham Palace, to name a few.

King George III handed these properties over to the government during his rule, and in exchange, the royal family receive a percentage of the profits from these properties in taxpayer money every year. These properties are known as the Crown Estate, which has grown to be an extremely profitable portfolio that includes commercial real estate in London.

In exchange for that money, the royal family members are beholden to strict rules that dictate how they earn income and how much access they give to an aggressive press corps. They also have to follow standards to maintain the family’s brand and image so they can continue to draw tourists and tourism money to the UK every year.

Because royals aren’t allowed to work outside of their official duties, and because a lot of the real estate the family earns income from doesn’t actually belong to it, the illusion of the royal family’s private wealth is greater than its actual net worth. Queen Elizabeth, the richest royal family member, is the 356th richest person in the UK, for example.

In that regard, the couple’s “Megxit” may have been a financially savvy move. They’re able to hold on to their private inheritance and possibly also the income from the Duchies, while having the freedom to make income outside of this model by breaking free from the rules that come from taxpayer funding.