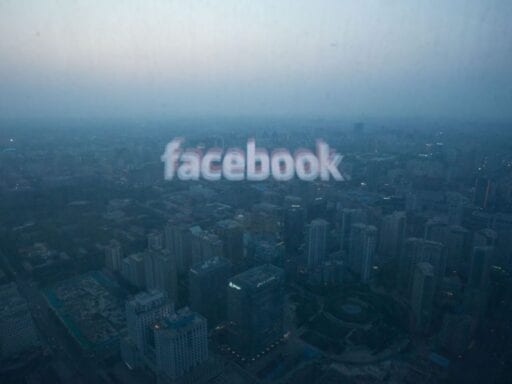 Facebook users just got a new glimpse into — and a little control over — the myriad ways the social network tracks what they do when they’re not using Facebook. If you didn’t already realize it, by the way, Facebook is tracking an astounding amount of what you do when you’re not using the platform, an activity also known as living life in the real world.

The new Off-Facebook Activity tool, which the company announced last August, finally launched on Tuesday. It can tell you which companies are supplying Facebook with information about your real-world activity — for example, that you visited their website or purchased a product from it.

Why does Facebook want this? Because it can then match that information with your Facebook profile and target ads to you (or, in Facebook’s words, “personalize your experience”). A lot of times when you think Facebook is listening to your phone conversations based on how specific its ads are, it’s actually because of how extensive (and hidden) its offsite data collection is.

This in-depth tracking is why you might see, oh, I don’t know, an ad for a play starring the venerable Kate Mulgrew immediately after a Star Trek: Voyager Netflix binge, even if you weren’t on Facebook at the time. This is also what allows many websites, including Facebook, to give you free services. So you are getting something out of this deal — you just might not have realized you were making the deal in the first place, or how much data you were handing over. (The play was great, by the way.)

Accessing the Off-Facebook Activity tool to see how much Facebook knows about your life outside of Facebook is not exactly straightforward. You can go directly to the tool by clicking here. If you’re trying to find it from your News Feed, you’ll need to go to Settings and then click Your Facebook Information. You should see a line for Off-Facebook Activity, and then just go to view. Then prepare to be flabbergasted. One of our reporters, for example, found that 518 apps and websites had shared her data with Facebook in some way:

Many of the sites on her list were ones she had just visited. That’s because a lot of sites use Facebook’s trackers, which automatically collect and send visitor data back to Facebook. Even users with tracker-blocking extensions on their browsers will likely find dozens of instances where companies are sending personal data to Facebook.

The feature also allows you to opt out of some of this collection — to a point. Clicking on a particular company’s listing will bring up a dialogue that will give you a slightly more specific look at what data was collected. There’s also the option to “Turn off future activity” from that company. If you’re looking for a nuclear option, you can click “Manage Future Activity” and then flip the blue switch on the right side of the page.

This seems like it would turn off all real-world data collection, but that’s not exactly true. Right after you flip the switch, you’ll see a dialogue that says, “We’ll still receive activity from the businesses and organizations your visit.” This information just won’t be associated with your account.

As the prompt says, you’ll still see ads — but they won’t be those creepy ads of a product you were just looking at on a different site.

If you don’t like the idea of your Facebook behavior being tracked and used for ads, you might also (if you haven’t already) want to change your ad settings on Facebook (available in the “Ads” section of your Facebook settings). Turn off “Ads based on data from partners,” “Ads based on your activity on Facebook Company Products that you see elsewhere,” and “Ads that include your social actions.” Again, this won’t completely shut off the tracking, but it will minimize it.

If you don’t like the idea of being tracked by Facebook at all, tough luck. Even if you delete all of your accounts for Facebook-owned service, including Instagram and WhatsApp, it feels like there’s nowhere online or on earth that the social network can’t access. At least Facebook is giving you some control over it.

Facebook is testing an Instagram spinoff app for close friends only
Biden plans to continue many of Trump’s foreign policies — at least for now
“Unions for all”: the new plan to save the American labor movement
Why the risk of post-election violence in the US is higher than at any time in recent memory
Think child separations are unprecedented? Here are 3 heartbreaking examples from history
The “pleasant ambiguity” of Medicare-for-all in 2018, explained