Human extinction would be a uniquely awful tragedy. Why don’t we act like it? 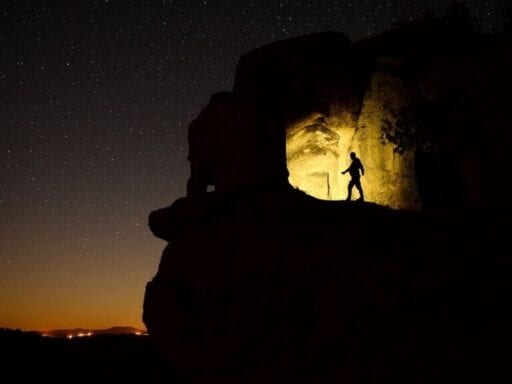 Share
Loading...
In many ways, we’re shockingly blasé about the end of our world. | Soner Kilinc/Anadolu Agency via Getty Images

How pessimism about the future affects how we think about humanity and extinction.

It would be immensely sad if humankind went extinct. But what exactly should we be sad about? Is it just our deaths that would be tragic? Or would the loss of all future human civilization — beyond the immediate loss of life — be what we should mourn?

That’s the question explored in a new paper by Stefan Schubert, Lucius Caviola, and Nadira Faber at the University of Oxford. They surveyed thousands of people about how they think about human extinction.

Here’s one of the questions they asked of thousands of people in the US and UK:

(1) There is no catastrophe.

(3) There is a catastrophe that immediately kills 100% of the world’s population.

Rank them from best to worst.

Almost everyone, unsurprisingly, thinks that 2 is worse than 1, and 3 is worse than 2. (Some people, of course, disagree, perhaps thinking that humanity shouldn’t exist, but they’re in a very small minority.)

But then the researchers asked a trickier followup question: “Which difference is greater: the difference between 1 and 2, or the difference between 2 and 3?” That is, are we mostly bothered by the mass deaths involved in both scenario 2 or 3 — considering 3 worse than 2 only because it involves more people dying — or is there something uniquely and notably terrible about the end of human civilization itself?

According to the survey results, most people think that we lose more between 1 and 2 than between 2 and 3. In other words, they see most of the tragedy as the present-day deaths; they don’t see the end of the human race as a larger additional tragedy.

To many of you, these questions may seem too hopelessly abstract for us to learn anything from them.

But there’s something important here. The fact is, we give the possibility of human extinction very little thought. And when we do, our reasoning about it is often superficial, contradictory, and easy to influence. “People are going to have a lot of influence over what we’re going to do” about the threats of human extinction in our near future, Schubert told me. “So it’s important to find out how people think about them.”

In many ways, we’re shockingly blasé about the end of our world. Despite many people rating extinction “somewhat likely” in the next 15 years, few people rate the causes of extinction as among their top policy priorities for the next president or Congress. People say extinction is kinda bad and under some circumstances they even say it’s likely, but they don’t take it that seriously — and their intuitions about it are often inconsistent.

But one particular result that cuts against this finding stands out in the paper. When asked to imagine a long, peaceful, good human future, most readers suddenly rated extinction as much worse than they previously considered it. That suggests that lots of people don’t care as much as they should about extinction due to a sort of hopelessness — they don’t envision anything much better than the present ahead for humanity, so they don’t care too much about losing it.

The takeaway seems clear: In order to convince people to fight for our species, we might first need to convince them that the fight could be winnable.

What survey questions can tell us about why extinction is bad

Schubert and colleagues’ study involves asking survey recipients one of five different questions. Each question is meant to highlight a particular detail that might be relevant to how we think about extinction. Then, by comparing them, we can see how much each detail influences our answers.

The first question is the one put forward at the start of this article. It comes from a thought experiment by philosopher Derek Parfit. Parfit argued that almost everyone thinks of the difference between the first scenario (no catastrophe) and the second scenario (mass, non-extinction catastrophe) as much bigger than the difference between the second scenario and the third (human extinction).

But, he claimed, this is a consequence of not taking the concept of human extinction seriously enough. When we all go extinct, not only do we die, but all hope of a good human future dies with us; there’ll be no further human art or music or stories or new generations or new cultures and societies.

In the second survey question, they asked instead about animals. Here, they got mixed answers. Many people believed that the death of all zebras was a much bigger loss than the death of 80 percent of zebras.

So what if you tried to get survey respondents to think more about the consequences of humans going extinct forever instead of about the tragedy of the deaths of the existing humans? In the third question, they tried to do this by asking about a catastrophe that renders most humans sterile compared to a catastrophe that rendered all humans sterile.

Now, no one dies — so the implications for the future of humanity should loom larger in the minds of survey respondents. And indeed, respondents answered this question very similarly to the way they answered the question about the zebras.

After that, the researchers decided to get to the point and outright tell respondents to consider the fact that we’d be forfeiting the possibility of a good long-term future. This got more respondents to rate the extinction scenario as uniquely bad — but it was only about as effective as telling them to imagine zebras.

Finally, to get the overwhelming majority of respondents to agree that extinction was uniquely bad, you had to be even more direct and tell them to imagine that human civilization will go on to a long, happy, prosperous future — unless a catastrophe wipes us out.

Suddenly, almost everyone agreed that human extinction was uniquely bad.

The case against pessimism

There’s one interpretation that makes a lot of sense of these varied responses: that most people don’t expect a good future, and that for that reason the future doesn’t weigh heavily in their minds as they think about human extinction. It’s not that survey respondents are unreasonably ignoring the possibility of a good long-term future for humanity — they just consider it unlikely, so it’s not much of a consideration.

Collectively, the results suggest that people care lots more about extinction when they concretely envision a good human future.

But how many visions of that does our society lay out? There’s not a lot of discussion of what a wonderful 2100 looks like. In fact, the many threats we face make lots of people unwilling to imagine 2100 at all.

And these results suggest to me that that inability to imagine the future might interfere with ensuring that we make it that far.

Climate change activists, in particular, spend a lot of time discussing the advantages and disadvantages of negative — even apocalyptic — rhetoric and the advantages and disadvantages of taking a more optimistic tone. Research like this inclines me to believe that the optimists have a good point. It’s not that we should exaggerate the odds of solving our problems or pretend they aren’t there. But any discussion of our problems needs to be accompanied by a positive vision for what the world can look like if we solve them.

If people don’t believe there’s a meaningful and good future on the other side of the challenges ahead of us, then it looks like they have a hard time rating our extinction as a uniquely bad thing. And that means pessimism can be a self-fulfilling prophecy as we let our fears interfere with our motivation to prove them false.

Why the new Covid-19 variants could kill more people, in 2 charts
What to expect from Marie Yovanovitch’s impeachment testimony
Ask a book critic: I want a captivating novel that won’t make me think too much
The Goldfinch shows the perils of being too faithful to the book
Congress is on track to avoid a government shutdown — as long as Trump doesn’t get involved
Clint Eastwood’s new movie Richard Jewell thwarts its truth-telling by smearing its female journalis...