I met Robert Mugabe in the late 1970s. What he told me still haunts me. 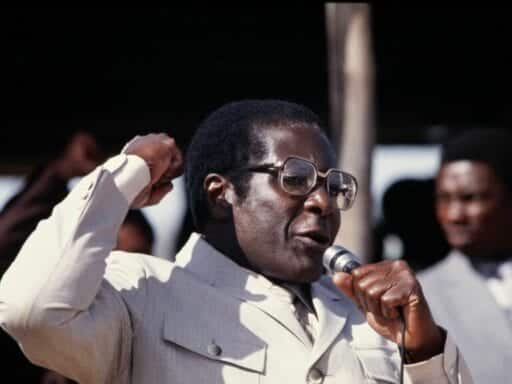 The Zimbabwean rebel leader wanted to be a different kind of African president. He was — just not the way I thought he meant.

“We are not going to make the same mistake the rest of Black Africa has made,” Robert Mugabe told me in the late 1970s in an interview for Newsweek. “We are going to learn from their mistakes.”

We met in Mozambique, the headquarters for his guerrilla army, which was then locked in a seemingly interminable war against the white minority regime in Rhodesia. The conflict would claim an estimated 20,000 lives, most of them black nationalist guerrillas and African civilians, and was marked by terrible atrocities on both sides.

Tragically, Mugabe, who died Thursday at age 95, would make good on his promise to learn from the mistakes of fellow African leaders, turning into an art form the corruption and brutality that had plagued African nations since the first country in Sub-Saharan Africa won its independence in 1957.

One statistic sums up what Robert Mugabe did for his people: At independence in 1980, the average life expectancy for a Zimbabwean was about 60 years old; by 2006, that had dropped to 37 for men and 34 for women, the shortest in the world.

Here’s what else you need to know about Robert Mugabe and the complicated legacy he leaves behind.

“Vote for the cock”

From the 1880s, when the British first arrived, until the rebellious British colony of Rhodesia transitioned to majority rule and Mugabe took power in 1980, the country was ruled by whites for whites. The majority black African population was nothing more than the hired help.

Mugabe began his struggle against Rhodesia’s white colonial government in the late 1950s, establishing an opposition party with other black leaders in 1960. He and several colleagues were jailed a few years later when Chinese-trained militants loyal to them began to launch attacks against government forces.

Mugabe eventually went into exile in neighboring Mozambique, from where his ZANU militants launched a full-scale war against the white regime while an allied guerrilla army, led by Joshua Nkomo, carried out attacks from their base in Zambia, on Rhodesia’s western border.

The war would eventually force the white government to accede to a British-negotiated settlement, bringing about independence in April 1980. Mugabe and his guerrilla rival, Joshua Nkomo, ran for office and eventually formed a coalition government.

“Vote for the cock”: That was the slogan of Mugabe’s Zimbabwe African National Union (ZANU) party in the campaign that brought him to power. It was a reference to his party’s logo, the rooster, a symbol of strength to the poorly educated African populace.

But it was tribalism, not clever campaign tricks, that brought Mugabe to power and through which he ruled.

Within two years of taking office, Mugabe, a member of the majority Shona tribe, would turn on his ally during the war, Nkomo, whose guerrilla army was largely made up of members of the Ndebele tribe. Nkomo was purged from the cabinet and Mugabe unleashed his forces in a pogrom that effectively wiped out Nkomo’s armed followers, left as many as 20,000 of Nkomo’s fellow tribesmen dead, and consolidated Mugabe’s grip on power.

For Zimbabweans who were not part of the ruling elite, the long national nightmare was just beginning. As white farmers were driven from their lands, political opponents were jailed or murdered and the media was cowed.

Mugabe presided over the complete and total collapse of a nation. Starvation, disease, and brutality were the legacies of Mugabe’s one-man rule. The country’s currency collapsed and was jettisoned. Hospitals ran out of medicine.

Tuberculosis, HIV, malaria, and other diseases spread like wildfire. Cholera fatality rates were 10 times the global norm. International donors were driven away by rampant corruption and inefficiency. A quarter of the population fled the country.

And despite it all, Mugabe was feted in Africa’s halls of power. He was elected president of the Southern Africa Development Community, chairman of the African Union, and, in the ultimate hypocrisy, named as a World Health Organization “goodwill ambassador.”

To most fellow African heads of state, he was a revolutionary who drove the last vestiges of colonialism from the continent. Nothing else, it seemed, mattered.

Ultimately, the man who said, “Only God, who appointed me, will remove me,” was forced out by the military in 2017 — not because he was a vicious dictator, but because, as the ailing and infirm leader ceded day-to-day power to his ambitious young wife, she had alienated his cronies.

As one of the generals who fought under him in the liberation war put it, “as he became old, [he] surrendered his court to a gang of thieves around his wife.”

Unlike most ousted dictators, though, who tend to live out their lives in exile (if they’re lucky enough to survive the ousting), Mugabe lived out the remainder of his life in the gilded luxury of his mansion in the Zimbabwean capital Harare.

But for ordinary Zimbabweans, little changed. Mugabe was replaced by Emmerson Mnangagwa, a fellow revolutionary forged in Mugabe’s image.

Today, millions are again on the brink of starvation. The economy is once again in free fall: Inflation is running at 175 percent; fuel prices have increased almost 500 percent since the beginning of the year; there are widespread shortages of electricity and water; and the national cell hone company is about to collapse. The army has been sent in to deal with those who protest, leaving more than a dozen dead.

As Britain’s Daily Telegraph recently reported, “A perfect economic storm of inflation, food shortages, and water and energy blackouts has left the country on the brink of a disaster comparable to post-World War One Germany or Russia following the Soviet collapse.”

Mugabe told me back in 1978 that he wasn’t “going to make the same mistake the rest of Black Africa has made.” At the time, I thought he meant he wanted to do better by his people. But I was young then. Perhaps I was just naive.

Lawrence Pintak is a journalism professor at Washington State University and nonresident fellow at the Middle East Institute. His latest book is America & Islam: Soundbites, Suicide Bombs and the Road to Donald Trump.

Michael Bloomberg says he’s not running for president
White House counsel Don McGahn is worried Trump’s setting him up on obstruction — so he’s talking a ...
Brexiteer to second referendum: a handy Brexit glossary
The racism in Trump’s attacks should be impossible to deny
Here’s the full list of 2020 Emmy nominees
How America can leave fossil fuels behind