I’m a Latina who went to an elite institution. Kavanaugh culture dominates. 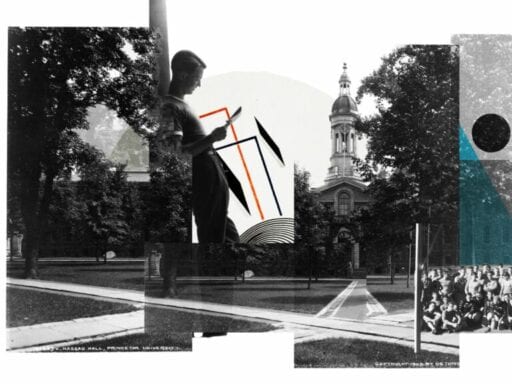 Deborah Ramirez’s outsider experience at Yale is not an anomaly.

For many first-generation and working-class students — strivers, as I call them — admission to an elite college is the first step into a world very different from that in which they grew up. In the world they know, people work hard to make ends meet, aspiring to send their children to college; the few that do make it are at risk of dropping out before receiving a degree. In the world strivers seek to enter, college attendance is assumed and graduates go on to become corporate lawyers with million dollar homes, journalists at the New York Times, and a few even end up with a seat on the Supreme Court.

For the students who grew up expecting to attend Yale or Harvard — the privileged elite — the transition from high school to college is often seamless. Students who attend elite private high schools often already have many friends on campus; they might even know a professor or two. These students feel at ease attending office hours, speaking up in class, and navigating the complex hierarchy of arcane social clubs that are endemic to the Ivies.

But for strivers, none of this has been practiced. Much of it is foreign and incredibly intimidating.

A recent article in the New York Times illustrates how divergent the experiences of these two types of students can be — with devastating consequences. Excerpted from their forthcoming book, Robin Pogrebin and Kate Kelly describe how Deborah Ramirez, who grew up in a working-class Latino family, “often felt insufficiently rich, experienced, or savvy to mingle with her more privileged classmates” at Yale. Ramirez also recalled being at a party where Brett Kavanaugh, who grew up in a tony DC suburb in Maryland and now sits on the Supreme Court, thrust his penis at her while they were both first-year students. (Kavanaugh has denied the allegation.) For Kavanaugh and party onlookers, Ramirez said, the incident seemed to be a joke. But for her, it was not. She felt preyed upon, another indignity among many in navigating the culture of Yale.

“I had gone through high school, I’m the good girl, and now, in one evening, it was all ripped away,” Ramirez told Pogrebin and Kelly.

The alleged Kavanaugh incident was part of a larger exclusionary experience that Ramirez said she had spent many years since distancing herself from. She said people made fun of the way she talked, mocked her shoes, questioned whether she deserved to be there at all. Meanwhile, she worked in Yale’s dining halls and cleaned dorm rooms as part of its work-study program.

Ramirez’s outsider status is typical for working-class and minority students in elite colleges. There is surviving the ridicule — or in Ramirez’s case, worse — and then there is contending with the idea that who you are is something to be overcome. As I argue in my book Moving Up Without Losing Your Way: The Ethical Costs of Upward Mobility, the power dynamics in place on these campuses result in painful ethical dilemmas for strivers who are caught between the world they are seeking to fit into and the one where their sense of identity has been shaped.

To better understand this, psychologist Nicole Stephens and her collaborators describe college campuses as being dominated by an independent cultural model focused on individual achievement — while working-class students often grow up with an interdependent cultural model that centers around one’s relationships to others. This mismatch can leave working-class students feeling unmoored when they arrive on campus, worried about asking for help and thus revealing themselves to be outsiders. For strivers who are afraid to jeopardize their one shot at upward mobility, the result is a dangerous vulnerability.

As a first-generation Latina college student at Princeton from 1998 to 2002, I too had some textbook experiences of cultural mismatch. Two weeks into the semester, I dropped the first and only math class I ever took, terrified because I didn’t understand the lecture and couldn’t figure out how to talk to the very famous professor teaching it (and who refused to make eye contact with any of us). I had plenty of evidence that I was pretty good at math — I had received a high score on the International Baccalaureate mathematics exam and won a math award. But instead of seeking help from an adviser or a teaching assistant, I quit.

Mismatch doesn’t only affect how students cope with academic challenges; it plays a critical role in how students fare socially. Like Ramirez, I also had social interactions that left me feeling uncomfortable or confused. But in the interest of not jeopardizing what I had worked so hard to achieve, I smiled agreeably in the face of culturally insensitive comments from other students, a belligerent professor, and, yes, a drunken frat boy flashing his penis at me, an experience far more common than some would care to admit.

Culture shock is only the first hurdle in the complicated and confusing process of coming to terms with being a striver in an elite college. The deeper challenge arises as the pressure to fit in with one’s privileged peers starts to work. Sociologist Anthony Jack has studied the important role culture plays in the experiences of low-income students in elite educational institutions. He found that low-income students who attended private high schools on scholarship learn to navigate the culture of privilege that pervades elite colleges. This makes their transition into college more effortless than it is for those low-income students who hadn’t been exposed to that culture until they arrive on campus. Given how much is on the line for such students to succeed in college, the pressure to conform is powerful.

Some might think of this process simply as assimilation into a different culture, but it is far more ethically complicated than that. The culture that dominates college campuses is not only different from what strivers are used to; it also works to exclude the marginalized at the expense of those who are in the know. Consequently, when one starts unreflectively internalizing and accepting the norms that dominate elite college campuses and upper-middle-class workplaces, one runs the risk of reinforcing a culture that excludes people like oneself.

After four years at Princeton, I arrived at graduate school at Stanford emboldened with hard-earned confidence and ease. To my Stanford professors, I was a known quantity, having attended an institution familiar to them where I had been endorsed by people they knew well — but I was also a woman and a person of color in a discipline dominated by white men. Some of the other women in the department were not as clueless as I was to the significance of this fact. They started a women-only support group. I, freshly acculturated, scoffed at the idea that I would need such a thing; my identity as a woman and a person of color was incidental to my development as an academic, or so I thought.

Only later would I realize that I felt deeply threatened to be seen as someone who needed extra support. To my embarrassment now, I didn’t just opt out of this group; I loudly proclaimed how silly I found the whole idea to other graduate students at the lounge and made snide remarks about the event whenever it came up. I gave little thought to how this might be heard by other women who wanted that kind of support and thus played a role in contributing to the culture that makes it hard for students like me to feel at home.

If we are going to make elite educational institutions truly more diverse, we need to erode the entrenched dynamic in which the price of success for working-class, first-generation, and minority students is assimilating into a culture that privileges those who grow up expecting college to operate on their terms. Succeeding in such an environment too often requires that we remain silent in the face of abhorrent and insensitive behavior or, in the worst cases, become instruments in the exclusion of others ourselves. But resisting those powerful forces is hard work; it requires that we understand our cultural context and recognize its role in what might seem initially like individual decisions.

Even though I went to college 19 years after Ramirez did, my recognition that being a first-generation minority student played a role in my experience among the elite also came much later. It wasn’t until I arrived at the City College of New York, where I am now a professor, and was no longer surrounded by extreme privilege that I was able to gain the necessary distance. The truth is that having attended elite educational institutions my whole life, I had become more and more sheltered from seeing the ways in which I participated in a culture that had initially seemed foreign to me. My students do not have the ease and polish that I had become used to, but they are fantastically smart and interesting and pushed me to see my own educational trajectory anew.

Those who grow up steeped in privilege and go on to elite positions in our society are rarely afforded this distance. The culture in which they grew up is the one they find rewarded in college and in their future workplaces. Kavanaugh followed a well-trodden path from Yale to the Supreme Court in which he was and continues to be surrounded by other people like him, many of whom vouched for his character. For them, the culture at elite colleges and universities is like the water to the fish swimming in it. They can’t see it, but with some time to reflect and some distance, those of us who had to learn it still can.

Only by understanding the unique perspective of strivers like Ramirez can we begin to recognize how our culture entrenches the status quo, grooming those born into privilege to preserve a firm grip on social power.

Jennifer M. Morton is associate professor of philosophy at the City College of New York and the Graduate Center-CUNY, and a senior fellow at the Center for Ethics and Education at the University of Wisconsin-Madison. She is the author of Moving Up Without Losing Your Way: The Ethical Costs of Upward Mobility (Princeton University Press, 2019).

Why so few Republican senators in competitive races spoke at the RNC
The president is a danger to the US military
Talking about the Warren and Sanders handshake keeps us from having to talk about sexism
New Hampshire Democratic debate: February 7, 2020
9 wild cult stories for you to get lost in
Trump’s Covid-19 disaster will likely get worse before Biden takes office