“I’m being forced to choose between my health and my job”: Georgia’s controversial reopening plan, explained 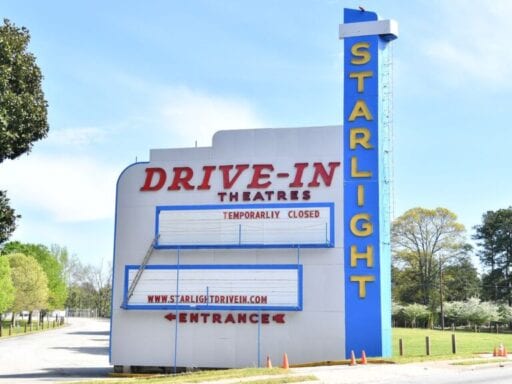 Georgia’s governor is determined to reopen the state’s economy, ready or not.

Kristen Courville, a self-employed hairstylist in Alpharetta, Georgia, is in a terrifying conundrum: Her governor, Brian Kemp, says she can go back to work on Friday. On the one hand, her bills are racking up, and she needs to pay her rent. On the other hand, she’s scared of getting sick, and whenever she does open up, she’s worried clients won’t want to come in anyway. She’s laid out a plan to reopen, but it’s not been an easy decision.

“I’m being forced to choose between my health and my job,” Courville, 32, said.

The coronavirus crisis is hardly over in Georgia, but the state’s leadership has decided it’s time to start reopening parts of the economy there anyway. Republican Gov. Kemp announced in a tweet on Monday that businesses such as gyms, hair salons, barbershops, tattoo parlors, bowling alleys, and nail salons will be allowed to resume some operations on Friday, April 24. And on Monday, April 27, theaters, social clubs, and restaurant dine-in services will be able to start back up as well.

It won’t be back to business as usual entirely — bars, nightclubs, amusement parks, and live performance venues will stay shuttered. And businesses that are open have to comply with what the state is calling “minimum basic operations” standards, including screening workers for a fever, enhanced workplace sanitation, and staggering shifts. Businesses are also supposed to separate workspaces by 6 feet.

Many businesses, lawmakers, and consumers across the state were caught by surprise. To many, the maneuver seems preemptive and not all that well thought out. How do you cut someone’s hair from 6 feet away? How do you keep people at bowling alleys from touching, you know, the ball? And what even makes the bowling alley a priority in the first place?

Nobody has all of the answers on next steps when it comes to relaxing social distancing and letting economic activities start back up, including the federal government. Georgia, like most of the country and the world, is still struggling to wrap its arms around the health crisis brought on by the coronavirus pandemic. But it appears to be determined to forge ahead on reopening the economy, and it’s going to be a case study in what that looks like — one conducted before health concerns are figured out.

Georgia’s governor seems determined to reopen the state’s economy, ready or not

Kemp, Georgia’s Republican governor who was elected in 2018 and its previous former secretary of state, made the announcement on Monday about his state starting to reopen some business operations. Its shelter-in-place directive remains in place until April 30, but as mentioned, some smaller establishments will be able to get up and running before then.

“In the same way that we carefully closed businesses and urged operations to end to mitigate the virus’s spread, today, we are announcing plans to incrementally — and safely — reopen sectors of our economy,” Kemp said on Monday.

Many people in the state reacted with disbelief.

Atlanta Mayor Keisha Lance said she was surprised by Kemp’s announcement. “I have a great working relationship with our governor, but I did not speak with him before he made this announcement,” she said on Monday. She said she’d spoken to other mayors who were equally “perplexed” by the situation. “As I look at the data and as I talk with our local public health officials, I don’t see that it’s based on anything that’s logical.”

Kelly Girtz, the mayor of Athens-Clarke County, Georgia, warned that some of the high-contact environments Kemp was allowing to open “are exactly the kind of places that we need to have maintain closure for the moment.” Girtz is encouraging constituents to continue to stay home and not reopen.

Despite criticism, Kemp appears determined to move forward. “We took measured steps to get the shelter in place, and now we’re taking measured steps to come out of that,” he said on Tuesday. “This is not a giant leap forward.”

At a press conference on Tuesday, President Donald Trump offered his support to Kemp. “He’s a very capable man. He knows what he’s doing,” he said, adding he’d be speaking to the governor “in a little while.” Then on Wednesday, the president said he “strongly” disagrees with Kemp’s decision.

Kemp’s coronavirus response hasn’t exactly been exemplary. He was slow to issue a stay-at-home order in the first place, and he only did so after claiming to have just learned asymptomatic transmission of Covid-19 was possible, even though it’s a possibility scientists flagged months before.

It is also unclear what data and expertise is behind Kemp’s decision-making. Georgia has had more than 20,000 reported cases of the coronavirus, and more than 800 people have died of the disease there.

Dennis Miller, a hairdresser at Hello Gorgeous in Savannah, says he’s listening to his mayor over the governor on when to go back, and his friends are doing the same. “Kemp just figured things out when everybody else in the general public knew it for two-and-a-half weeks, so his lightbulb isn’t too bright, if there is a lightbulb,” he told me.

Miller, 60, has been licensed in cosmetology since 1978 and also dealt with Kemp when he was secretary of state overseeing the state board of cosmetology and barbers. “He did some real stupid things there, too.”

Kemp allowing businesses to reopen does not mean all of them will, nor does it mean people will go out to frequent them.

Jennifer Franco, a massage therapist in Woodstock, Atlanta, told me she won’t be going back to work this month, adding that the minimum basic operations guidelines are laughable. “The basic requirement of our job is to touch people,” she said. The shop where she practices isn’t planning to open until mid-May, but even if the timeline speeds up, she won’t take clients, many of whom are over the age of 50. “I know them well and I wouldn’t want to risk infecting any of them,” she said.

Franco, 39, told me that it appeared many businesses in her area were going to remain closed until at least May. Even her local Planet Fitness told her they didn’t have an opening date.

Kenya Nelson, a personal trainer in Atlanta, told me she plans to continue to shelter in place until June or July and won’t be returning to the space she rents at a local gym in her area. One fitness coach in a more rural, conservative part of Georgia said his gym took a poll and decided not to open up, though most other gyms in the area are. “We’re taking a LOT of heat for the decision in our community,” he said in an email.

Businesses deciding not to open back up, workers deciding not to go back to work, and people deciding to stay home anyway expose a wrinkle in Kemp’s reopening plan: It’s tough to get back to business as usual when people are terrified of getting sick and dying in a global pandemic. Of course, plenty of people will venture out, but a lot of people will, at the very least, think twice about it.

As Vox’s Matt Yglesias recently explained, Trump, Republican governors, and whoever else declaring the economy open can’t force people back into restaurants:

The problem is a question of fear. Americans fear spreading or contracting infection, so much so that they’ve overwhelmingly participated in social distancing measures. They tell pollsters by wide margins that they fear lifting those restrictions too soon much more so than too late. They’re willing to stay put even if it harms the economy.

They also fear economic hardship. That’s led prudent people, even those left relatively unharmed by the downturn so far, to delay nonessential purchases, like new cars, appliances, clothes, and other goods.

In the meantime, Kemp has imposed extra stress on people by forcing this decision on them. Imagine you’re a Georgia worker now expected to go back on the job. Do you stay home, forgo your livelihood, and hope an unemployment check comes in? Or do you go in and hope not to get sick?

To be sure, Gov. Kemp and Georgia are hardly alone in nudging toward reopening the economy, even though the coronavirus crisis is hardly settled. Multiple states are beginning to move in that direction, and people are getting antsy.

States such as Georgia, Tennessee, South Carolina, and others testing the waters may start to show what the path ahead looks like. But they may also reveal that the country really is a long way away from having this figured out.

The country is still a long way away from the levels of mass testing experts believe are needed to start to move forward — they believe at least 500,000 tests a day are needed, and less than a third of that, tops, is being done. And even then, there’s contact tracing, enforcing quarantines, and multiple other questions that may not have even been thought of yet. As Vox’s Ezra Klein recently wrote, there is no plan to return to normal, at least not yet. And a vaccine is probably a long way away.

It’s more than understandable to want to get the economy reopened and get back to life as it used to be. And with at least 22 million Americans filing new jobless claims over the past month and the economy headed into a deep recession, the situation can feel especially urgent. Folks need to get back to work to survive. The problem is, if states don’t get this right, people seem destined for waves of lockdowns and reopenings for many months, if not years.

Is Georgia getting this right? No one knows. But we’re about to find out.

The scariest thing about global warming (and Covid-19)
Trump is freezing Obama’s fuel economy standards. Here’s what that could do.
Facebook is banning deepfake videos
America needs a democratic revolution
Would Wonder Woman 1984 work better as a season of TV?
Two experts explain why solving the housing crisis helps the climate