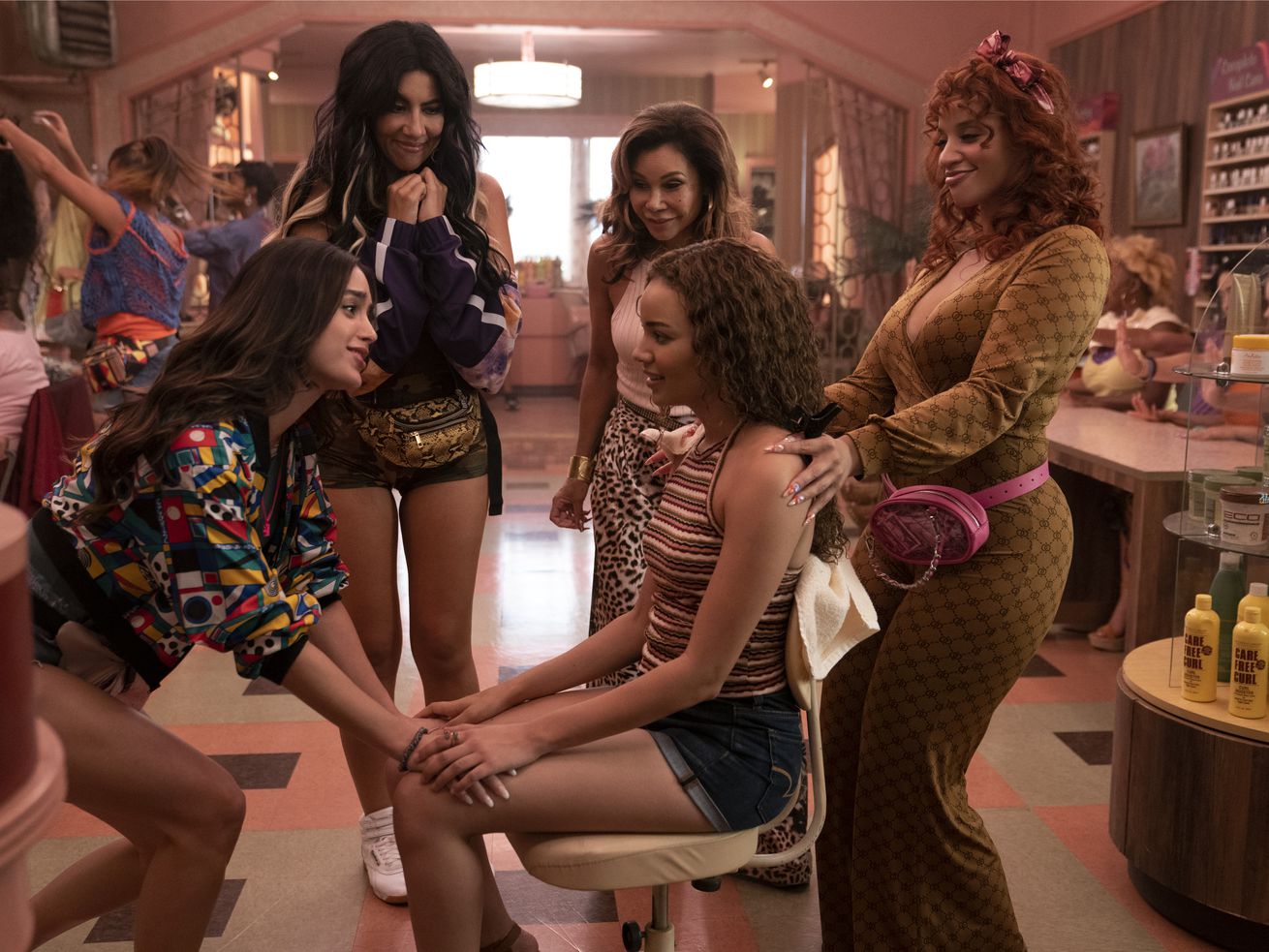 The film adaptation of the musical revealed the pain of experiencing racism within one’s own ethnic communities.

The film adaptation of In the Heights, based on the popular stage musical by Hamilton creator Lin-Manuel Miranda, was billed as a much-needed celebration of the diverse Latinx neighborhood of Washington Heights in New York City. Yet when the movie opened, criticism immediately ensued on social media. For a film set in a heavily Afro-Latinx neighborhood, darker-skinned people were relegated to dancers, hair salon workers, and other background roles. And among the leading roles, there was a glaring lack of Afro-Latinx representation.

In an interview for the Root with some cast members and the director, Jon Chu, journalist Felice León asked about the absence of dark-skinned Afro-Latinx representation in the film. Chu responded, “In the end, when we were looking at the cast, we tried to get the people who were best for those roles.” A few days later, Miranda shared an apology via Twitter, saying, “I’m truly sorry. I’m learning from the feedback. I thank you for raising it and I’m listening.” The following night, the legendary Puerto Rican musical actress Rita Moreno appeared on The Late Show with Stephen Colbert defending Miranda, saying, “Can’t you just wait a while and leave it alone?” which also drew backlash, for which she eventually apologized. This controversy, and the reaction to it among these Hollywood creators, exposes ugly realities lurking within the Latinx community.

I was only about 10 minutes into watching the film when I, an Afro-Puerto Rican from New York state who has spent time in Washington Heights, immediately realized the racial composition of the light-skinned and white-passing Latinx cast was not reflective of what you see walking through that neighborhood. Washington Heights is historically a Dominican neighborhood and arguably the most prominent Dominican community in the US; nearly half of the residents in Washington Heights identify as Dominican. That coupled with the fact that Black Latinx identification is most prevalent among Dominicans in comparison to other Latinx subgroups makes this fallacy of Latinx representation even more baffling. Afro-Latinos are central to all that is vibrant in Washington Heights; the most cherished aspects of Dominican food and music are a product of the African diaspora.

The erasure of Afro-Latinx people, and especially of those who are darker-skinned, has long been an issue within the Latinx community. I know this, not only because I’ve lived it, but because it’s something I’ve researched and studied as a doctoral student and former faculty member in higher education. It’s not uncommon for Latinos who are quick to tout their pride in merengue, bachata, mangú, and mofongo to ignore the very people — those of the African diaspora — whose ancestors introduced these into the culture. It goes to show how ingrained the devaluation of Black aesthetics in the Latinx community really is, and how colorism, or the practices of discrimination that privilege people of color with lighter skin over those with darker skin, pervades communities of color.

As I watched the movie over the weekend with my two Afro-Latinx children, I had a deep yearning to be able to point to one of the lead characters and say, “Look, they look like we do!” Unfortunately, that moment never came. Instead, I had an out-of-body experience in which I was witnessing my own triple consciousness, a phrase that explains Afro-Latinx realities in which “one ever feels his three-ness — a Latino, a Negro, an American.” This pain stems from receiving messages of inferiority not only from white people but also from the Latinx community to which we purportedly belong.

From research I have conducted, I know all too well how frequently experiences with colorism occur within the Latinx community. Modern-day colorism can be traced back to European colonization and slavery; it is rooted in white supremacist standards of beauty and works in tandem with racism. It manifests as the privileging of white phenotypic features — light skin, straight hair, a narrow nose, or light eyes — over Afro-centric features within the same racial or ethnic group. This hierarchy is a phenomenon that shows up not only in Latinx communities but in Black and Asian communities as well, both in America and globally.

These racialized standards of beauty encourage darker-skinned people of color to alter their bodies in an attempt to be considered more attractive. For example, skin lightening creams are a lucrative industry in Afro-Caribbean and African countries as well as across the Asian continent. Another important consequence of these dominant Eurocentric beauty ideals is an entertainment industry that still rewards a proximity to whiteness. Both Black and Latina actresses like Viola Davis and Gina Torres have shared experiences of being passed over for their whiter-looking counterparts.

But the movie’s issues were not limited to its lack of representation. It omitted an important scene in the original stage play in which one of the lead characters, Nina’s father, expresses anti-Black sentiments toward a Black character Nina is dating named Benny. This moment would have been an opportunity to shine a light on familiar yet uncomfortable anti-Black sentiment within many Latino families. This has complicated origins rooted in the history of many Latinx countries, where centuries of colonialism have led to a preference for whiteness, such as the 1930s Dominican dictator Rafael Trujillo, who carried out an intricate plan to lighten Dominicans as a group.

Unfortunately, colorism is a global issue that transcends the shortsighted casting choices of In the Heights producers. In fact, this is not even the first time that director Jon Chu has been called out for upholding colorism. When asked about the lack of dark-skinned Afro-Latino representation, Chu said, “that was something we talked about and I needed to be educated about.” Yet he faced similar criticism after his 2018 movie Crazy Rich Asians, which featured a cast of lighter-skinned East Asians despite the movie taking place in Singapore, which has a diverse population that includes those of Malay and Indian descent. This goes to show that even movies written and directed exclusively by people of color fail to escape the grasp of white supremacy when systems like colorism rear their ugly head.

While I was heartened to see In the Heights depict the music, food, and language that is near and dear to my heart, I was ultimately left unfulfilled. The creators of this film did not take full advantage of this rare opportunity to forefront the racial diversity of the Latinx community, instead falling into the traps of colorism and anti-Black Latinx racism that have long been a thread throughout our history. In the wake of more recent awareness of anti-Blackness, lighter-skinned and white Latinos must do their part in addressing these issues within our own community. Our children deserve better. My children deserve better.

Jasmine Haywood is a strategy director for student success at Lumina Foundation. Her expertise is in the areas of Afro-Latinidad, colorism, and anti-Black racism. She has a master’s degree and a PhD from Indiana University.

The relatable toughness of Jill Biden
The success of Medicaid expansion, explained in 5 charts
Trump was never going to be forced out
Domestic terrorism is on the rise. Why won’t cable news networks say so?
“No matter what, there will be persistent doubts about how this process was carried out”
Centrist Democrats are crucial to building the left’s power in the Midwest