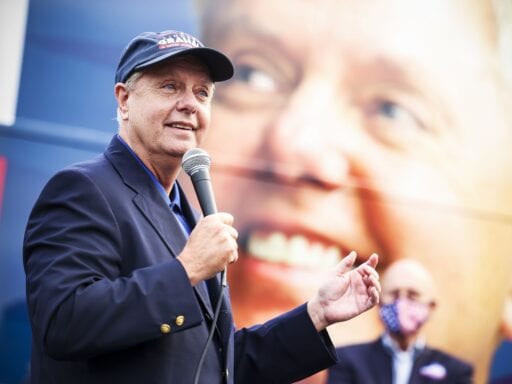 South Carolina Republican Sen. Lindsey Graham defeated Democratic candidate Jaime Harrison to retain his Senate seat, bringing to an end one of the most closely watched Senate races of the 2020 cycle and one of the most expensive congressional races in history.

Graham has been in the Senate since 2003, serving as chair of the Judiciary Committee since 2019. During a brief presidential run in 2016, he was a noted critic of Donald Trump before his election, describing him as a “nutjob” and repeatedly arguing that Trump would be the downfall of the GOP.

But Graham became one of Trump’s most loyal allies in the Senate, largely only breaking with the president on foreign policy issues. He championed Trump, emphasizing his conservative successes, including the nominations of Justices Brett Kavanaugh and Amy Coney Barrett to the Supreme Court. And he relied heavily on his personal relationship with Trump — who won the state by 14 points in 2016 — throughout his campaign, though the president himself did not make an appearance in the state.

That might not have been good enough for some conservatives like Fox News host Lou Dobbs (who said of Graham in October that he “has betrayed President Trump at almost every turn”), but it appeared to have worked for Republican voters.

As my colleague Li Zhou detailed, Graham also emphasized that he was a better fit for South Carolinians than Harrison:

Broadly, in his messaging, Graham has characterized Harrison as being tied to the “far left,” while emphasizing his own commitment to what he has referred to as “law and order.” The senator has made it clear that he opposes criminal justice reforms like defunding the police (which Harrison has also said he’s against). And Graham has argued that he not only has strong connections to the state but has brought South Carolina federal funding for projects like the development of the Port of Charleston.

But he had to contest a Democratic campaign that repeatedly broke fundraising records, with Harrison raising more than $57 million in just three months. His effort drove Graham to repeatedly ask Fox News viewers for donations, saying in one appearance that Democrats “are going crazy raising money off the Supreme Court and we need to fight back.”