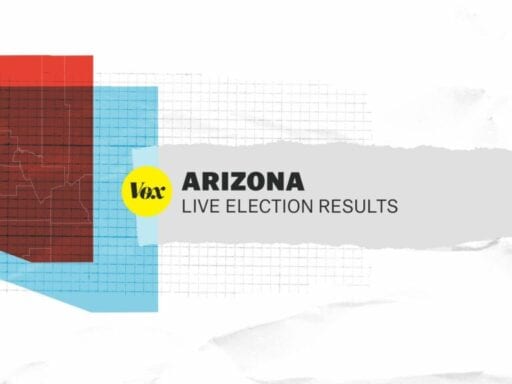 Key races for House and Senate are on the ballot in Tuesday’s Arizona primaries.

There’s also a competitive Democratic primary for governor to see who will challenge Republican incumbent Doug Ducey and two House races — including one where Democrats Ann Kirkpatrick and Matt Heinz are fighting bitterly.

While Rep. Martha McSally is considered the frontrunner in the Republican primary for US Senate, there’s also a bitter competition playing out between Kelli Ward and Joe Arpaio, two hardline, Trumpy Republicans. (Remember, President Trump pardoned Arpaio earlier this year for criminal contempt of court, a misdemeanor.) McSally, meanwhile, is facing questions about her loyalty to Trump — she didn’t endorse him in 2016 but now calls him a “friend.”

Arizona is a key pickup opportunity for Democrats after Republican Sen. Jeff Flake announced he wouldn’t seek reelection. Democratic candidate Rep. Kyrsten Sinema is the likely winner of her race; she has one little-known challenger named Deedra Abboud.

It’s looking likely that Ducey will win the Republican primary, despite a challenge. Ducey’s approval rating has fallen in recent weeks, and he is facing a tough dynamic with the state’s fired-up teachers, who marched on the state capitol by the tens of thousands, demanding better pay.

On the Democratic side, David Garcia has maintained a steady lead in the polls, with Steve Farley in second place. Garcia is running as a progressive; he supports Medicare-for-all and campaign finance reform. (He recently pledged to return almost $7,000 worth of campaign contributions he got from individuals identified as lobbyists after promising to take no lobbyist money.)

Democrat Tom O’Halleran is up for reelection

Incumbent Rep. Tom O’Halleran is facing a challenge from Republicans. O’Halleran actually used to be a Republican himself when he was in the Arizona state legislature, but he left the party in 2014 and ran as a Democrat two years later. The district voted for Trump in 2016.

O’Halleran is unopposed, but on the Republican side, there’s a Trump loyalty contest going on. Steve Smith is running on his experience as an elected official, but Wendy Rogers is garnering a fair amount of name recognition and is running on her loyalty to the president.

There’s a bitter fight brewing between Heinz and Kirkpatrick, who are pretty close in the polls and running negative ads against each other. Heinz recently compared Kirkpatrick’s quest to return to Washington to meth addiction.

Elizabeth Warren wants to level the playing field for entrepreneurs of color
Amazon reviewers find Good Night Moon’s choice to rhyme moon with moon “unacceptable”
Hurricane Florence: where you can donate to help with disaster relief and recovery
The 18 best TV shows of 2019
Google’s attempt to shut down a unionization meeting just riled up its employees
Cory Booker on why Democrats should go bolder on gun control