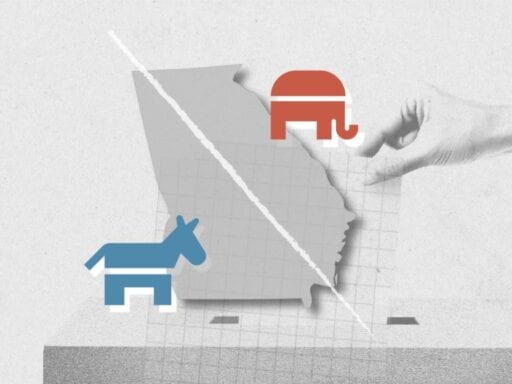 Candidates for major House and governor races are on the ballot.

In Georgia, one of the few states holding July elections, voters are heading to the polls for runoff elections on Tuesday.

Two Republicans — Lt. Gov. Casey Cagle and Secretary of State Brian Kemp — are facing off in a tight race to be the GOP nominee for governor (Republican Gov. Nathan Deal is term-limited out). Whoever wins Tuesday’s primary will face Democrat Stacey Abrams, who already won her primary in May. The governor’s race will be one of the most closely watched in the country; Abrams would make history as the first black woman governor if she wins in November.

Beyond the governor’s race, there are two congressional races worth watching: Georgia’s Sixth and Seventh Congressional Districts. The Sixth is the same district where Democrats poured millions into Jon Ossoff’s failed campaign against Republican Rep. Karen Handel last year, while the Seventh is another district where Democrats would like to flip the seat currently held by Rep. Rob Woodall.

Georgia governor: two Republicans are vying for the chance to compete against Stacey Abrams

It’s been a close race between Republican frontrunners, Lt. Gov. Casey Cagle and Secretary of State Brian Kemp. Cagle was more than 10 points ahead of Kemp in an earlier May primary, but President Donald Trump recently endorsed Kemp via Twitter, which could give him an edge.

Cagle and Kemp are both Georgia state officials, so it could be argued they’re both part of the state’s Republican establishment. But like in many other Republican races, it’s become a race to see who is the most conservative and Trump-like, and the Trump bump to Kemp could matter.

Whoever wins will compete against Democrat Stacey Abrams, the former state House Minority Leader whose campaign has Democrats across the country excited. Abrams already won her May primary.

Georgia’s Sixth Congressional District: can a new Democrat do what Jon Ossoff couldn’t?

Two Democrats — gun control activist Lucy McBath and businessman Kevin Abel — are facing off to see who will challenge incumbent Republican Rep. Karen Handel, who was elected to Congress in 2017.

Coming on the heels of Trump’s election, Georgia’s Sixth was supposed to be Democrats’ great hope of flipping a conservative district last year, but it turned into a big, expensive failure. It’s still a conservative district that the Cook Political Report rates Lean Republican, but McBath and Abel both think they have a shot at flipping it to blue.

McBath is making gun control a huge focus of her campaign; her son was shot and killed in 2012, which eventually spurred her to run for Congress. It could be a big test of whether the issue will win Democrats votes in a wealthy, educated suburban district. Abel, a white immigrant from South Africa, is arguing that McBath’s focus on gun control will lose her votes and says he’s in a better position to appeal to voters and take on Handel.

Two Democrats — Georgia State professor Carolyn Bourdeaux and tutoring business founder David Kim — are competing to be the nominee. The winner will run against Republican Rep. Rob Woodall, in office since 2011.

Georgia’s Seventh District is likely more of a long shot for Democrats; Cook rates it Likely Republican. Trump won this suburban district in 2016 by a little over 6 points, but Democrats view Woodall as a potential target (albeit a reach).

Besides her experience in higher education, Bourdeaux previously served as the director of Georgia’s Senate Budget and Evaluation Office, and is hitting Woodall particularly hard on health care and his vote supporting Obamacare repeal in the House.

Kim, a first-time candidate, is already saying he won’t support House Minority Leader Nancy Pelosi in her bid for House speaker if he’s elected to Congress. He’s dumped more than half a million dollars of his own money into his campaign, while Bourdeaux has won the endorsement of Emily’s List, a progressive group that works to elect Democratic women who support abortion rights.

Prominent evangelical leader on Khashoggi crisis: let’s not risk “$100 billion worth of arms sales”
How to find a therapist during the Covid-19 pandemic
The pop culture that brought us joy in 2020
Betsy DeVos’s reported guns-in-schools plan would make schools less safe
NBA star Kobe Bryant has died in a helicopter crash
This week in TikTok: Pancake cereal, the newest viral food