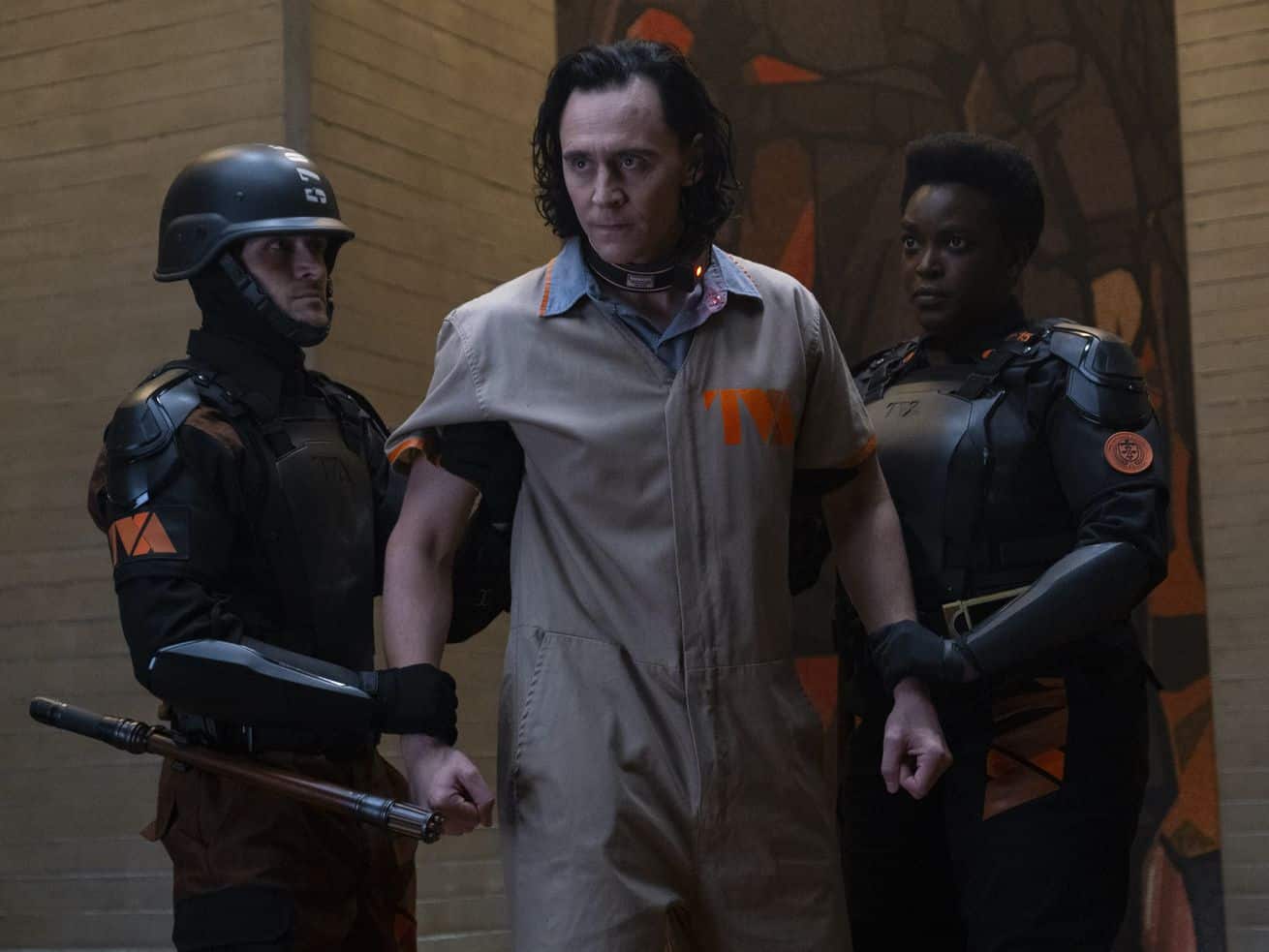 Loki is undoubtedly one of the most compelling characters Marvel has ever created. Played by the perpetually grinning Tom Hiddleston, Loki carried the first two Thor movies and pound-for-pound outshines every Avenger not named Tony Stark or Steve Rogers in the charisma department. He’s also the most memorable villain in all of the Marvel Cinematic Universe — and please don’t ask, “What about Thanos?” because while menacing, Thanos couldn’t muster even a whiff of sympathy or compassion from me.

While so many of Marvel’s villains end up being one-shot wonders, Loki stands out not just because he survives past one movie but because he never feels truly evil. Yes, he’s very into alien invasions, turning Earthlings into his servants, and sometimes indirectly hurting his family, but he’s also the product of a terrible childhood during which, because of his true nature (Loki is actually an adopted frost giant), he was never as loved or respected as his Thunder God brother, Thor.

Fittingly and finally, Marvel has capitalized on that love and given its most beloved antihero his own TV show. Well, sort of.

Loki is about a specific version of the character who, thanks to some time-meddling Avengers, is temporally displaced from the MCU’s main timeline amid the events of the 2019 blockbuster Avengers: Endgame. The ripple effect of the Avengers’ time-jumping in that film leads to there being two different Lokis — the one who would defend Asgard and die at Thanos’s hand in Avengers: Infinity War, and this one, the one who gets his own TV series on Disney+ to inevitably show us what happens when the character gets a second chance at life with this twist of fate.

Two of Loki’s six hour-long episodes were sent to critics for review ahead of the show’s June 9 debut. Here are some initial thoughts about what feels like a promising new addition to Marvel’s ever-growing collection of movies and television.

Loki is about Loki’s existential crisis

Loki is the third television series in Marvel’s very young but super-ambitious Disney+ slate. It follows the weird and stylish WandaVision and the more rigid bromantic dramedy The Falcon and the Winter Soldier, and it’s difficult not to compare it to its predecessors.

Loki looks more in line with WandaVision, as the show has a very distinct mood and aesthetic — there are a lot of browns and muted earthy palettes, and the set pieces are purposely anachronistic, placing the show in some distant future that also looks like a sharp office from the 1960s.

Loki also deals heavily in existential emotion and grief, and similar to WandaVision, it juxtaposes those themes with a problem that could spell the end of the world.

Loki takes place in a specific pocket of time sketched out by Avengers: Endgame — and please forgive me, this gets complicated — when the Avengers travel backward in time to 2012 to retrieve the Infinity Stones so they can ultimately defeat Thanos. The heroes deduce that the Infinity Stones were all in New York during the Chitauri invasion and decide to jump back to that particular moment to retrieve them.

Not everything goes to the Avengers’ plan, and the 2012 version of Loki escapes with the Tesseract, which houses one of the Infinity Stones. Instead of pursuing him, the present-day Avengers do one more time jump, and kinda sorta let Loki off the hook. (Also, If you can’t recall the events of Infinity War and Endgame, do not fret; this is all recapped as Loki begins.)

But it turns out Loki isn’t quite in the clear.

Loki reveals that his escape triggers an alert from an almost-omnipotent organization called the Time Variance Authority (TVA for short). The TVA’s job is to maintain the main timeline in the MCU, and events like Loki’s escape are seen as threats because they have the potential to screw up what’s supposed to happen in the main timeline. To be clear, the TVA exists in Marvel’s comic books — but on TV, the secret organization becomes infinitely more useful as a story device to keep the current MCU timeline and all the links between various movies and shows intact. The TVA has the ability to reset time itself and “prune” or dissolve all threats.

Apprehended by the TVA and shown his future death in Infinity War, this Loki falls into a massive existential crisis. Remember, this is a character who has always compensated his internalized feeling of being less-than by searching for and cozying up to power. The TVA is more powerful than anything Loki has ever known because it oversees everything. Thanos, the Infinity Stones, every single apocalypse — it doesn’t happen unless the TVA determines it.

This raises several questions about who’s running the TVA and their own sense of order and morality. I’m sure we’ll learn more about the organization soon enough, but for now, Loki asks what happens to Loki when you take away everything he thought he knew about what drives the universe. Absent his taste for power, is this character good or evil? And could he be heroic and less wicked if given a new purpose?

Loki is also a twisty whodunnit

The show’s other driving force is a whodunnit mystery.

Despite all the powers that the TVA seemingly has at its disposal, the organization is having problems with a killer. Someone has figured out how to track its time jumps, and has gotten really good at murdering members of its strike force, the Minute Men. What’s concerning isn’t just how dangerous this person is, but ultimately what their plan might be for the MCU’s main timeline. And maybe Loki is the key to unlocking this unidentified villain’s plan.

Wow, am I a fan of Owen Wilson now?

Similar to my feelings about carrots and celery, I have never had strong opinions on Owen Wilson. He’s been aggressively fine to good in the movies I’ve seen him in, and I haven’t thought about him much, positively or negatively.

Perhaps in its greatest accomplishment, Loki has now changed my perspective on Wilson — for the better!

Wilson plays TVA Agent Mobius, who’s in charge of investigating the recent spate of Minute Men deaths. Wilson plays the character warmly, making him seem a little aloof and maybe a bit in over his head. Compared to Loki’s rakish charisma, Mobius is decidedly unhip, a rule-follower of the bureaucracy that is the TVA. However, there also seems to be something simmering beneath the surface of Mobius’s “aww shucks” facade.

At the core of the character appears to be a lot of frustration and desperation over being stuck, quite literally, in time. Mobius and Loki are both looking for a way out, it seems. That shared desire manifests itself onscreen with Hiddleston’s Loki giving us more of his familiar chin-stroking scheming, while explaining exactly how he’ll outmaneuver the seemingly simple Mobius. Wilson goes along with it, giving his character a seemingly all-too-trusting earnestness. The two play off of each other brilliantly.

Yet Wilson’s portrayal reminds us — with the slightest shift in body language or the smallest sharpening in his face — not to confuse feeling sympathy for his character as weakness.

There’s one debate when it comes to Marvel and its slew of movies that I fully believe will endure long after I’ve shuffled off this mortal coil: Is there actually any art to Marvel’s world-building, or is everything Marvel does just another trailer for the next Marvel project?

The studio has spent the past decade or so creating a complex, interconnected world where all of its movies link up with and expand on each other. The events in Avengers: Endgame involved an intricate, self-referential plot centered on plucking Infinity Stones from a specific moment that happens in 2013’s Thor: The Dark World and assembling a vast team of superheroes that are sometimes only connected through end-credits scenes.

Now, with three television series on Disney+, there’s even more stuff that’s connected and growing each branch of the MCU.

Usually, the way any given viewer feels about Marvel’s intricate design hinges on how much that viewer loves Marvel. Fans love the Easter eggs and theorizing how each moment in a specific movie or TV series might play into the bigger picture. Less enthusiastic observers believe this method undercuts the storytelling, that the result is essentially a pile of cogs coming off an assembly line that’s building a profit machine, rather than a collection of artistically interesting films strong enough to stand on their own.

Regardless of how you may feel about that debate, I’m here to report that there’s even more world-building and interconnectedness in Loki. In the first episode alone, there are a few mentions of multiple timelines, the “multiverse” at large, and how the TVA is worried about “madness” that will sink in if the timeline is left uncorrected.

To Marvel fans, this is a huge, flashing sign that the TVA and Loki are connected to the upcoming 2022 movie Doctor Strange and the Multiverse of Madness, which will also star Wanda Maximoff a.k.a. the Scarlet Witch. Loki and Doctor Strange had a previous run-in in Thor: Ragnarok, where Strange informed Thor that his brother was a threat to Earth. Wanda, with her newfound ability to manipulate reality that we witnessed in WandaVision, would be someone whom both the TVA and Doctor Strange would keep tabs on. So it wouldn’t be too far-fetched to imagine that Loki, at the conclusion of his television show, would make an appearance alongside Wanda in the Doctor Strange sequel.

And, well, now I’ve gotten way ahead of myself and should say that it’s still possible to enjoy Loki on its own terms — even if Marvel wants you to be thinking ahead.

Loki gets off to a very good start

It’s impossible to judge an entire show by two episodes, even if those episodes comprise a third of its season. That said, I had a good feeling about WandaVision after its first three installments, and that show turned out to be pretty well-loved (despite a polarizing season finale). Similarly, I had a lukewarm feeling about The Falcon and the Winter Soldier after one episode, and that series ended up going out with a whimper.

Based on what I’ve seen of Loki so far, the show is off to a great start. I’d even say it’s more promising than WandaVision at the outset: The show’s murder mystery coupled with Hiddleston and Wilson’s chemistry makes me want to watch more. With the time-jumping and the double-crossing and satirical bureaucracy, the show’s writers have a lot to play around with. I also hope that we see more of Gugu Mbatha-Raw, who plays the imposing authority and time judge Ravonna Renslayer, in upcoming episodes.

Anything could happen in Loki’s remaining four episodes, but the show has the makings of a big hit.

Mitch McConnell: if Republicans do well in the midterms, we’ll try to repeal Obamacare
Twitter is considering warning users when politicians post misleading tweets
A pro-Trump conference showed a fake video of a Trump shooting the media and his opponents
This week in TikTok: Bored teens are making self-isolation content
Why people are angry over a Washington Post fact check about police shootings
The White House has 2 testing standards: One for Trump and another for everyone else