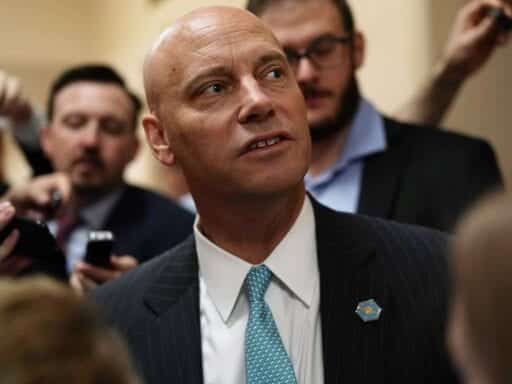 President Donald Trump is losing his director of legislative affairs just as he’s gearing up for a fight on Capitol Hill over his Supreme Court nominee. Marc Short is stepping down before of the month, Politico reported.

In early spring, the administration was bleeding officials by the week and everyone else seemed on the verge of getting ousted. But a lull had set in since — until Pruitt’s departure. Still, Trump has had the most Cabinet-level staff turnover at this point in his presidency than any other president in the past 100 years, according to the Associated Press.

Short’s departure isn’t that surprising — it had been rumored for some time, though that was before a potential Supreme Court battle. The White House told the Washington Post that Shahira Knight, an aide on the National Economic Council, will take over Short’s job.

With Short the latest to leave, here’s a look at everyone else who’s resigned, or been fired, in the first 18 months of the Trump administration.

Trump has lost a long-time aide and liaison to Capitol Hill. Short, who previously worked as an aide for Vice President Mike Pence shepherded the president’s agenda on Capitol Hill, chalking up a major victory with the tax bill, but falling short on Obamacare repeal. He’s leaving the White House for the private sector and a teaching gig at the University of Virginia.

The government isn’t letting the shutdown get in the way of Arctic drilling
What does the storming of the Capitol mean for the electoral vote count?
Why Nevada caucuses are sometimes decided by drawing a card
Why Facebook banned news in Australia
FDA chief walks back key claim about convalescent plasma for Covid-19
Trump’s lies about the 2020 election are endangering America’s election workers