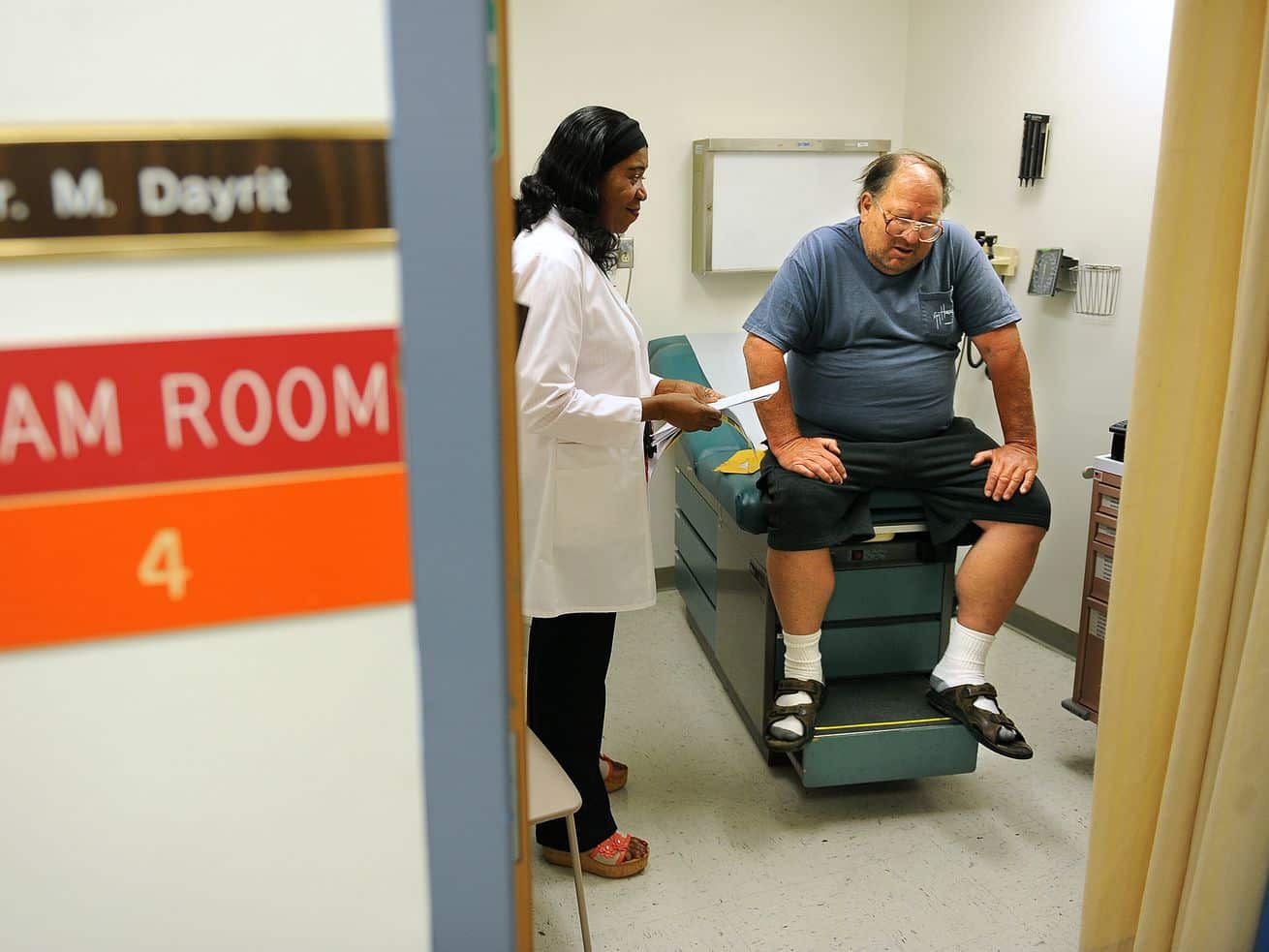 A new study challenges the conventional wisdom on why many doctors refuse to take Medicaid patients.

For many low-income people in the US, getting insured isn’t enough to get health care: Patients with Medicaid can struggle to find a doctor willing to take their health insurance.

And this happens in large part because, for doctors and providers, billing Medicaid is a pain.

A recent study by researchers from the US Bureau of Economic Analysis, the University of Chicago, and the Federal Reserve Bank in San Francisco found providers run into more obstacles when trying to bill Medicaid than they do with other insurers, and that these administrative hurdles explain the access problems experienced by Medicaid patients as much as the program’s payment rates.

Medicaid payment rates, the amount doctors receive for providing services, are on average lower than Medicare or private coverage. This has typically been used to explain why many physicians are reluctant to take Medicaid and why some Medicaid recipients still struggle to access care.

“Previous work highlighted the effect of prices on physicians’ acceptance of Medicaid patients … and on the supply of care more broadly,” the authors wrote, citing a litany of previous research. “We show that a reduction in administrative hassle is just as significant.”

Access for Medicaid patients is a well-documented problem. Various surveys show providers are significantly less likely to accept Medicaid than Medicare or private coverage. That is on top of the other health challenges that people with lower incomes face.

Usually, as the authors reference, the access problem is seen as caused by the prices paid by Medicaid. And Medicaid does pay less than the other major insurers: Based on its own data, the average initial claim filed is $98 for Medicaid patients, whereas Medicare averages $137 and private insurers average $180.

But the problem goes deeper than that, according to this new analysis. Not only does Medicaid pay out less, but doctors encountered more billing problems. About 19 percent of the initial claims submitted to Medicaid are not paid in full. For Medicare and for the private insurers, that share is much lower: 8 percent and 5 percent, respectively.

The health care providers then must invest time and money to sort out any rejected or disputed claims. These researchers attempt to put a dollar figure on those costs — they call it “costs of incomplete payments,” or CIP — and find that Medicaid is more costly for providers than Medicare or private insurers. The average CIP for a Medicaid visit is $16, more than the $10 average for Medicare and private coverage.

And when you consider the disparity in the initial claims, with Medicaid already paying much less than Medicare or private insurance, these costs of incomplete payments eat up 16 percent of the value of a Medicaid visit for doctors, significantly more than the 7 percent for Medicare and 4 percent for private coverage.

What is the cost of these administrative burdens? Fewer providers take Medicaid patients.

The authors tackled the question from two angles, looking at individual physicians who move to a different state (and therefore a different Medicaid program) and at firms that operate physician offices in different states. In both cases, they found an effect. A decrease in administrative costs — the CIP metric — was equally likely to lead to providers accepting Medicaid patients as an increase in reimbursement rates, by both measures.

In other words, whether doctors were willing to take Medicaid patients depended as much on whether they faced administrative hurdles when trying to bill for their care as the actual price that Medicaid pays for the services they provide.

“Doctors’ offices are businesses,” Larry Levitt, executive vice president at the Kaiser Family Foundation, told me, “and it’s not surprising that they would make participation decisions based not only on how much they get paid, but also on the hassle of doing business with different insurers.”

There are some limits to the study, which the authors acknowledge. For one, they do not attempt to figure out whether Medicaid has good reason to deny the claims that it does (in which case, perhaps Medicare and private insurers are too lenient about the claims they accept).

And arguably the bigger problem with Medicaid access is that many people who are eligible have no access to the program’s insurance at all. Making it easier for providers to bill Medicaid does not help more people sign up for coverage, even though an estimated 7.3 million uninsured people are already eligible for Medicaid and 4 million more people would be, too, if the 12 states that have refused to expand the program under the Affordable Care Act decided to do so.

Nevertheless, the study makes a strong case that solving access problems for Medicaid patients does not require jacking up the program’s payment rates, a difficult sell in a time of strained state budgets, in the country already with the world’s highest health care costs.

The researchers instead present this solution to the problem they identified: “To increase access to care, regulators could implement or require a simpler, cheaper administration of payment processes, without raising prices.”

So if we simply made it easier for doctors to receive payment for the services they provide, it could make a big difference for Medicaid patients.

FBI agent Peter Strzok’s hearing has become a ridiculous circus
Is the country falling apart? Depends on where you get your news.
Why fashion brands destroy billions worth of their own merchandise every year
The outcry over ICE and hysterectomies, explained
How Anthony Fauci became the face of the pandemic — and its merch
Read Boris Johnson’s dramatic resignation letter to Theresa May over Brexit