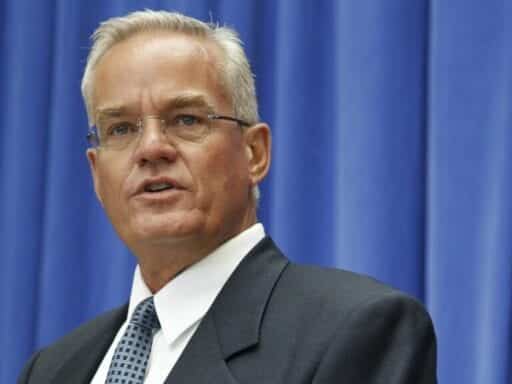 Months after Bill Hybels stepped down in disgrace from Willow Creek Community Church, his successor has resigned.

Months after megachurch pastor Bill Hybels stepped down in disgrace due to a series of sexual misconduct allegations, his de facto heir, Sam Carter, stepped down to protest his church’s handling of Hybels’s misconduct. The church will also launch a new internal investigation into Hybels’s alleged behavior, due to the fallout from news reports. Both developments follow the Sunday publication of a New York Times report detailing additional allegations against Hybels.

Carter, one of two lead pastors at the Hybels-founded Willow Creek Community Church, outside of Chicago, wrote in his blog that he had initially been unsatisfied with the response of the leadership committee of other Willow Creek church elders to allegations against Hybels when they first broke. Back in 2013 and 2014, church elders in 2013 and 2014 had been made aware of separate instances of harassment that had taken place over the prior two decades, including unwanted touching, kissing, and sexual comments made to parishioners and church employees, according to a March story in the Chicago Tribune, which first reported on the scandal.

The initial allegations against Hybels, who resigned as pastor in April, included a long-term consensual extramarital affair with an anonymous Willow Creek staffer, who had shared her experience with another staffer, Leanne Mellado, who had taken her concerns to the board. That anonymous staffer, according to Christianity Today, later refused to cooperate in any investigation. Hybels was cleared of wrongdoing in 2014 by an internal church investigation.

In 2015, several church elders, including John and Nancy Ortberg, both former Willow Creek teaching pastors, resigned in protest over what they saw as the board’s unwillingness to take the allegations sufficiently seriously, as well as what they saw as flaws in the internal investigative process. In a blog post, Ortberg called the investigation “poorly designed and likely to expose any woman who came forward to grave risks,” and expressed doubt that it was truly designed to be impartial. In 2017, a second internal investigation also found Hybels not guilty of wrongdoing.

The Tribune reported numerous additional allegations of misconduct from women, many of whom were former Willow Creek staffers. Most of the incidents described by accusers took place in the 1990s, often on staff work trips, and included indecent propositions, unwanted touching and kissing, and verbal harassment.

No formal action was against Hybels taken until this spring, when Hybels accelerated his planned retirement shortly after the Tribune story broke. He denied all allegations against him, but admitted only that “I too often placed myself in situations that would have been far wiser to avoid.” When he announced his retirement, the Times reports, his congregation responded with audible consternation and shouts of “no!”

The more recent Times report centered on the figure of Pat Baranowski, Hybels’s former assistant, who reported numerous incidents of sexual harassment, unwanted touching, and sexual contact over a period of two years during the period of her employment in the late 1980s. Baranowski told the Times that Hybels asked her to watch pornography with him for a research project, that he repeatedly touched her breasts and rubbed against her, and that the two engaged in oral sex on one occasion. She said Hybels retaliated against her when she asked him to stop by berating her publicly and privately and disparaging her abilities to colleagues.

Carter characterized Baranowski’s story as the final straw in his decision to leave Willow Creek.

”Since the first women came forward with their stories,” Carter wrote. “I have been gravely concerned about our church’s official response, and it’s ongoing approach to these painful issues. After many frank conversations with our elders, it became clear that there is a fundamental difference in judgment between what I believe is necessary for Willow Creek to move in a positive direction, and what they think is best.”

Carter said he had already decided to resign his post, and had held off the announcement out of respect to other Willow Creek elders, who had asked for time to be able to better spin his decision. But, Carter wrote, the severity of Baranowski’s allegations prompted him to make his resignation public earlier than planned. “The new facts and allegations that came to light this morning are horrifying,” he wrote, “and my heart goes out to Ms. Baranowski and her family for the pain they have lived with.”

The scandal at Willow Creek, and the division of church leadership in response to it, reflects wider fractures within the evangelical community, which has seen many of its leaders brought low in the wake of the #MeToo movement. From Hybels to Tennessee megachurch pastor Andy Savage to former Southern Baptist Convention president Paige Patterson, accused of making sexist remarks and encouraging women to forgive their abusive husbands, several evangelical titans have been pressured to resign or retire, prompting wider discussions about evangelical expectations around gender norms, sexuality, and consent.

Willow Creek has struggled to recover from the Hybels scandal

In recent months, Willow Creek has been divided in its response to the allegations against Hybels, a beloved pastor whose personality had become all but synonymous with the church he had founded. Hybels, who founded the nondenominational evangelical church in 1975, pioneered a movement known as the “seeker-sensitive” model for churches.

Focusing on accessible sermons, music that reflected popular tastes, and an informal approach to worship, “seeker-sensitive” churches aimed to meet the needs of parishioners who might feel uncomfortable in a more formal or “traditional” church setting. The model, worked — setting the standard for megachurches across the globe, many of which used the approach to vastly increase their number of parishioners. Today, there are over 1,300 megachurches in America, nearly all rooted in the “seeker-sensitive” model of teaching. Willow Creek, however, remains particularly successful boasting about 26,000 parishioners per week.

Because of this approach, Hybels’s charisma and personality became all but synonymous with the Willow Creek “brand,” which, many of Hybels’s accusers say made it harder for them to feel they could speak out.

“How could he have done all this good when there were such dark things happening behind the scenes?” another accuser, Nancy Beach, who also worked at Willow Creek, asked the Times.

Since Hybels’s resignation in April, the church’s leadership has publicly apologized for failing to appropriately address the accusations against him. Heather Larson, Carter’s fellow lead teaching pastor, said, “It was stated [after the Chicago Tribune story broke] that the allegations are all lies, and I do not believe that. I should have jumped in and declared that personally right away when that statement was made. I believe the stories that Bill had interactions that were hurtful to these women. That is wrong, and I hope and pray that someday this can be made right. I ask for forgiveness that I did not personally declare that sooner.”

For Carter, however, Willow Creek failed to take sufficient accountability for its reticence to act against Hybels.

Carter is not alone. As more allegations against Hybels become public, more churches are withdrawing from the Willow Creek-affiliated Global Leadership Summit (GLS), a Christian leadership conference normally streamed and simulcast worldwide. Scheduled for August 9-10, the event — which has been hosted by Hybels for 20 years — was originally supposed to be simulcast at almost 700 churches worldwide. Since Hybels’s retirement, however, at least 111 churches have withdrawn from the GLS, with more expected to withdraw following the Times revelations.

Vineyard Cincinnati Church in Ohio, one of the churches to withdraw from the summit, defended its decision in a statement on its website: “God cares deeply how those who possess power use that power. We pray that women everywhere who have suffered would see that God’s people stand with them and love them and care for them.”

Hybels continues to deny the allegations against him. He told the New York Times, “I never had an inappropriate physical or emotional relationship with [Baranowski] before that time, during that time, or after that time.”

Andrew Yang will be the only candidate of color on stage in the Democratic debate
The Trump administration could soon allow doctors to discriminate against LGBTQ people
Can a pair of jeans kill the coronavirus?
How biohackers are trying to upgrade their brains, their bodies — and human nature
The robot revolution will be worse for men
Here’s where all the 2020 Democratic candidates stand on abortion rights