Morocco and Israel plan to normalize ties. Trump changed US policy to make it happen. 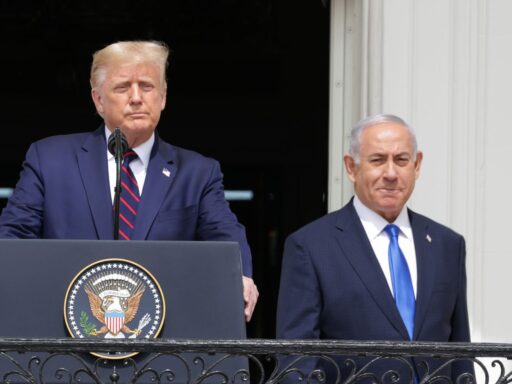 The US will recognize Morocco’s decades-long claim on Western Sahara. In exchange, Morocco will openly recognize Israel.

President Donald Trump on Thursday announced a US-brokered deal between Morocco and Israel to normalize relations — the fourth such agreement between Israel and an Arab state since August.

To get the pact done, Trump overturned decades of US policy by recognizing Moroccan sovereignty over Western Sahara, a large piece of sparsely populated territory in northwest Africa. Morocco claimed it in 1957, moved to annex all of it in 1979, and has been fighting for control of it against the territory’s Indigenous Sahrawi people ever since.

A 16-year insurgency ended in 1991 with a UN-brokered ceasefire, and the UN pledged to help organize an independence referendum in Western Sahara down the line. That referendum has still not happened, and the chance it ever will is even less likely now that the US has become the first Western nation to recognize Moroccan sovereignty over the territory.

“Today, I signed a proclamation recognizing Moroccan sovereignty over the Western Sahara,” Trump tweeted on Thursday. “Morocco’s serious, credible, and realistic autonomy proposal is the ONLY basis for a just and lasting solution for enduring peace and prosperity!”

The decision will be viewed as a big win for Washington, Rabat, and Jerusalem. Simply put, the US gets another Arab nation to improve ties with Israel, continuing its remarkable diplomatic effort known as the “Abraham Accords.” Israel gets another Arab nation to openly engage with it, slowly ending its regional isolation (though Morocco and Israel have engaged in secret talks for decades). And Morocco, after many years of asking for it, has its long-desired territorial claim recognized by the United States.

“They are going reopen their liaison offices in Rabat and Tel Aviv immediately with the intention to open embassies. And they are going to promote economic cooperation between Israeli and Moroccan companies,” Jared Kushner, who spent two years making this deal happen, told Reuters on Thursday. The administration also announced it will be sending economic aid to both Morocco and Western Sahara as part of the agreement, and flights will go back and forth from Morocco to Israel.

But the Sahrawi people won’t take too kindly to the announcement, experts on the decades-long dispute say. “This hasty decision to put weight behind Morocco’s claim to ownership will have deleterious effects for Sahrawi and for hopes of resolving the conflict in a peaceful and lasting manner,” Rice University’s Kelsey Norman, told me.

It’s unclear whether Trump truly believes backing Morocco’s claim will help end the conflict. What is clear is that he’s seeking to lock in more diplomatic wins in this area before handing over the reins to President-elect Joe Biden in January.

Trump is bolstering his diplomatic legacy before Biden takes over

While the Morocco-Western Sahara conflict is an issue of its own, Thursday’s deal should be really viewed as part of the administration’s larger diplomatic effort to get Arab nations to establish formal, public ties with Israel.

Indeed, the announcement follows Trump administration-brokered deals between Israel and the United Arab Emirates in August, Bahrain in September, and Sudan in October. Before those pacts, the last peace agreement Israel struck with an Arab country was with Jordan in 1994 (it had signed one with Egypt in 1979).

Even if Biden wanted to reverse those decisions — and for now there’s no evidence that he does — Trump’s announcements would make it harder for him to do so. Which means Trump will likely solidify his legacy as the president who broke the logjam on Israeli recognition, but it remains to be seen if it leads to any real, tangible gains in the Middle East.