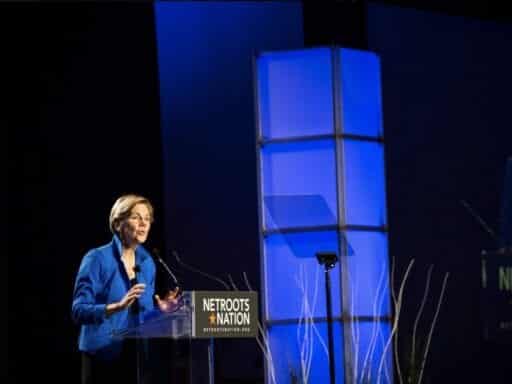 An annual gathering of progressives is experiencing renewed relevance.

It’s been a while since anyone used the phrase “netroots” in a serious way, but the annual Netroots Nation gathering that begins Thursday in New Orleans is enjoying a revival. Progressive activists are energized, trying to rebuild a Democratic Party wracked by electoral defeat and lingering tensions from the 2016 presidential primary.

And as activists, organizers, and political obsessives from around the country gather, they’ll be courted by a series of 2020 hopefuls, including Elizabeth Warren, Cory Booker, and Kamala Harris. A lot of rising stars will make appearances, from democratic socialist icon Alexandria Ocasio-Cortez to Gina Ortiz Jones to John Fetterman. Progressive standard-bearers like New York City Mayor Bill de Blasio and former Housing and Urban Development Secretary Julián Castro will also show up.

A version of Netroots Nation has been around since 2006. During the aughts, it was a key gathering space for the left wing of the Democratic Party — indeed, practically a byword for it. The conference was an important factional agenda-setting exercise. The Obama presidency put some of those factional fights into abeyance, but Bernie Sanders’s 2016 campaign renewed infighting and scrambled the factional lines.

With party leadership in flux, courting progressive activists at Netroots Nation is once more high on the agenda for ambitious politicians. The midterms are still months away, but the 2020 presidential primary cycle is very much already in swing.

It all started with blogs

Before “social media,” self-expression on the internet was dominated by blogs — self-published, typically amateur sites on which authors could offer their takes of the day with minimal to no editing or other friction.

Posts would circulate via RSS feeds, and discussion was typically rich with links to other blogs. Eventually, many successful bloggers were hired by “real” publications to produce what were often at first simply blogs written under the branding of an established outlet.

These blogs generally evolved into the professionalized, highly optimized hellscape that constitutes the current content industry, where discovery is dominated by Facebook sharing and Google search rather than links and audience loyalty.

There were all kinds of blogs about all kinds of things, but the kind relevant to this explainer were about politics (including an eponymous one I wrote). And in a time before Rachel Maddow or Chris Hayes had television shows and Richard Cohen was what passed for a progressive columnist on the Washington Post op-ed page, progressive political blogs gave voice to a vast cohort of people who were mad at George W. Bush, mad at the invasion of Iraq, and mad at a Democratic Party establishment that wasn’t doing enough to fight either of them.

One blogger who rapidly took his work in the direction of community-building and political organizing rather than solo commentary was Markos Moulitsas. (He, separately, also co-founded Sports Blogs Inc., the company that evolved into today’s Vox Media, though he is no longer actively working for the company.) His blog was called Daily Kos.

In light of its heavy focus on community, it seemed natural for the Kos faithful to gather at some point face to face. And thus was born “Yearly Kos,” a conference that debuted in 2006 in Las Vegas under the leadership of Gina Cooper. It featured an appearance from Harry Reid and several long-shot 2008 presidential contenders, as well as a steady diet of panel discussions and training sessions that have been mainstays of the convention ever since.

At the 2007 follow-up convention in Chicago, all the major Democratic presidential contenders attended a blogger-moderated debate, and most held side sessions with bloggers whose support they were courting.

For the 2008 conference, the event rebranded as Netroots Nation, reflecting its larger scope and solidifying its position as a marquee progressive activist event that was bigger than any one blog. And of course in November, Barack Obama was elected president along with big Democratic congressional majorities.

But governing is rough on activists.

The Obama era killed “the Netroots”

The argument between Democrats who favored and opposed the war in Iraq lost political salience — especially with Iraq opponent Obama in the White House selecting supporter Hillary Clinton to run the State Department.

A new series of internal divisions around economic recovery and financial regulation came to the forefront. And while grassroots activism continued, there was a general reduction in the level of energy and enthusiasm from the broad swath of rank-and-file progressives when Democrats were in office.

In tandem with these political shifts, the underlying worlds of technology and media were changing such that by a few years into the Obama administration, it no longer made much sense to talk about “blogs” as a phenomenon or “the netroots” as a discrete entity from a larger universe of progressive activism. The conference institutionalized, but also became lower-profile.

Democrats nationally were generally on the defense, and intraparty squabbles, though significant, didn’t necessarily engage the mass public. Obama himself, who’d been a big hit at the 2007 Yearly Kos, never came back. But the administration would typically send an emissary or two — Joe Biden one year, Valerie Jarrett another. Elizabeth Warren, Obama’s highest-profile critic inside the party for most of his tenure, was a repeat keynoter.

At the 2015 conference, frontrunner Hillary Clinton (who’d had a chilly reception back in 2007) stayed away, and Bernie Sanders had some trouble dealing with Black Lives Matter activists. Bernie-Clinton tensions then dominated the next couple of years’ worth of progressive politics, but Netroots Nation is an ideal forum for those looking to put that fight behind them and move onward.

Beyond the Bernie wars

On the one hand, Clinton, with her origins in the Democratic Leadership Council of the 1980s and hawkish early-aughts policy profile very much reflected the brand of politics that the Netroots was forged in opposition to. On the other hand, Sanders’s aloofness from the institutional Democratic Party was very much at odds with the spirit of a movement that’s always been partisan to its core.

But with Democrats now back in the same political wilderness they found themselves in when the first Yearly Kos was staged in 2006, the idea of grassroots energy that’s decidedly inside the party tent has a newfound relevance.

With it comes a huge crop of presidential contenders who are seeking to position themselves in the Netroots Nation sweet spot. These candidates will offer a bolder and more clean-cut progressive message than Clinton without necessarily self-identifying as socialists or trying to put themselves outside the basic dynamics of partisan conflict.

That goes for presidential contenders, but more importantly for a huge crop of down-ballot challengers. Many of them are speaking to the Netroots faithful this week, and their successes or failures in November’s midterms will largely shape the medium-term trajectory of American politics.

America’s third Covid-19 surge, explained
Amazon’s bestselling products read like a coronavirus prep guide
Mail, groceries, and takeout: How to sanitize the stuff you’re bringing into your home
Cars dominate cities today. Barcelona has set out to change that.
The timing of Mueller’s Russia indictment is extremely awkward for Trump
“No matter what, there will be persistent doubts about how this process was carried out”