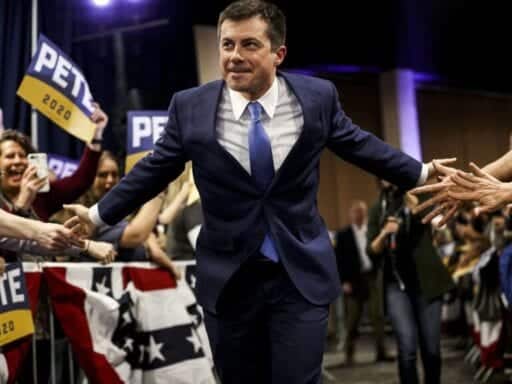 The state’s entrance polls hint at how the two could do in South Carolina.

One key trend in the Nevada entrance polls could mean trouble for both former South Bend Mayor Pete Buttigieg and Sen. Amy Klobuchar. According to data from the Washington Post, both candidates performed poorly with African American voters, who made up 11 percent of caucus voters in the state.

Buttigieg, per the early entrance polls, secured 2 percent support from African Americans, while Klobuchar secured 3 percent. That’s compared to the two candidates garnering 19 percent and 14 percent of support from white voters, and 10 percent and 4 percent from Latino voters, respectively.

While Buttigieg and Klobuchar both had strong finishes in New Hampshire’s primary, there have long been questions about their support among people of color. And ahead of the South Carolina primary, it appears those questions remain: A recent South Carolina poll from Winthrop University had Buttigieg receiving 1 percent of African Americans’ support while Klobuchar received too little to register in the results (the margin of error for the poll is 5.9 percent).

This dynamic — if it holds — could pose a major challenge for both candidates in South Carolina, the next early state, where the Democratic electorate is 60 percent African American. The state, which has its Democratic primary on Saturday, is the first major test of support from African American voters, and it could well signal that certain candidates aren’t resonating with this critical Democratic constituency, which makes up roughly 20 percent of the party’s voters overall.

Additionally, South Carolina has long been viewed as an important bellwether for other Southern states, particularly Alabama and Georgia, that vote on Super Tuesday and later in March that have similar compositions of voters. An underwhelming performance could stall candidates’ momentum as this series of races kicks off.

“For [any candidate], that almost is the death knell for their campaigns if they don’t do well in South Carolina,” Johnnie Cordero, the head of the state’s Democratic Black Caucus, previously told Vox.

The entrance polls for Buttigieg and Klobuchar mirror the candidates’s struggles to connect with voters of color.

Both have been called out for their records: Buttigieg’s relationship with African Americans in South Bend has been strained by his dismissal of the city’s first black police chief as well as the implementation of an initiative that tore down deteriorating homes. Klobuchar, too, has been pressed about how her work as a prosecutor in Minnesota affected communities of color there and, in recent weeks, has faced scrutiny over her role in a murder case involving a life sentence for a 16-year-old African American boy.

Whether Buttigieg and Klobuchar can overcome these questions about their records and find ways to build support among black voters remains an open question — but the outcome in Nevada offers a glimpse of how that could go.

Colorado progressives aren’t clearing the field for John Hickenlooper
How America could lose its allies
Apple’s new streaming service is still mostly defined by what we don’t know
GM workers are on strike to accomplish what Trump couldn’t
Can you change your behavior in 30 days?
Can Joe Biden ride the Resistance to victory?